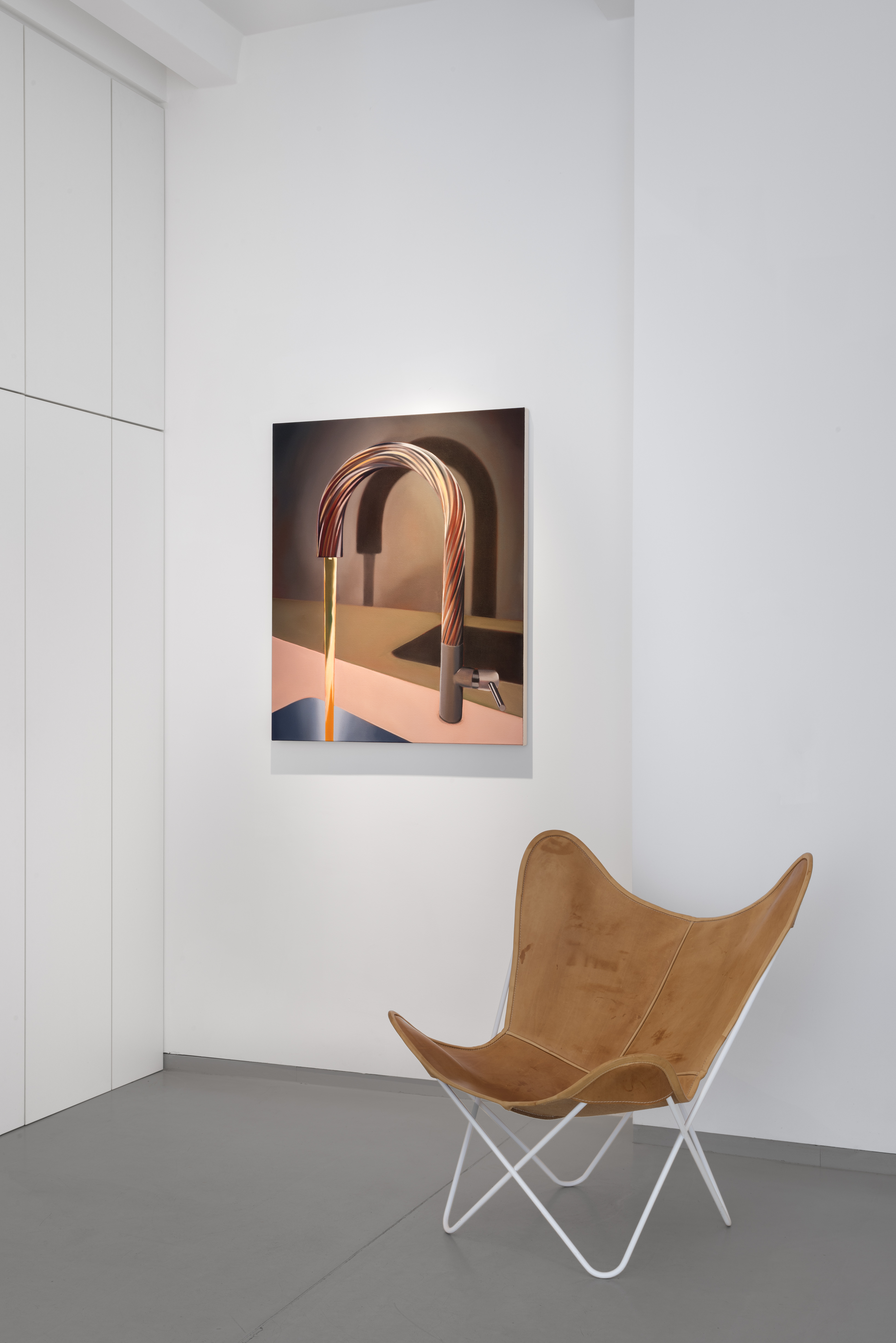 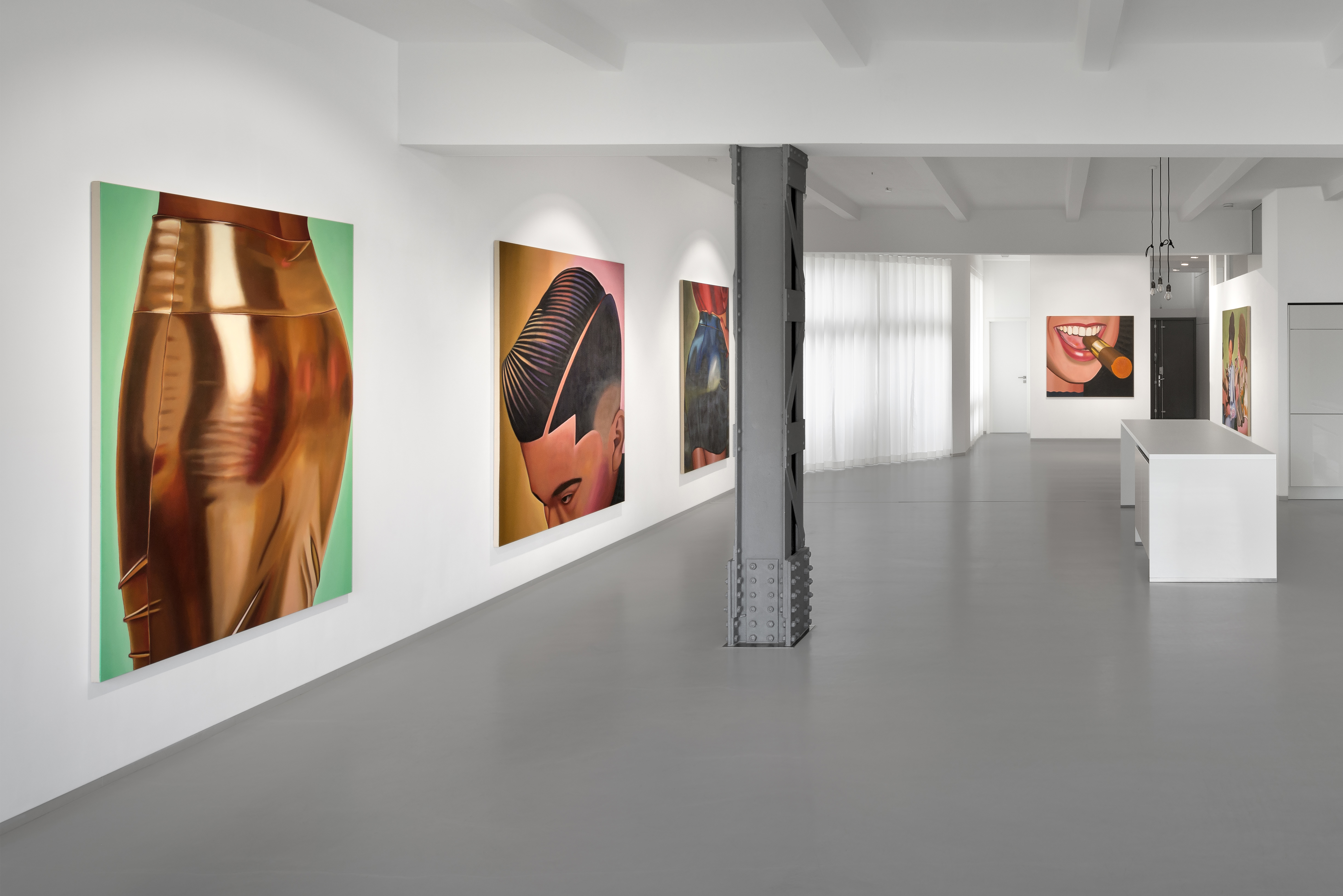 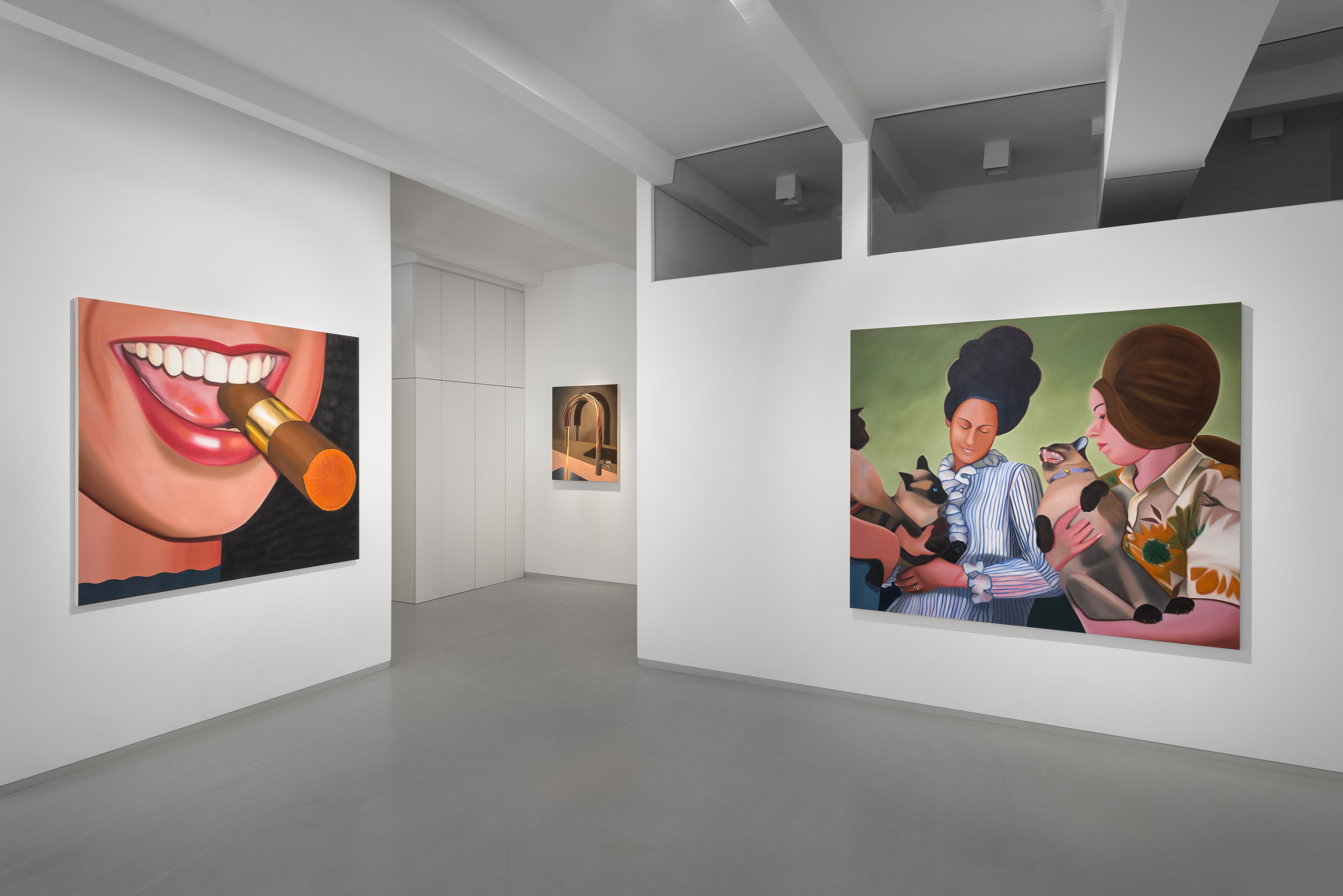 INFO
Sally Kindberg (b.1970, Stockholm) is a contemporary artist working and living in London. Kindberg obtained both her BA in Fine Art (2007) and her MFA in Fine Art (2012) from Goldsmiths College, University of London..
Prolific in her achievements, the artist has exhibited extensively since.  Kindberg was nominated for the John Moores Painting Prize 2020 and had shows  at Peter von Kant Gallery, London (s), Four You Gallery, Dubai (s), London Now, Space K, Seouls, Domesticity, curated by Sasha Bogojev, Volery Gallery, Dubai, “WO’s Next”, Warehouse Gallery, Hong Kong and Error Explanation at 68Projects, Berlin, with whom she also just exhibited at Enter Art Fair in Copenhagen.  Sally has upcoming solo shows in 2022 at Everyday Mooonday, Seoul (s) and Thierry Goldberg gallery, New York (s). She will participate in a group show at Eligere Gallery, Seoul, and in Sausage Party, curated by Julie Senden, at Rodolphe Janssen, Brussels

Do you love the heady thrill of the chance? The luck of the draw? Sally Kindberg explores our inner desire for thrill seeking with her punchy canvases at DUVE Berlin’s latest exhibition, *Rush*.

Gambling allows us to step outside of ourselves and put things into the laws of chance. Revel in the rush of colour at the hands of Kindberg, who is fascinated by the inner workings of our minds and our inherent hedonistic dispositions.
Building upon her typical style, which sees zoomed in aspects of Kindberg’s day to day fascinations, the canvases are fragments of a reckless world. Fragments of the body are preferred rather than wholeness; allowing for a projection of narratives. Like snapshots of the bigger picture, Kindberg isolates for analysis.

Slick buzz cuts are zoomed in from above, as we investigate the tops of heads of city workers. In *Monero*, Kindberg is influenced by gambling and the ambiguity of cryptocurrencies and trading. Enlarged, zoomed in and in focus, they are abstracted – like enlarging figures in a video game, the world of Kindberg sees unlikely focuses through her magnifying glass. Isolated without background or interior context, they float in front of bold fruit machine colours and hum with the vibrance of games and casino culture. In another work, fruits are liberated from the confines of the fruit machine, a popular casino game, and have their scales and sizes confused. Watermelons are dwarfed to the size of grapes and lemons swell to unreal proportions. In *Dynamite*, the protagonist’s cigar shines bright with explosive sparks and gleamingly bright teeth despite her proclivity for tobacco. In the curl of her smile, we cannot help but ask why things that are bad for us are so good.

How do we negotiate shame? What if we like it? Pert bums in pencil skirts are encased in latex, in *Golden Ticket*. Black and slick, her lower half looks like a vessel – an ancient Greek amphora – with deviance at play. Where’s the whip? Kindberg is playing with ‘the moment before’ and anticipation and questioning why we are drawn to the excitement of not knowing. Then she makes it shiny – the glow in the work pulsates from canvas to canvas.


Kindberg’s works see visual quotes from found imagery as well as her surroundings, picking up and isolating curiosity in the everyday, and making it colourful, shiny and zoomed in. In *Jackpot*, Marge Simpson-esque bouffant and stylized Siamese cats are lifted from stock imagery. Enlarged, rendered in Kindberg’s flat yet soft brush, they are banal and unsettling. “Cats represent both bad and good luck – I found it interesting to understand their dual nature and the values we hold them to” says Kindberg.

In *The Last Supper*, Kindberg toys with the Baroque and makes it kitsch. The centre features an anatomical heart on a silver platter. Whose heart? There’s an air of deadly romance, further theatricalized by the skirts of two women that frame the composition that are also reminiscent of Baroque curtains. *The Last Supper* is a curtain call and a warning to the disasters of love, the chance of passion and the fickleness of our emotions. Served up cold – in a sterile-meets-fantastical setting – how should we negotiate issues of the heart? This piece is about chemistry, and the rush of passion – and the possibilities of a bitter finale.
​​​​​​​
At the heart of Kindberg’s practice is a negotiation of our love of risk. What draws Sally to chance? “Painting is about chance. There’s a lot of risk involved.” Kindberg’s delightful bizarre works sit in their own reality yet, like the devil on our shoulder in the most innocent of guises, invites to get involved, and feel the rush. Do we take the risk?
Press Text