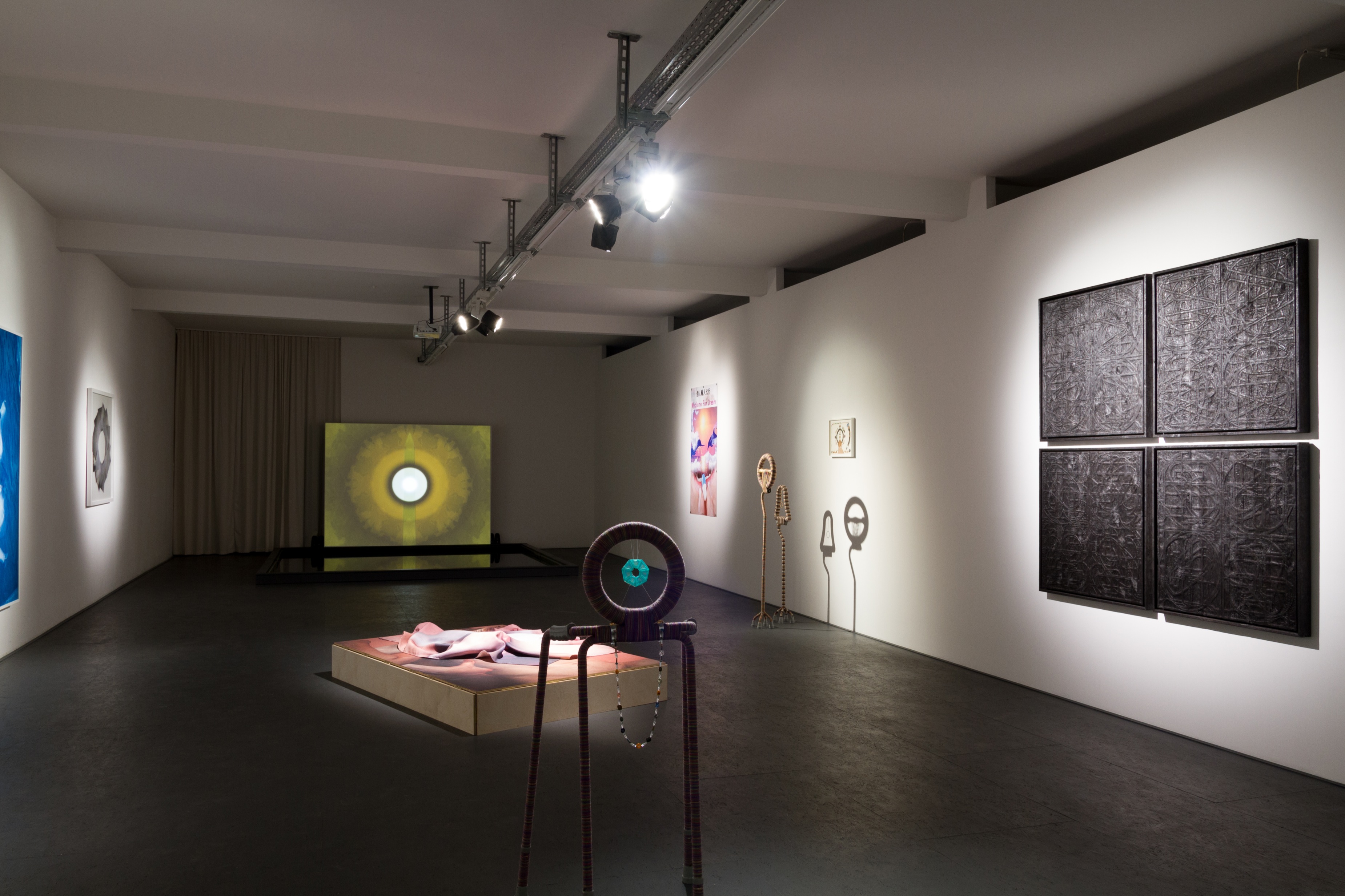 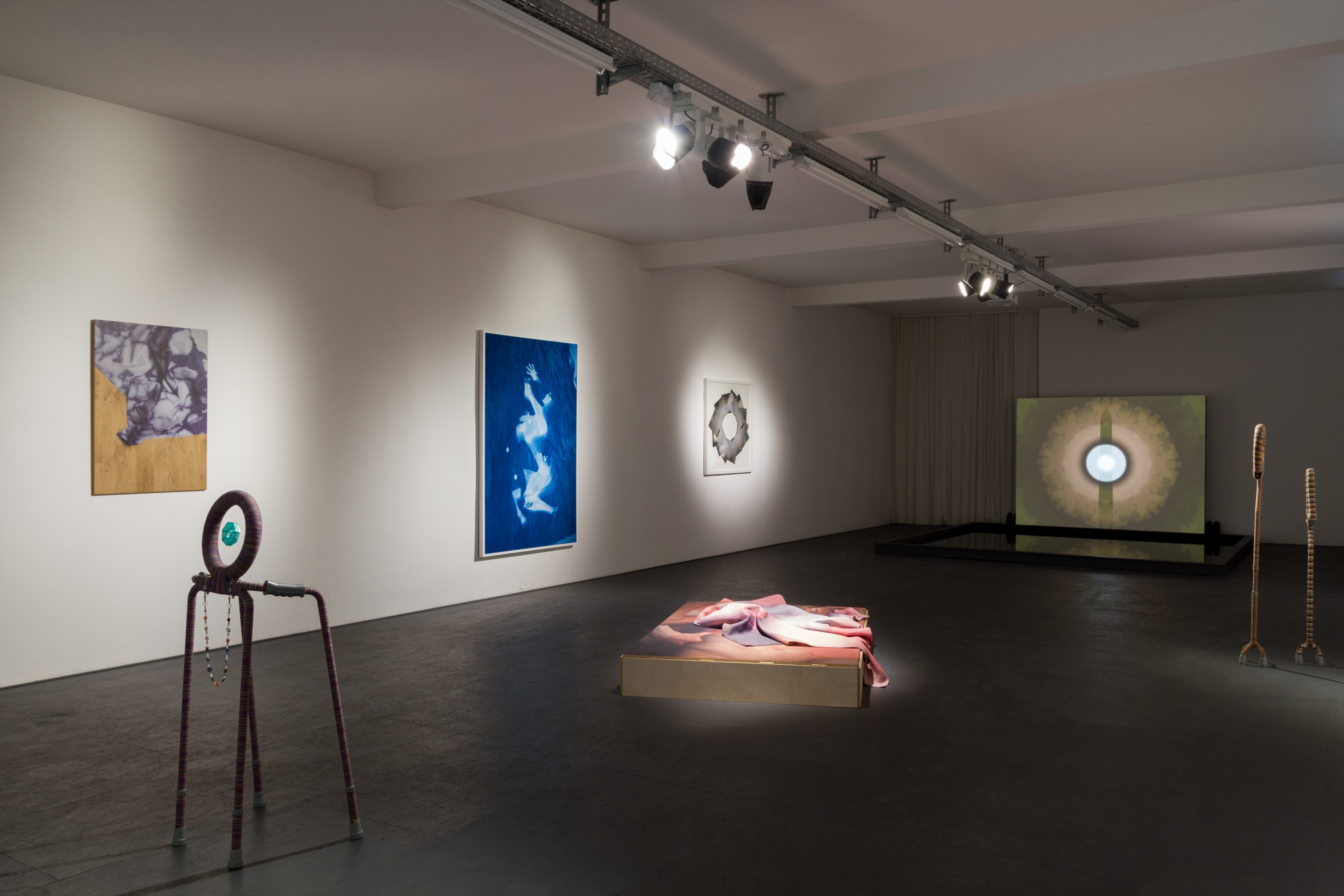 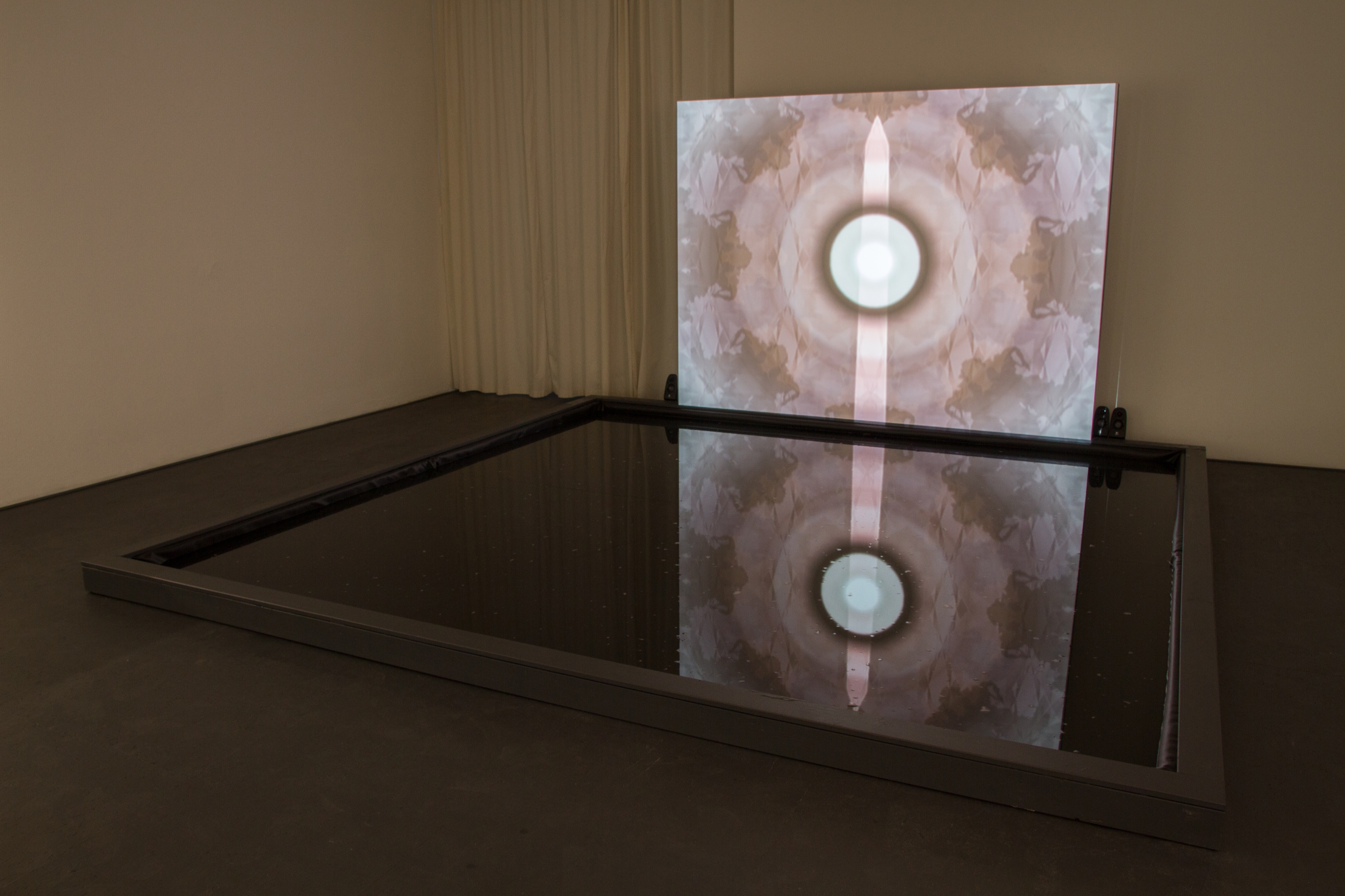 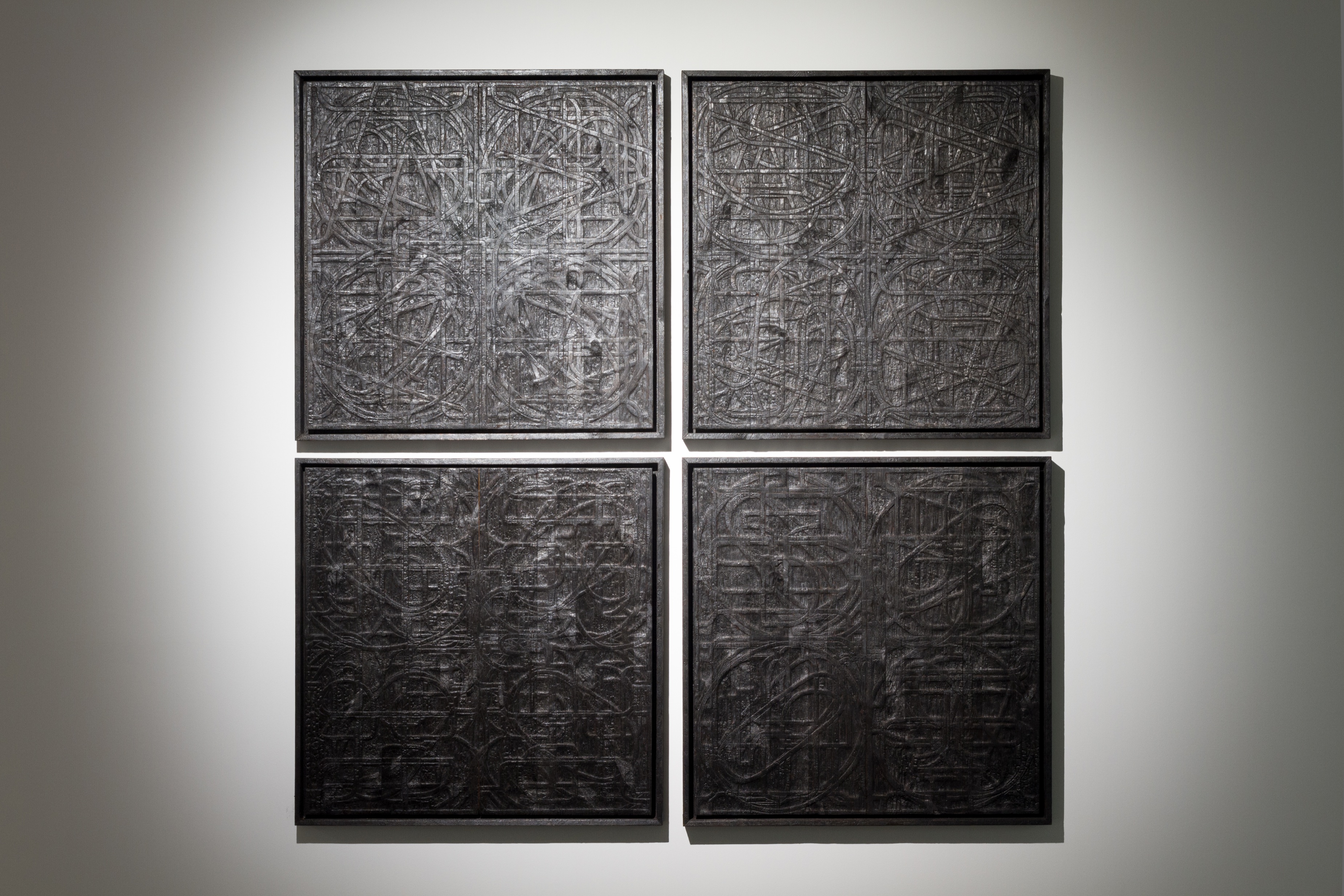 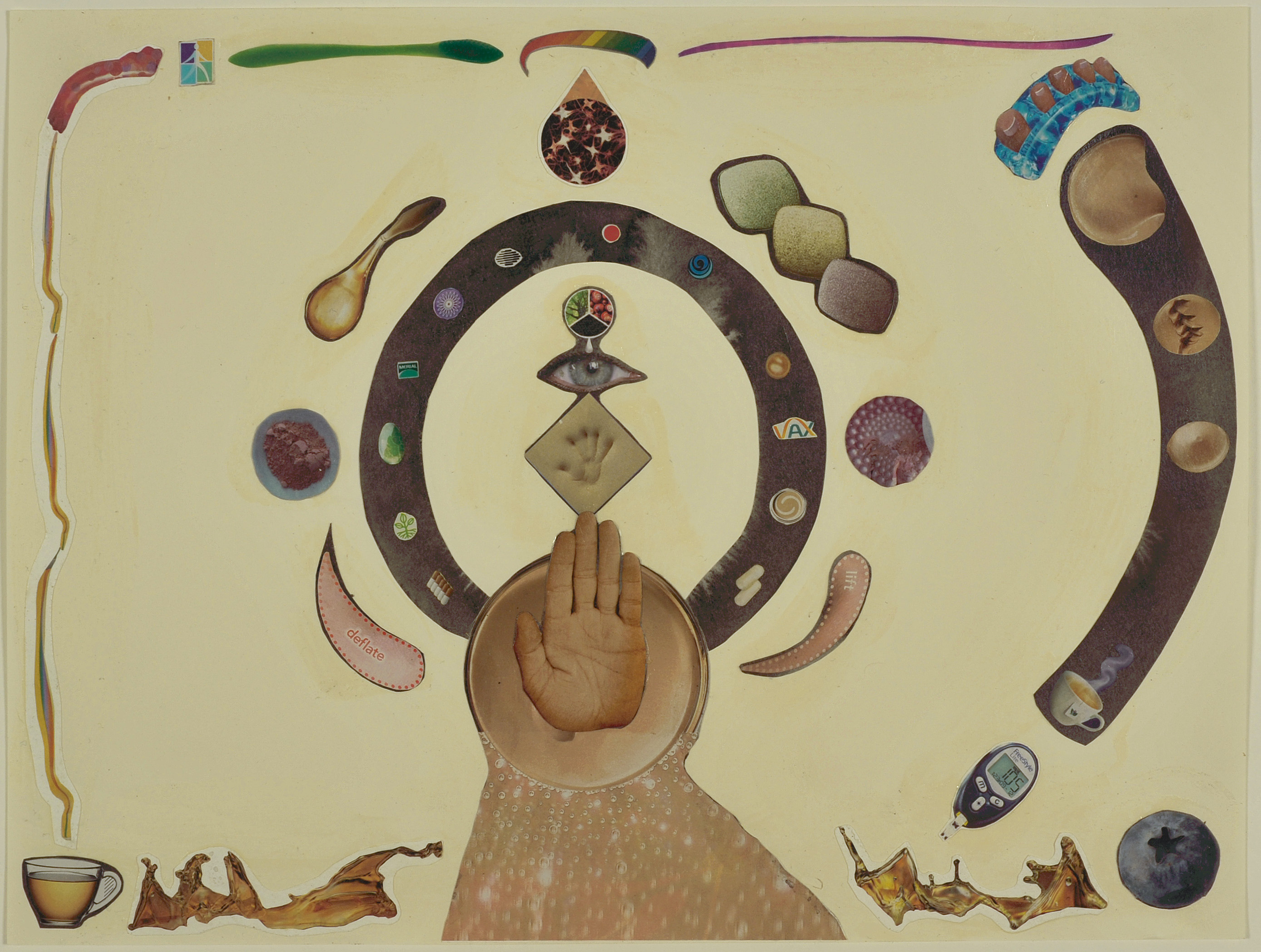 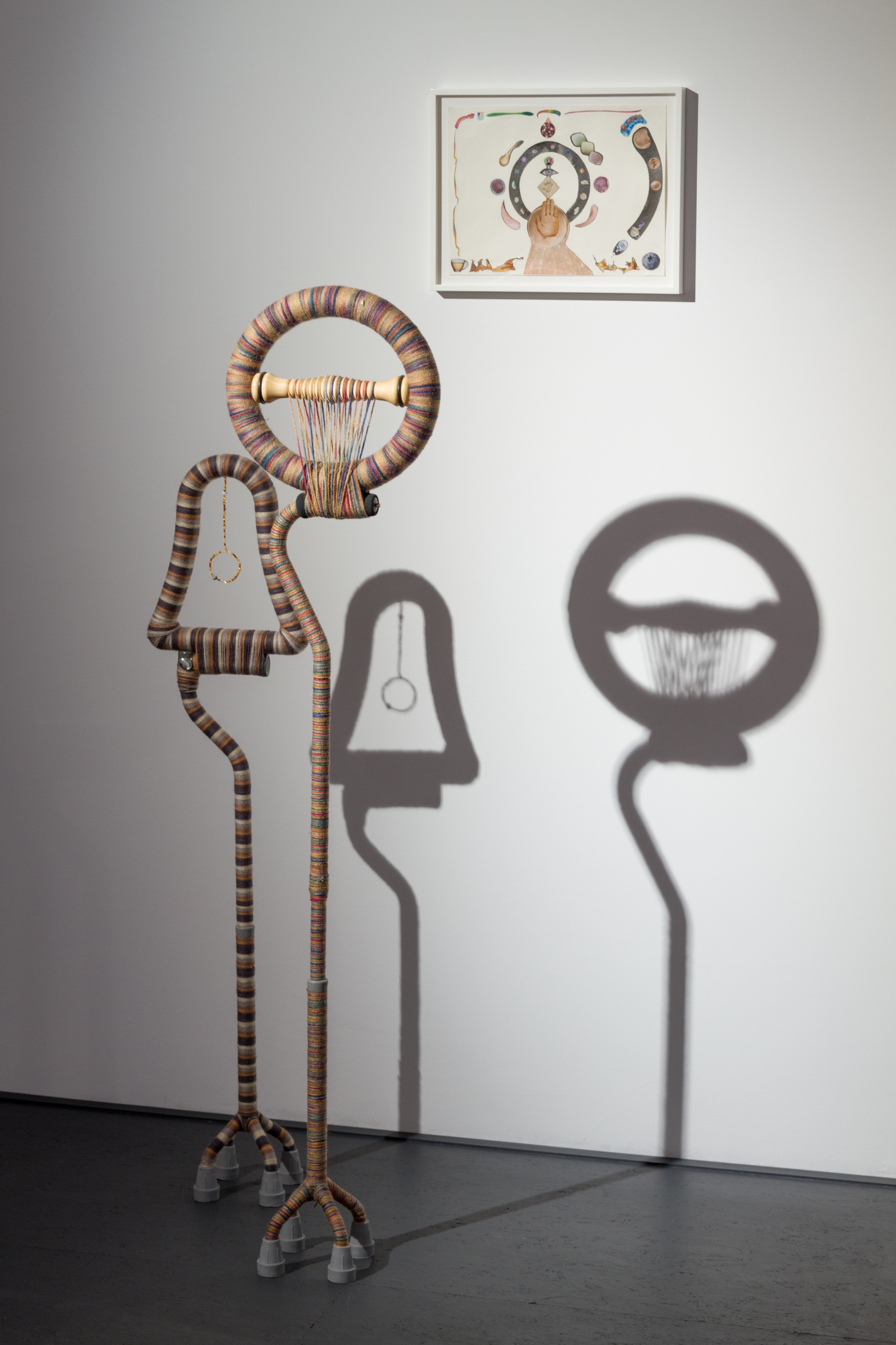 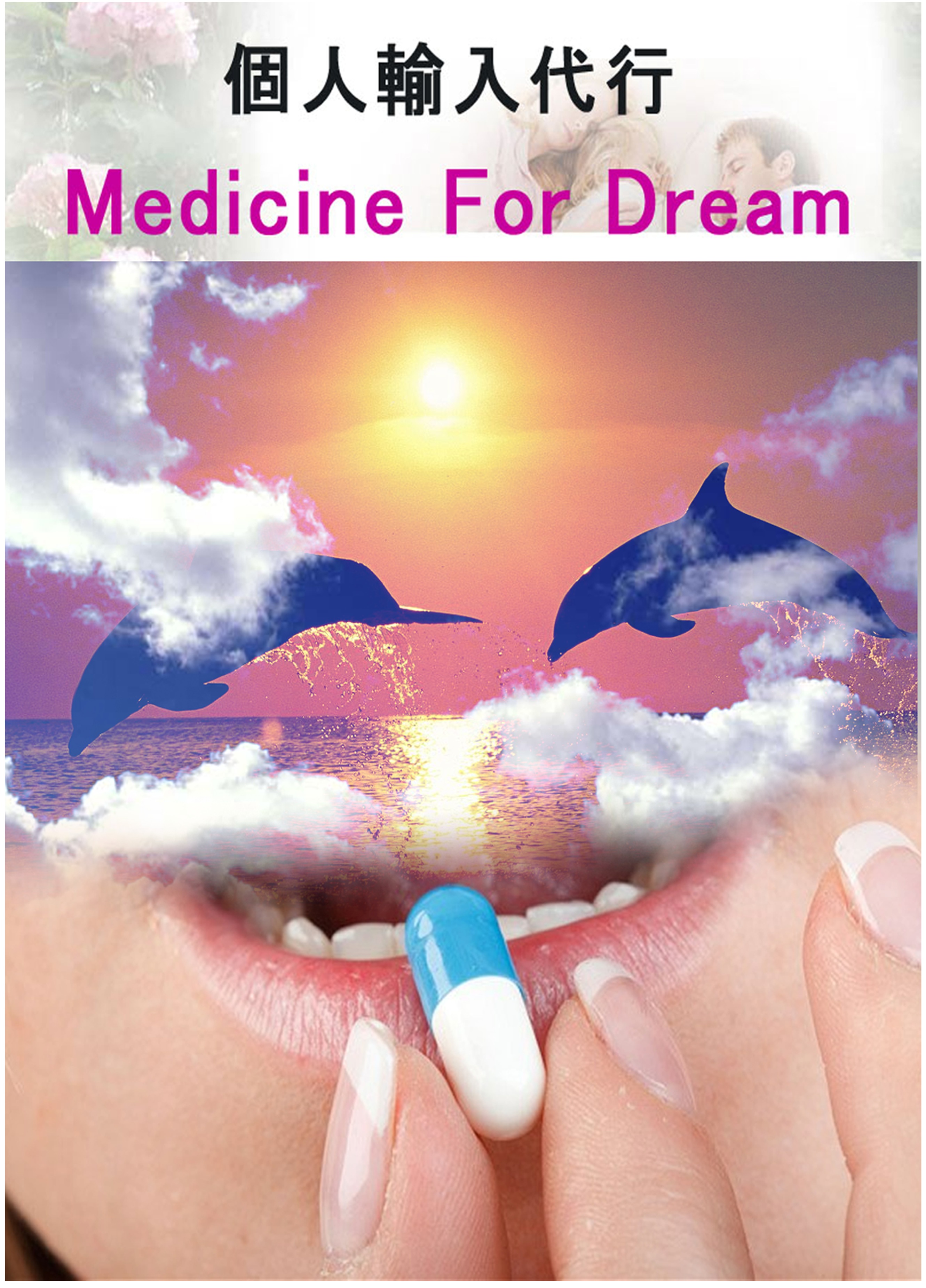 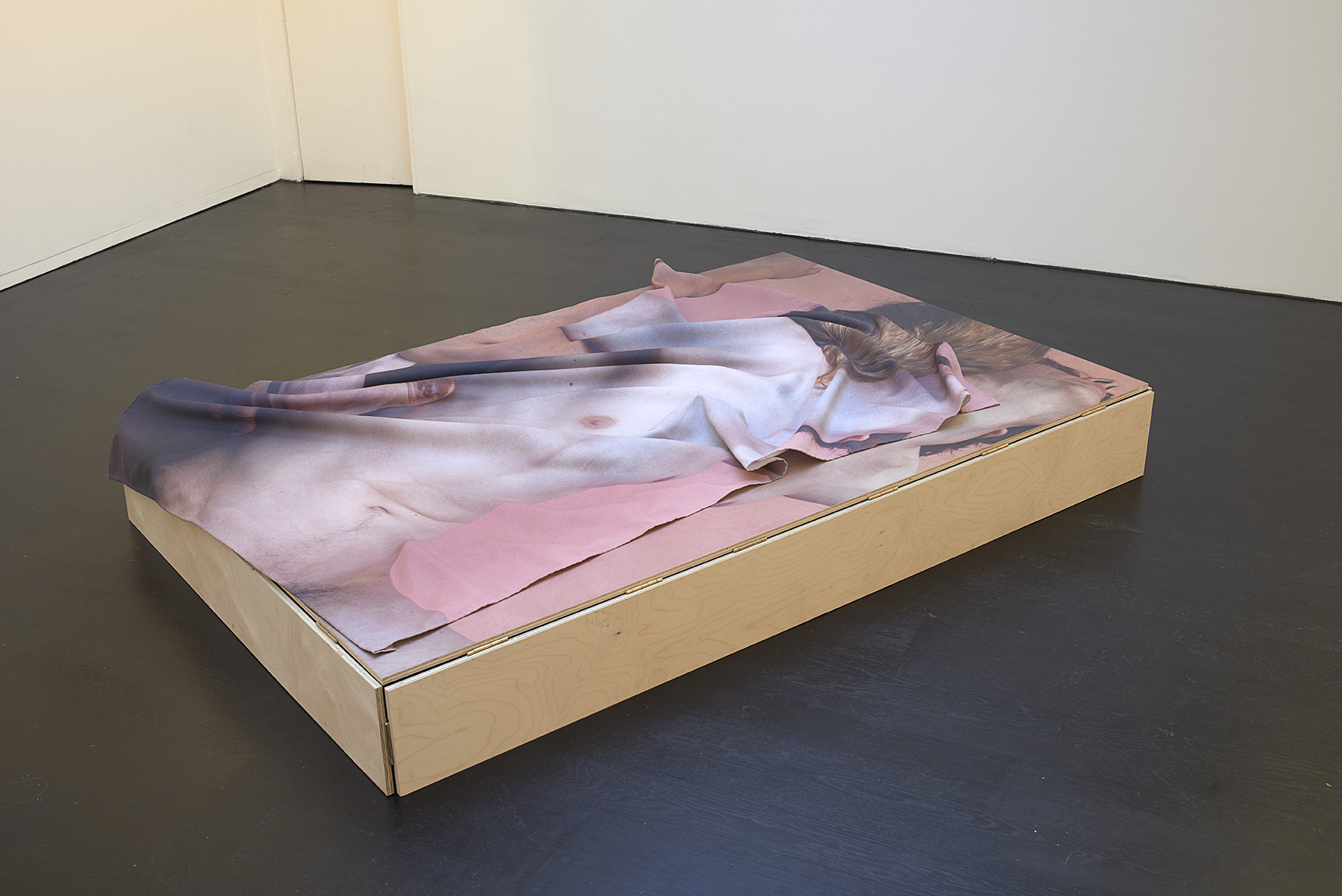 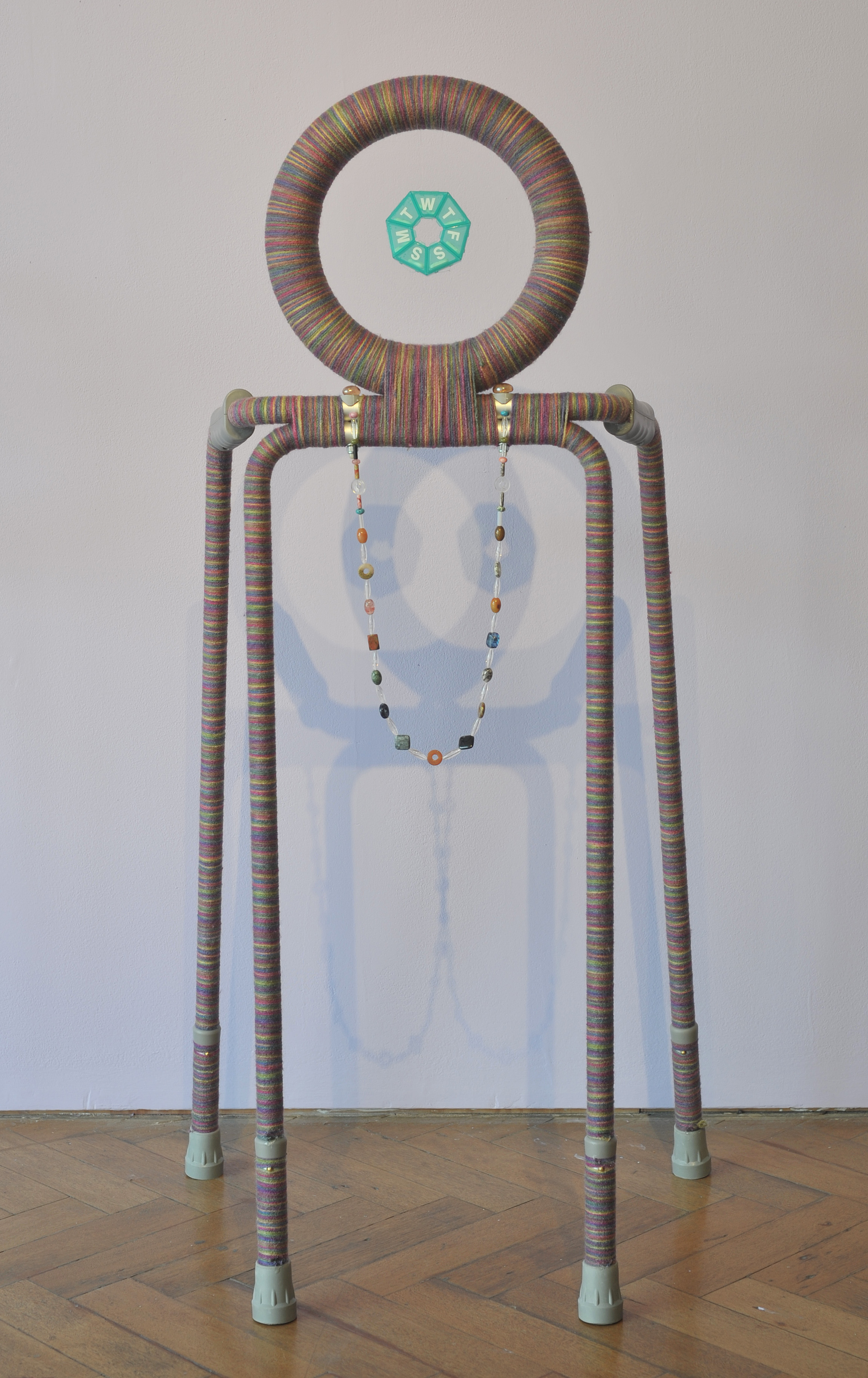 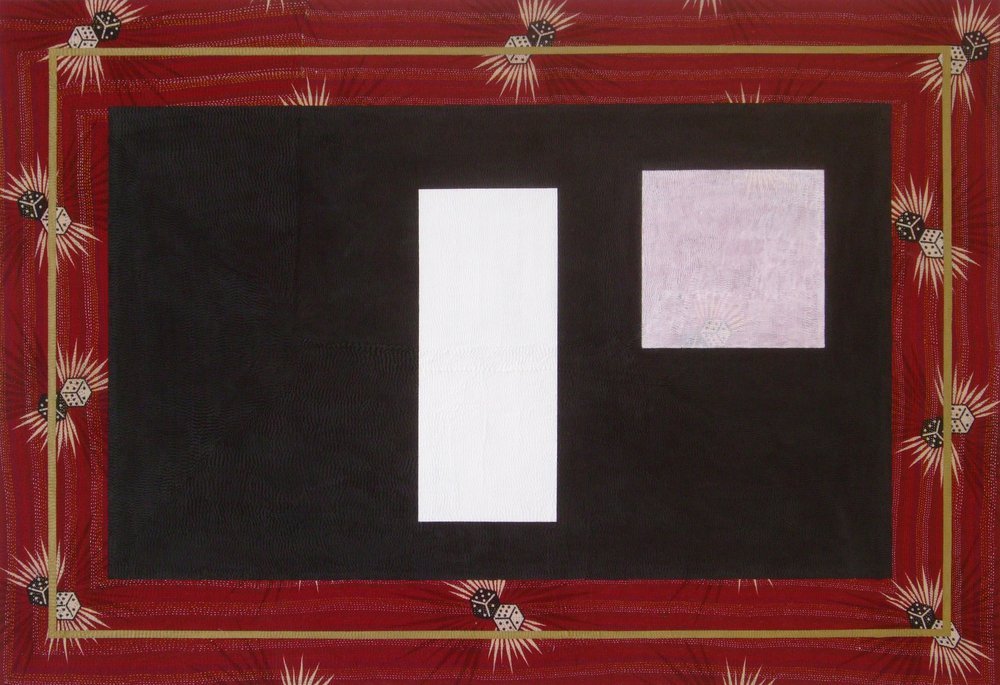 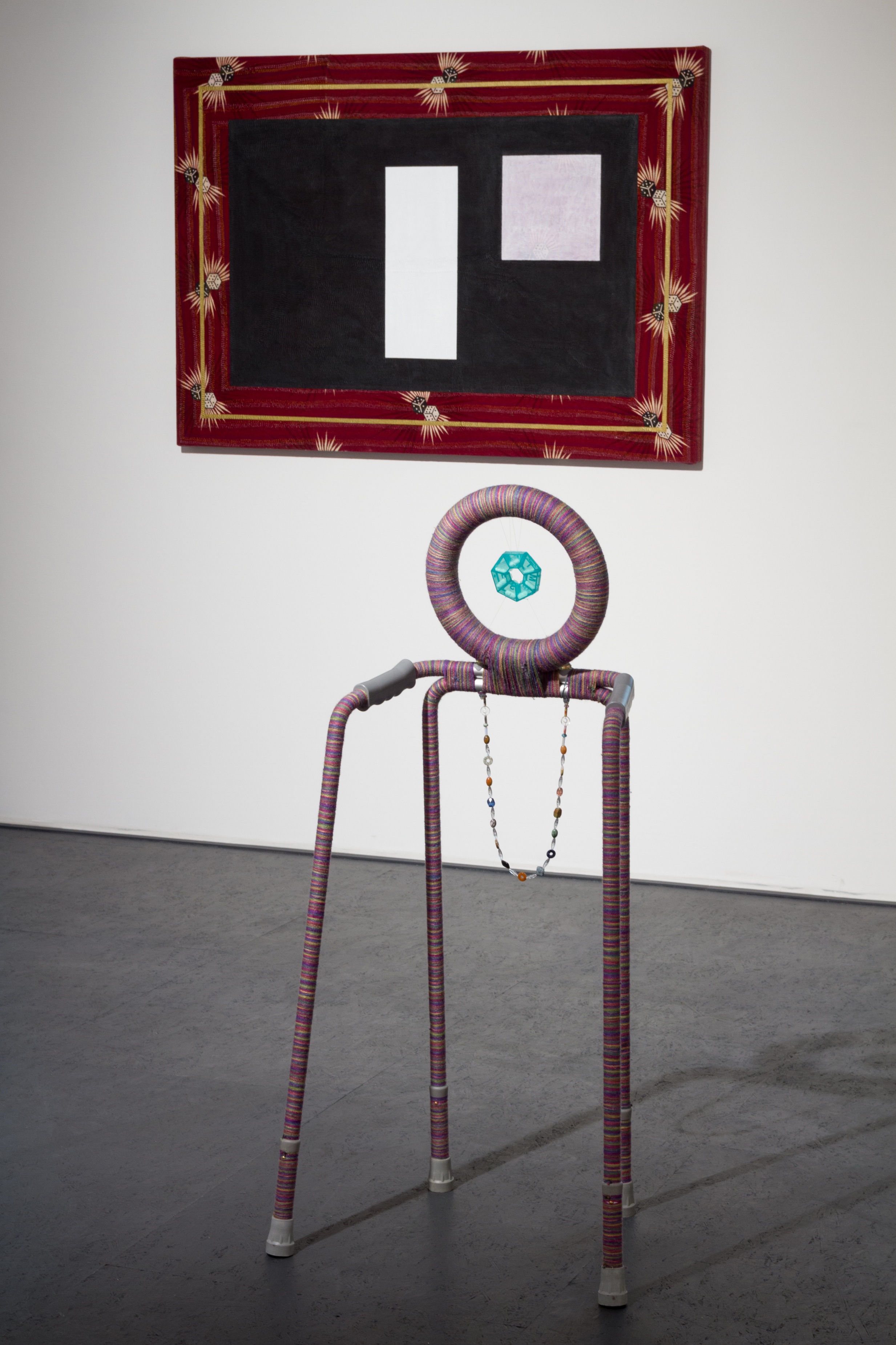 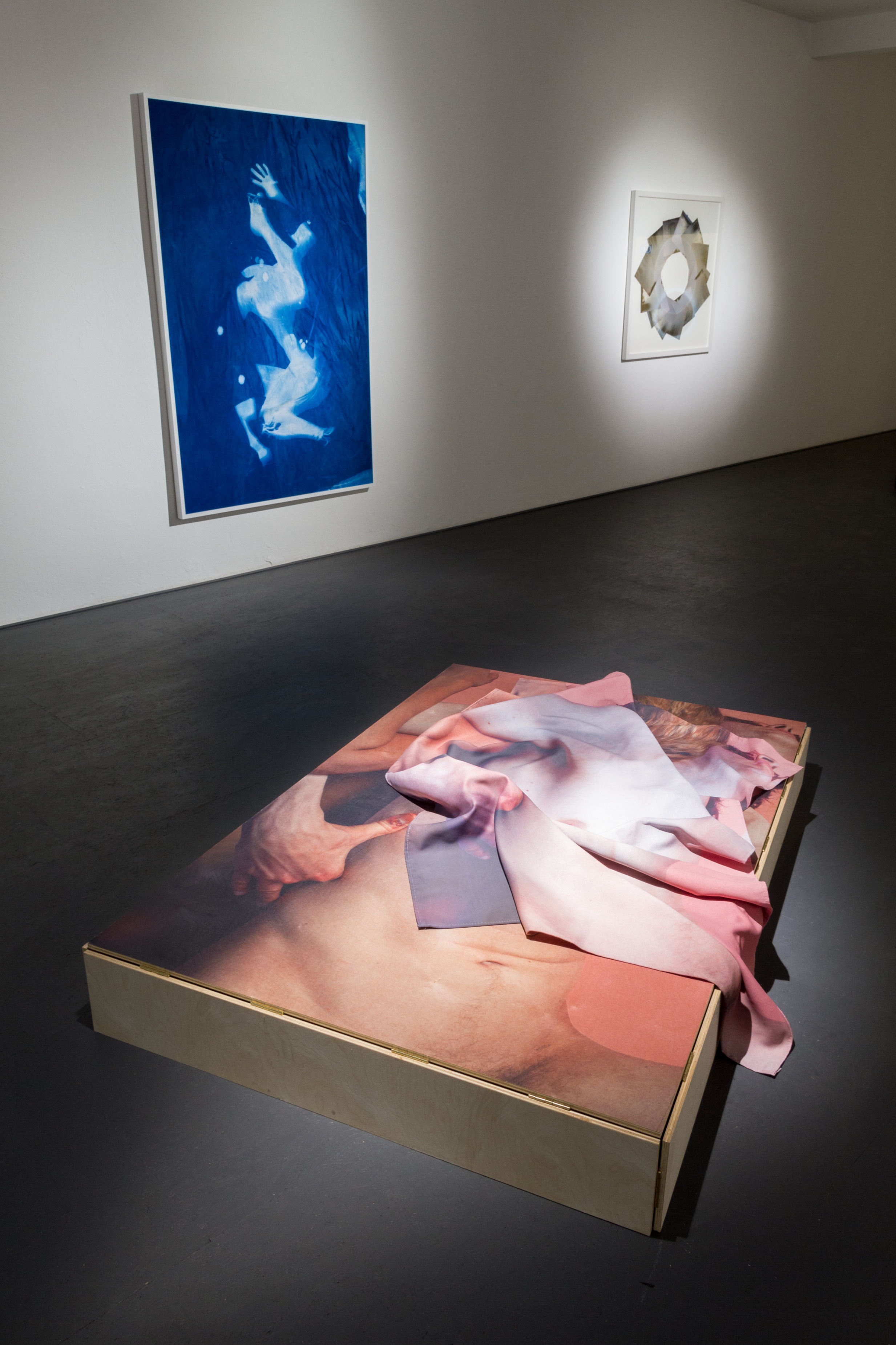 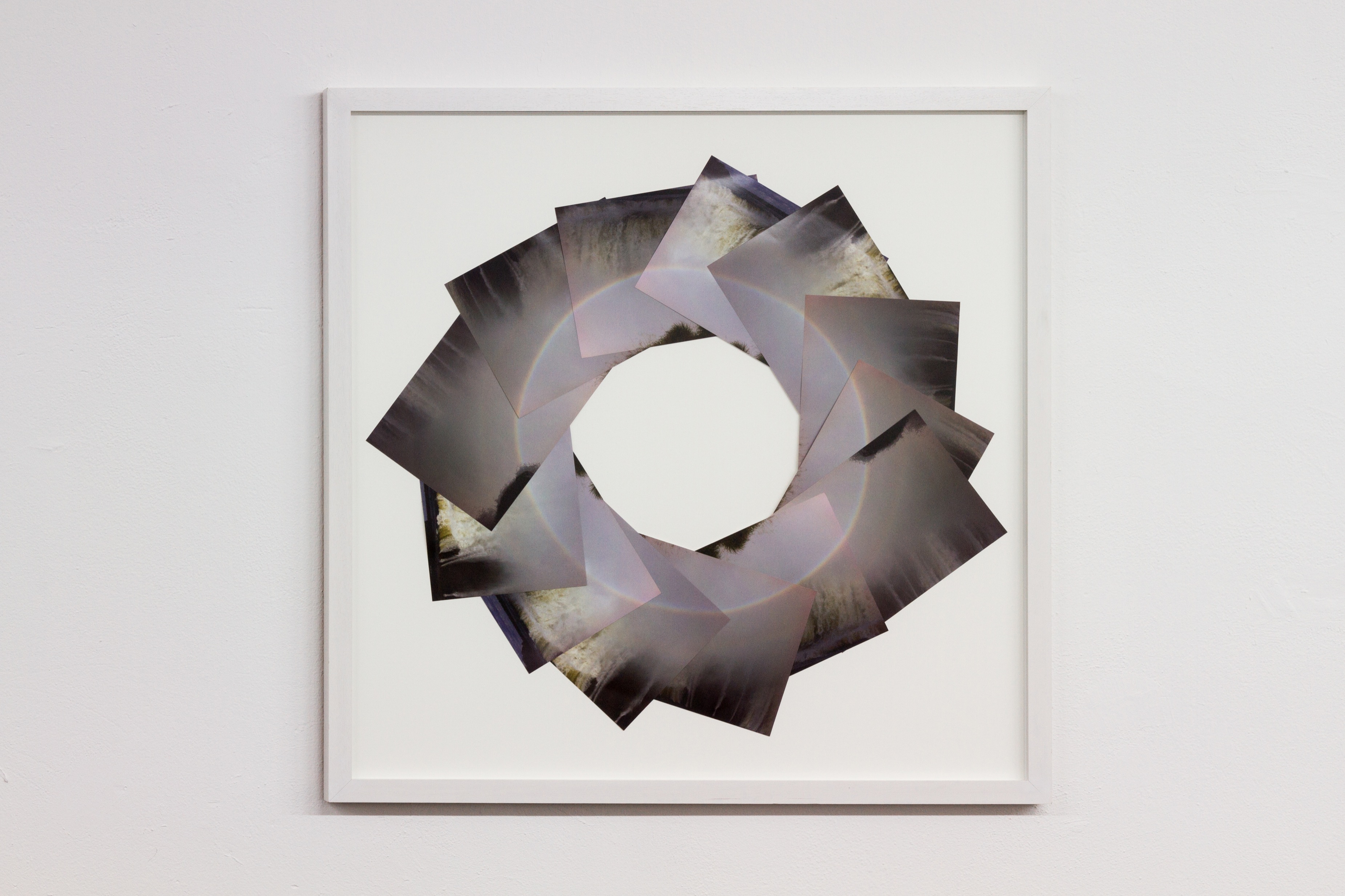 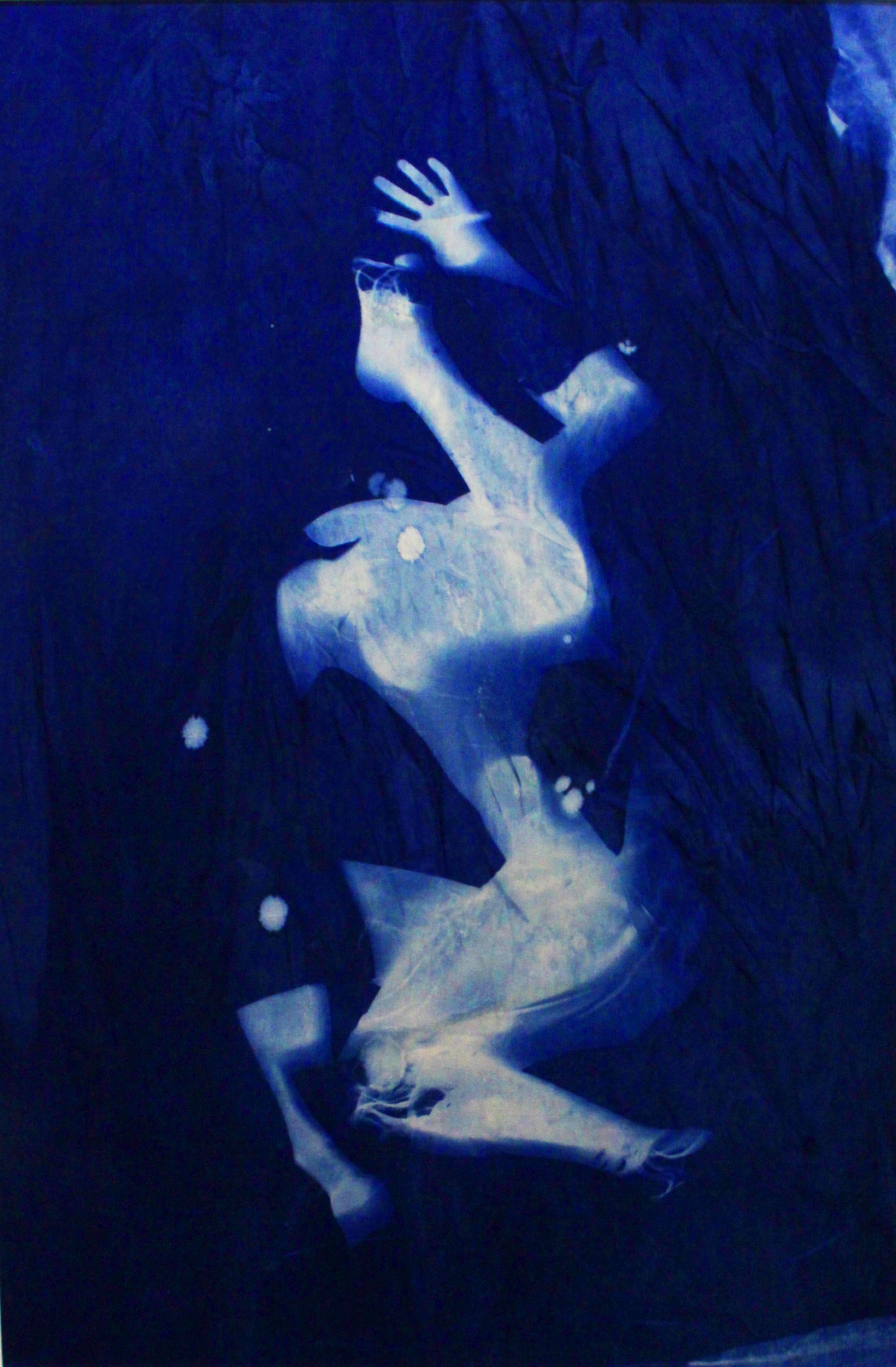 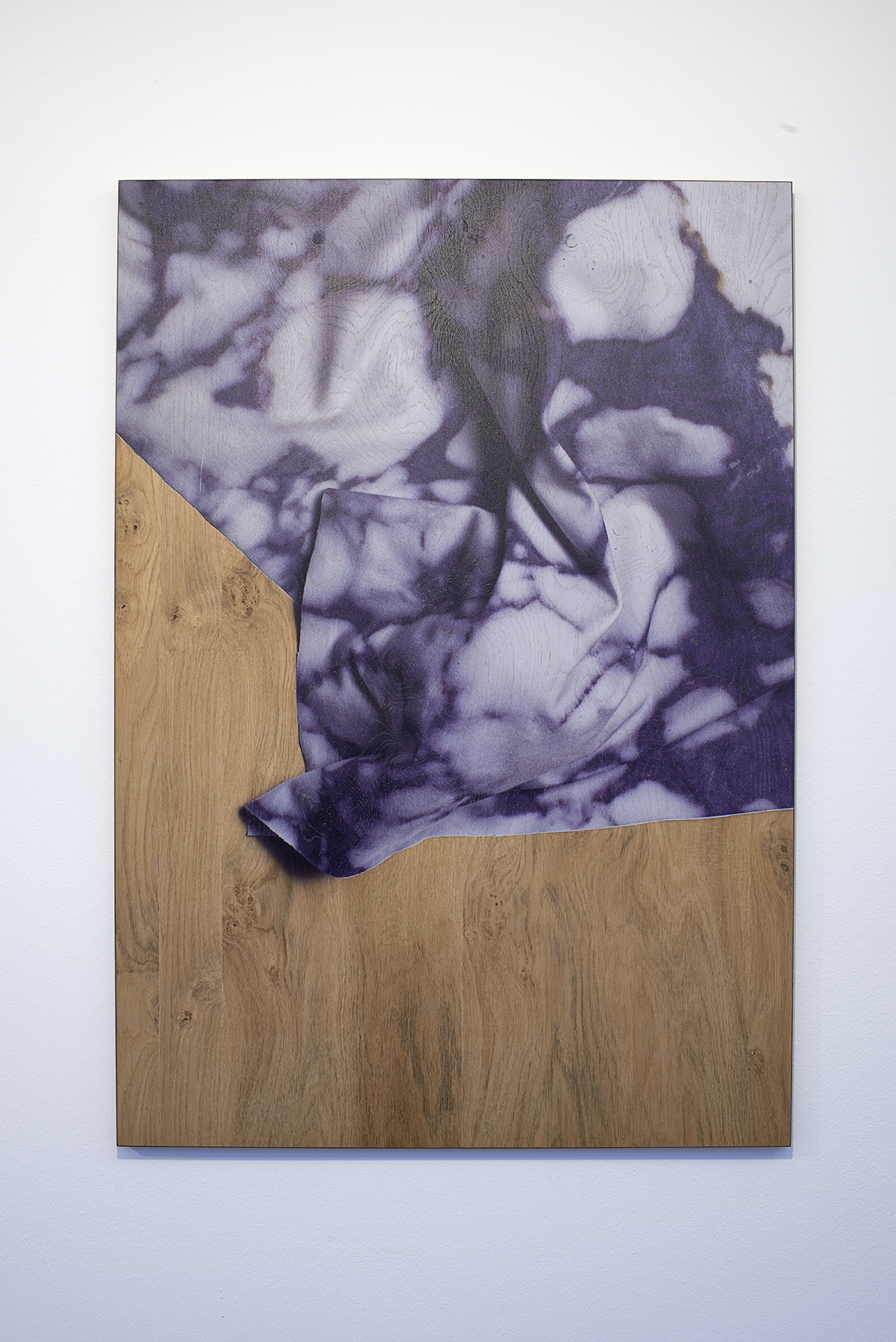 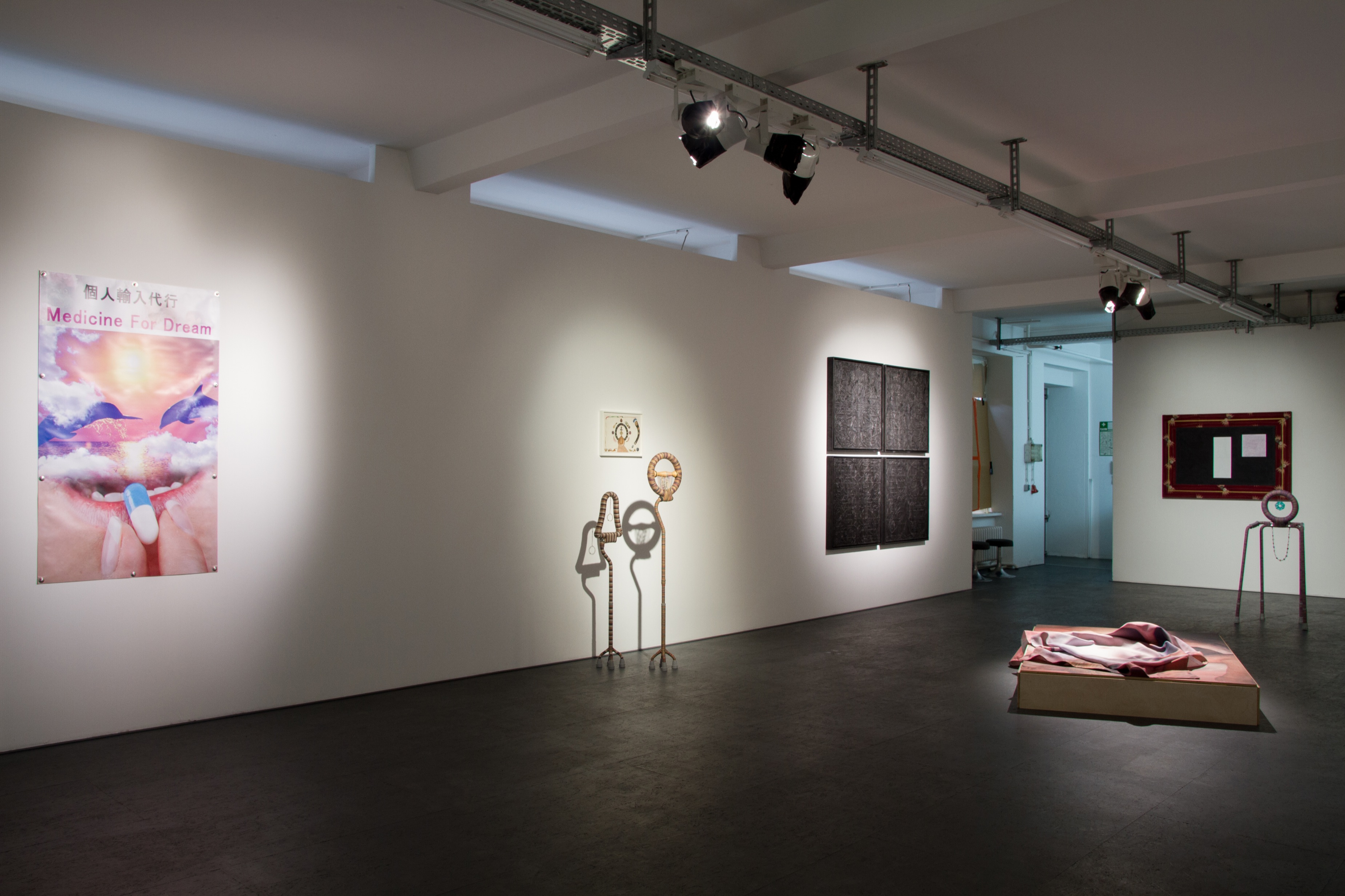 INFO
An astrological age lasts for approximately 2,150 years – the time it takes for the vernal equinox to move from one constellation of the zodiac into the next. In our era, this is a procession from Pisces to Aquarius. Some believe that such changes affect mankind, influencing the rise and fall of civilizations or cultural tendencies: The age of Aquarius is said to be associated with love, unity, integrity, freedom, modernization, rebellion, veracity and transparency. Its colors are silver, aqua, purple, electric pink and blue. But no one can agree whether this age has already arrived or if it is still far away.* Have we experienced a new dawn for mankind or are we still under the sign of the Piscean values - power and control? Can we pin our hopes on the stars? The works in this exhibition paint a picture of cosmic and earthly desires; they invoke other possible worlds and in some cases reject them. This Age of Aquarius catalogues artists’ wrestling with hope and doubt, questioning the effectiveness of new age symbolism in the 21st century.
Shezad Dawood (b.1974) trained at Central St Martin’s and the Royal College of Art before undertaking a PhD at Leeds Metropolitan University. Dawood works across many different forms of media, looking at a discursive model of practice that takes in both mystical and literary/historical narratives. Often drawing on his complex heritage, his projects have been influenced by Sufism as much as Samuel Beckett and his large-scale interventions often work with musicians, actors and other collaborators across a breadth of global locations: including the Middle East, Europe, India and the Americas. Recent projects include ‘Waiting (Insha’allah)’, a restaging of Samuel Beckett’s ‘Waiting for Godot’, working with children of Arab immigrants in Milan and ‘Until the End of the World’, a large-scale neon installation at The Third Line in Dubai (both 2008), which was subsequently acquired by the Museum of Modern Arab Art in Qatar. Dawood is one of the winners of the 2011 Abraaj Capital Art Prize. His work has been exhibited internationally, including as part of ‘Altermodern’, curated by Nicolas Bourriaud, at Tate Britain, the 53rd Venice Biennale (both 2009) and the Busan Biennale in Korea (2010). His further extensive exhibitions include projects in cities such as Dubai, Mumbai, New Delhi, Fribourg, Amsterdam, Sydney and Winnipeg. Future projects include a new feature-length science-fiction film to be exhibited in a solo show at Modern Art Oxford (2012) and a collaboration with contemporary dance choreographer Jasmin Vardimon at Sadler’s Wells in London (2013). Dawood currently lives and works in London, where he is Senior Lecturer and Research Fellow in Experimental Media at the University of Westminster.

James Howard (b. 1981) is fascinated with spam emails whose intent is fraudulent or which attempt to
sell questionable consumer products.  A student of internet scam strategies and an aficionado of the low-grade communication often associated with them, his recent work samples texts and images hijacked from real emails in his junk folder. The resulting collages are displayed as posters and screen grabs . The effect is a litany of enticement, preying on our perceived insecurities , and a garish portrait of the background/marginal commercial communication of our day. His work has recently been exhibited at the Saatchi Gallery and at the Frankfurter Kunstverein.

Juliana Cerqueira Leite (b. 1981) engages the history of figurative art, re-formulating representation to reflect volition in form. Her practice explores notions of control over matter and the body’s physical translation of will and desire, investigating how form is produced through repeated intention. Primarily a sculptor Leite makes use of traditional sculptural processes and materials while breaking away from the historical syntax of figurative representation. Leite makes use of physically demanding activities such as digging, rolling, climbing, and falling, to resolve sculptural concerns, approaching these themes also through drawings, photography and video. Leite’s practice unites performance and sculpture to represent the physical mutability at the core of everyday being. Juliana Cerqueira Leite completed an MFA Sculpture at London’s Slade School of Fine Art in 2006, followed by an MA in Drawing at Camberwell College of Art. She has since exhibited her work internationally with recent group shows in Lithuania, California and London including Newspeak at the Saatchi Gallery, Bold Tendencies IV at the Hannah Barry Gallery, the 4th Marrakech Biennial and recently a solo show at Galleria Lorcan O’Neill in Rome. Juliana is recipient of the 2006 Kenneth Armitage Sculpture Prize and the 2010-11 A.I.R. Gallery Fellowship. She was also in residence in 2009 at the Banff Arts Center in Alberta Canada. Her work is held in private collections in New York and London.

Shana Moulton’s (b.1976) installation and performance practice begins with her fictional alter- ego, Cynthia, a hypochondriac housewife fixated upon miracle cures , tv- shopping products and New Age rituals. Although Cynthia believes in the unity of the universe, she lives in a social vacuum. Nevertheless, the sculptural setting in which the videos are presented involve the viewer in her vision. For a brief moment the audience par takes of her low- tech Pop fantasy life in which objects and consumer products are at once banal and uncanny. Her video work has been screened and exhibited internationally, including at Art in General, New York , Migros Museum, Zurich; Contemporary Museum of Ar t , Uppsala; Rencontres internationales Paris /Berlin, Paris; Aurora, Edinburgh; Darklight Festival, Dublin; Impakt Festival, Utrecht ; Internationale Kurzfilmtage, Oberhausen; Broadway 1602,
New York ; and Gimpel Fils , London. Moulton‘s performances have been presented at venues
including The Kitchen, New York ; PERFORMA 09, New York ; Aurora Picture show, Houston; Electronic Arts Intermix, New York ; The Bluecoat , Liverpool; Socrates sculpture Park , New York ; among others .

Matthew Stone (b. 1982) is an artist and shaman. These two interconnected roles are defined by his activities as photographer, sculptor, performance artist, curator, DJ, Optimist and cultural provocateur. He has shot covers for i-D magazine, Dazed & Confused, Clash and GQ Style and directed music videos for These New Puritans and others. His recent exhibitions and performances have taken place at the Baltic, the Royal Academy, the ICA, the 4th Marrakech Biennale and Tate Britain.

Mark Titchner (b. 1973) Working across a number of media including digital print, wall drawing, video, sculpture and installation, Titchner’s practice explores systems of belief, both secular and spiritual, often focusing on the marginalized, discredited or forgotten ideologies and objects we place our faith in. Using the impersonal language of the public realm, ranging from the quasi-mysticism of corporate mission statements to the maxims of revolutionary socialism, his work exhorts us to believe in it. Motifs taken from advertising, religious iconography, club flyers, trade union banners, prog-rock and political propaganda all vie for our attention. The common denominator of this quest for idealism is a quest for enlightenment; a desire for some form of transcendence; and yet, abstracted from its original context, the message appears drained of meaning. We know that we are being asked to respond but the purpose is unclear, leaving us only with the formal means of exhortation and our own desire for meaning.

Margo Trushina (b. 1981) works with the mechanisms of perception and the complexities of our relationship to space. Her practice includes interactive installations and outdoor sculptures, that invite us to consider how build spaces function as social, psychological and perceptual environments. Trushina studied Photography at the Moscow State University and Institute of Problems of Contemporary Art under Josef Bakhstein in Moscow. She then went to obtain her MA in Fine Art from the Chelsea College of Art in London. Since 2006 she has shown in various exhibitions in Russia, Europe and the UK. In addition to gallery shows, her works recently featured in a number of public exhibitions, including at Castello De Rivoli Museo D’Arte Contemporanea, Turin, Italy, Multi-Media Art Museum, Moscow; Chelsea Parade Ground, London; Archstoyanie Land Art Festival, Moscow, and others. Trushina will be participating in the Young Art Biennial 2012 in Moscow and Summer Exhibition at the Royal Academy, London.