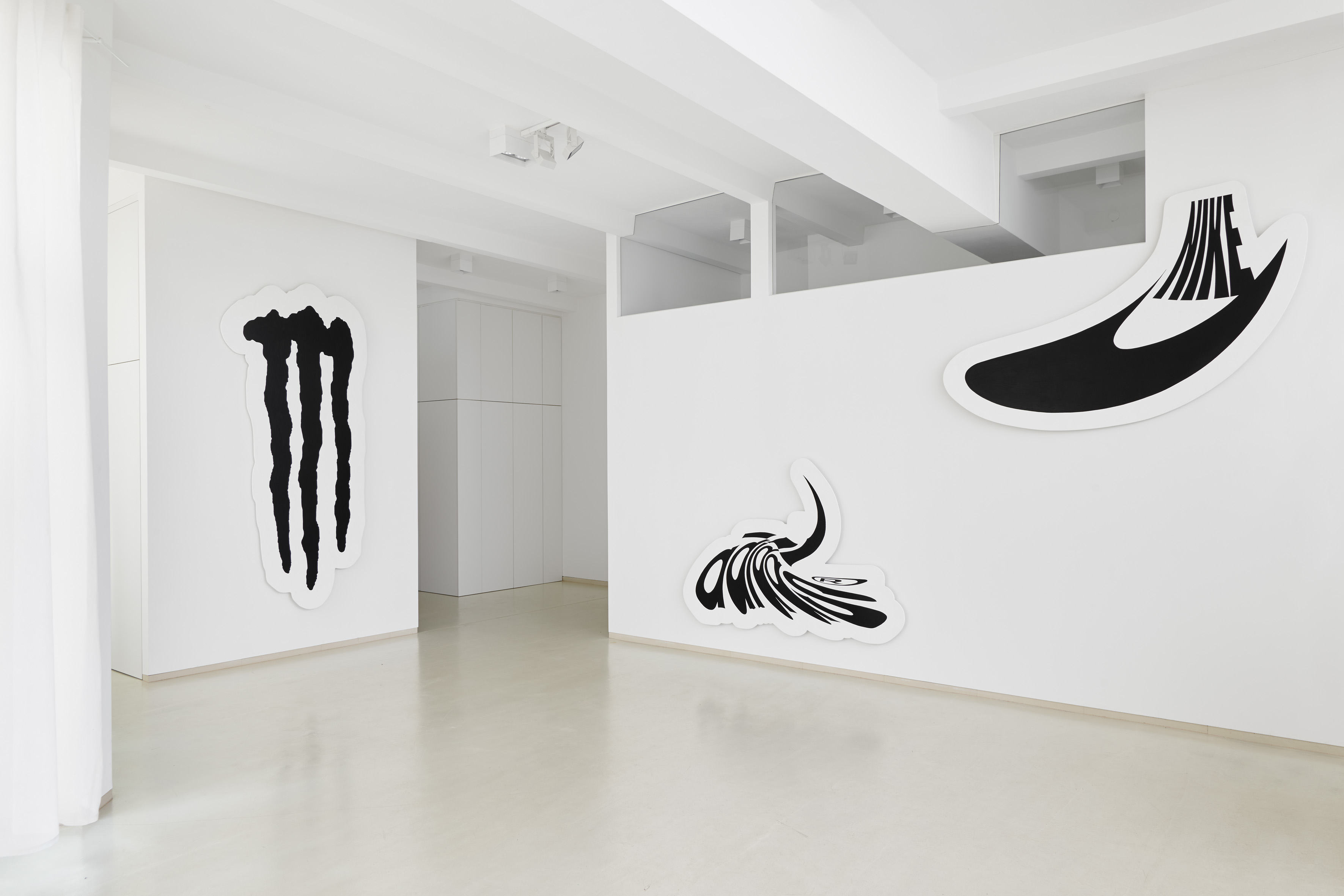 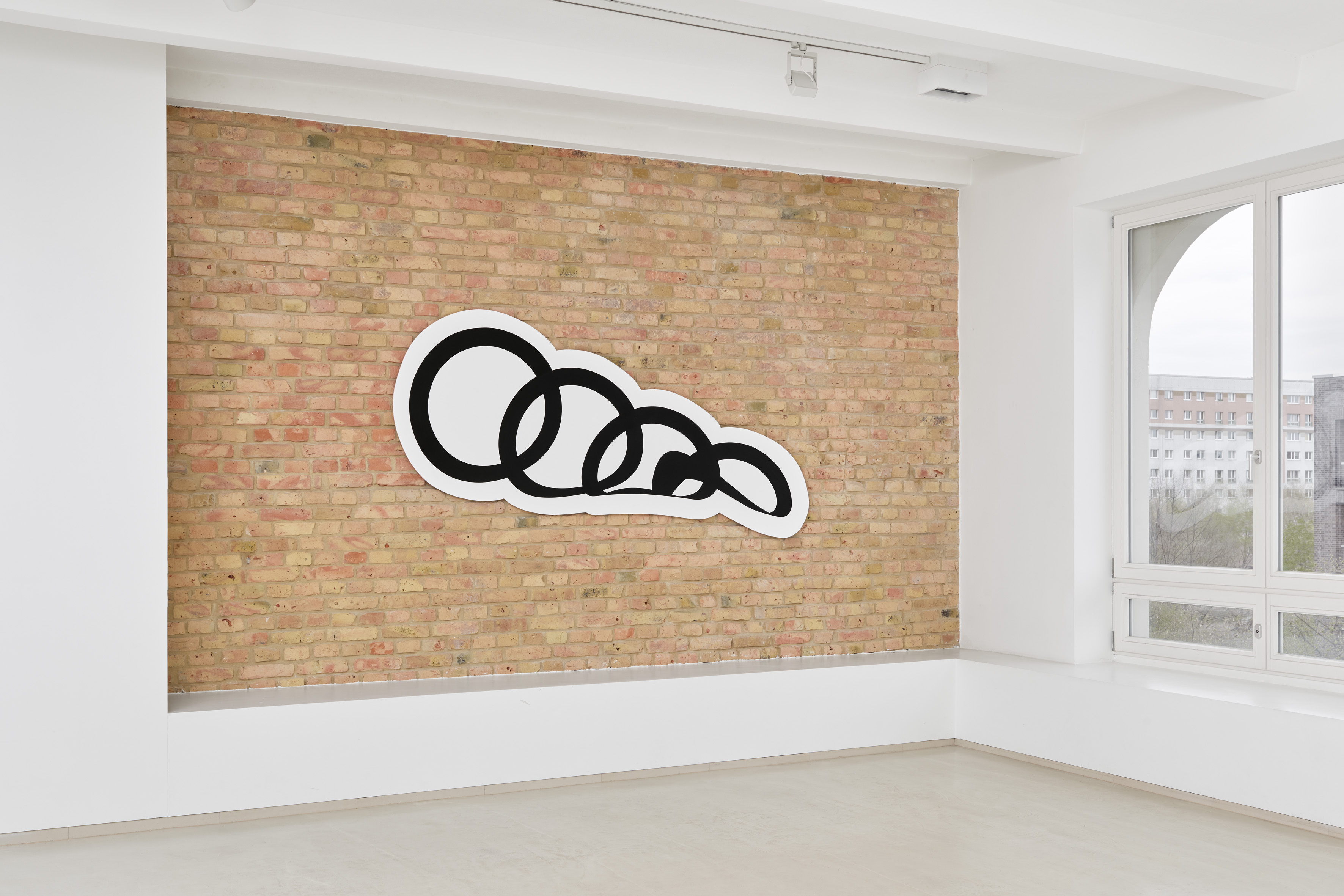 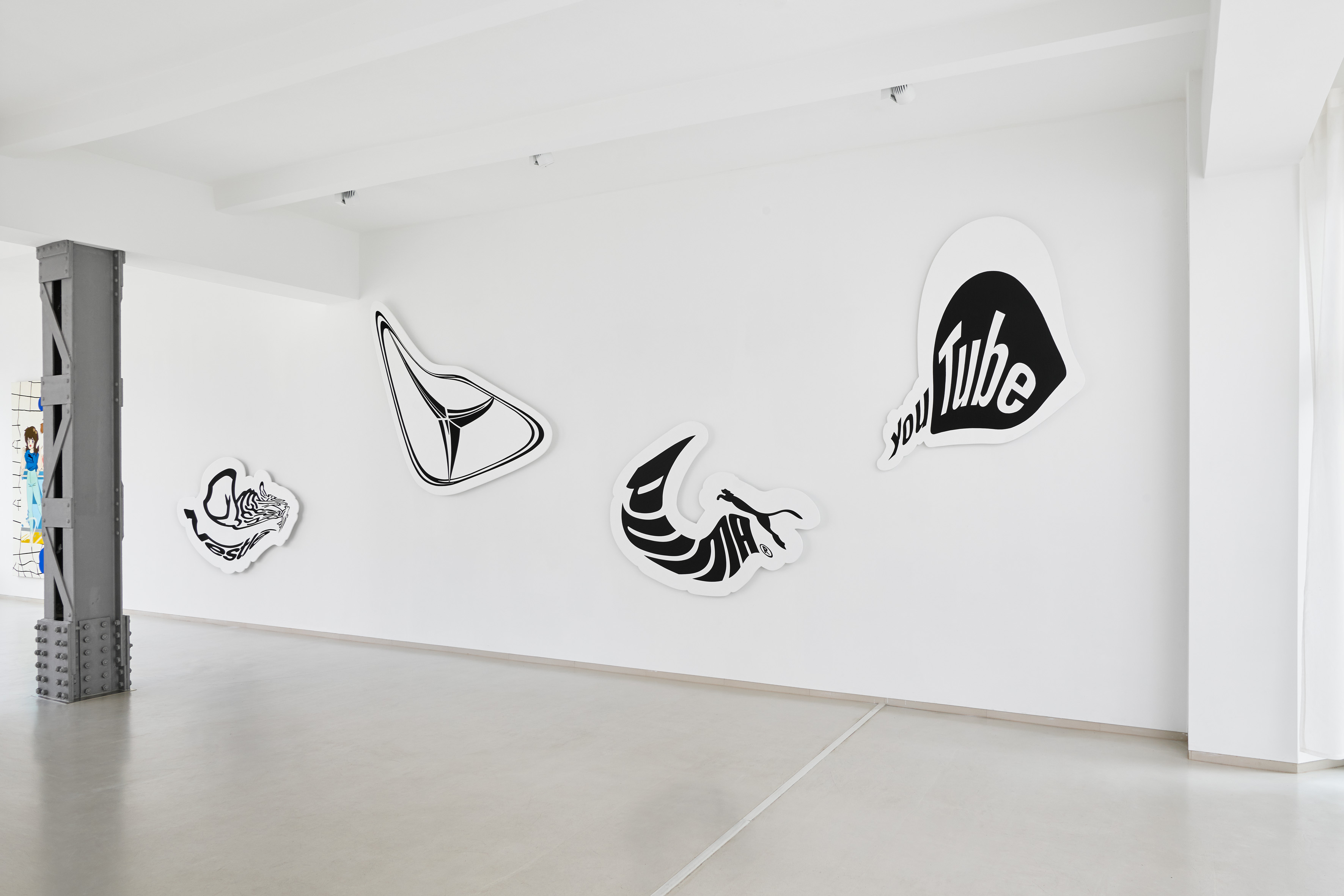 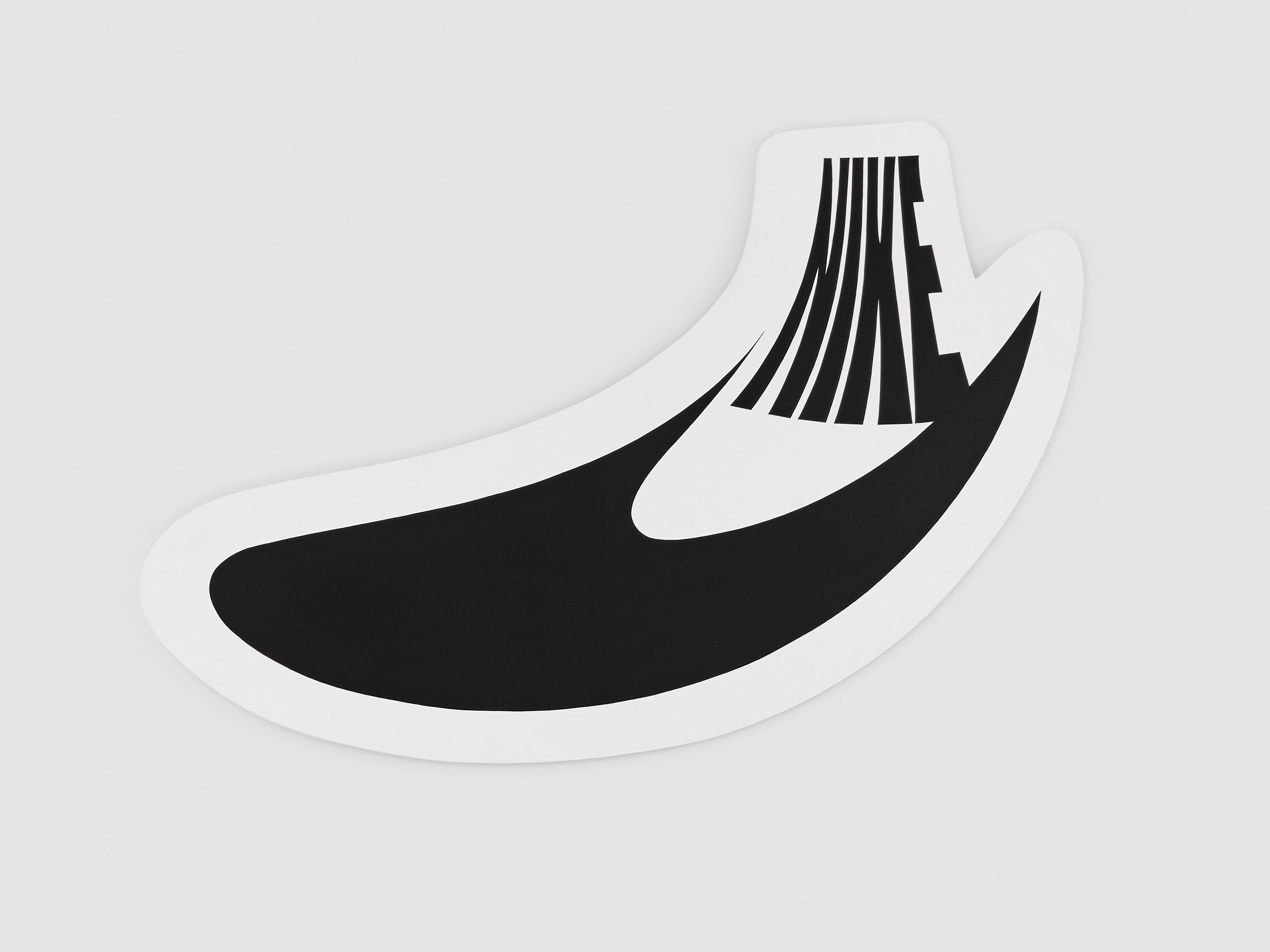 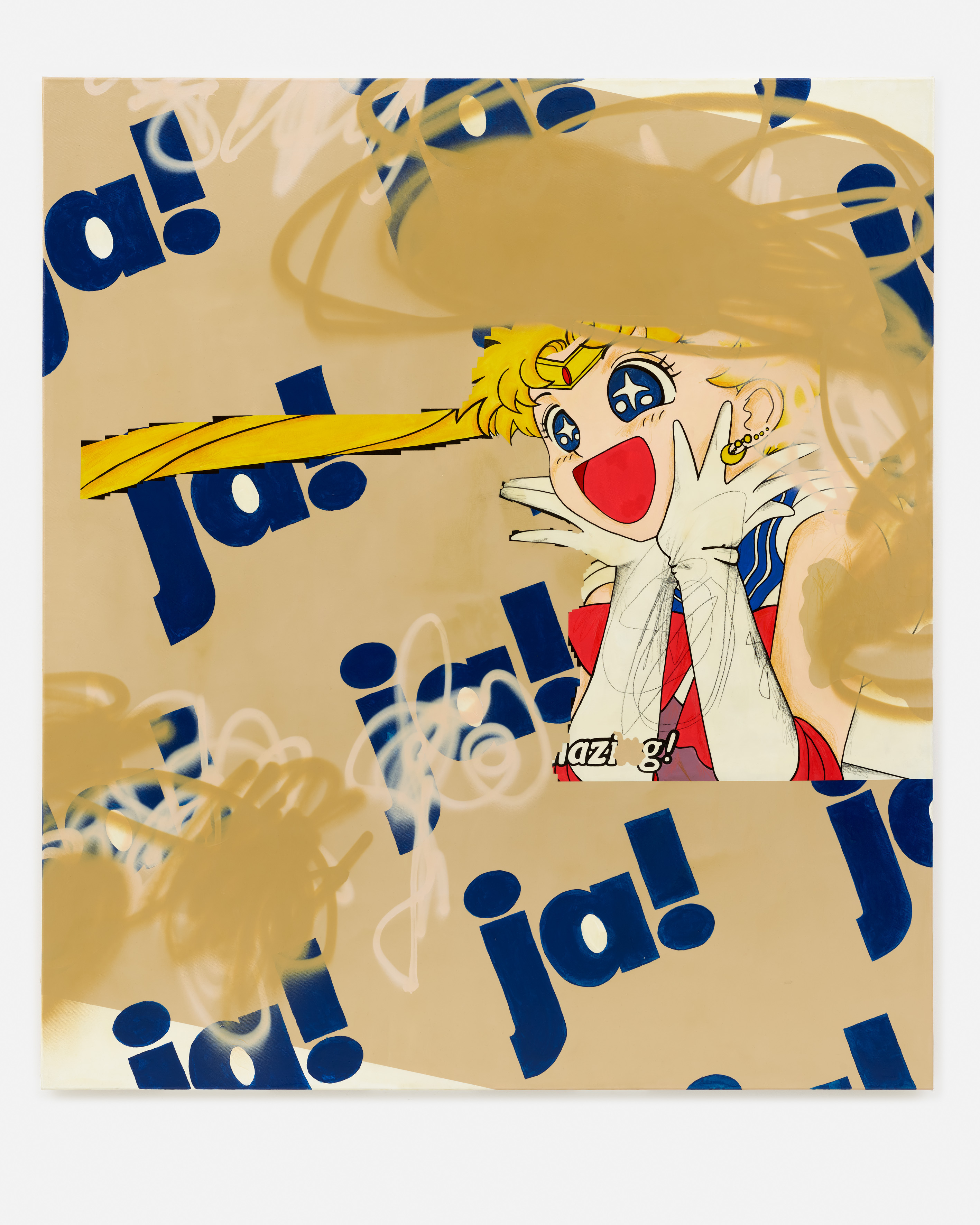 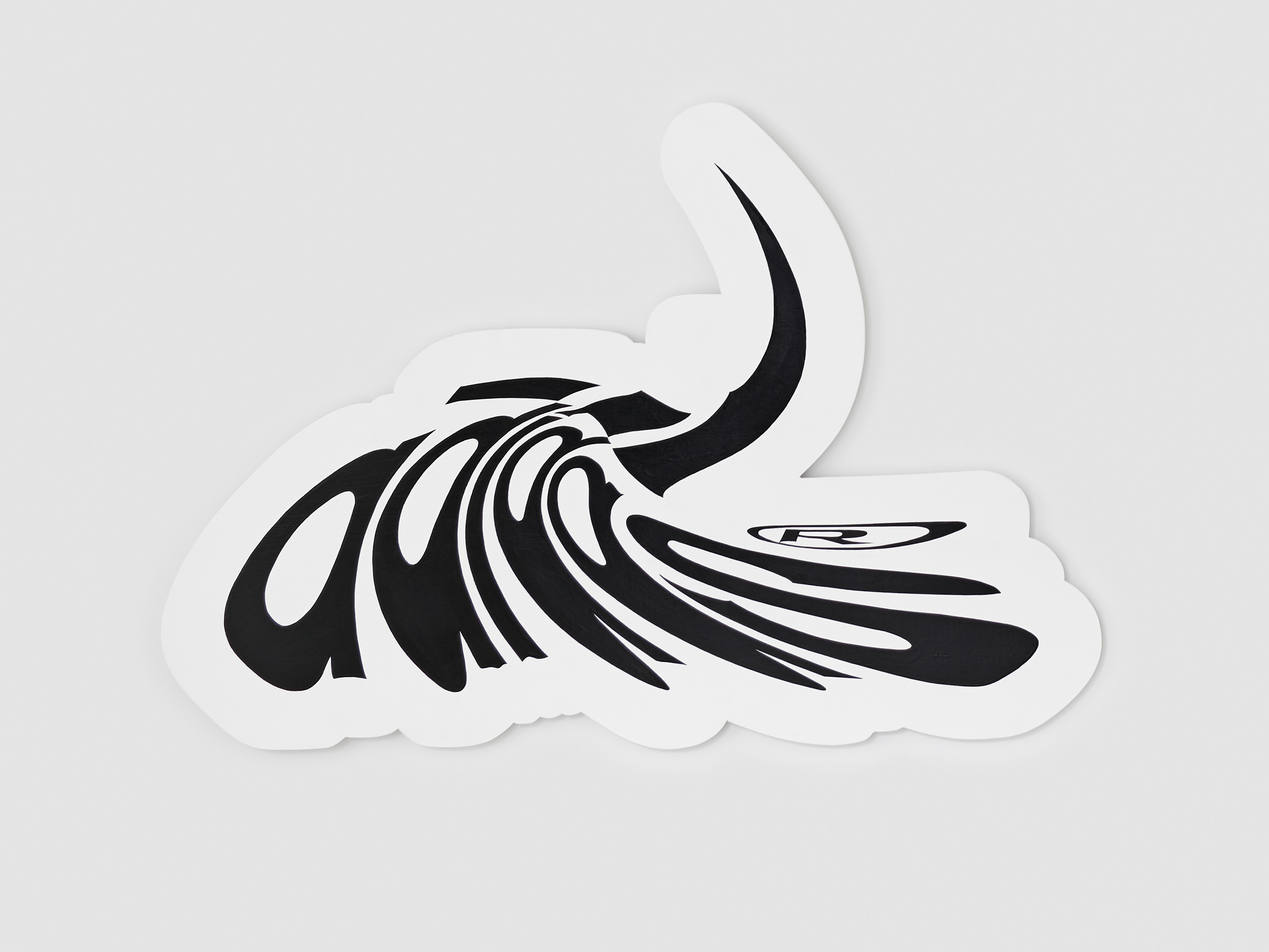 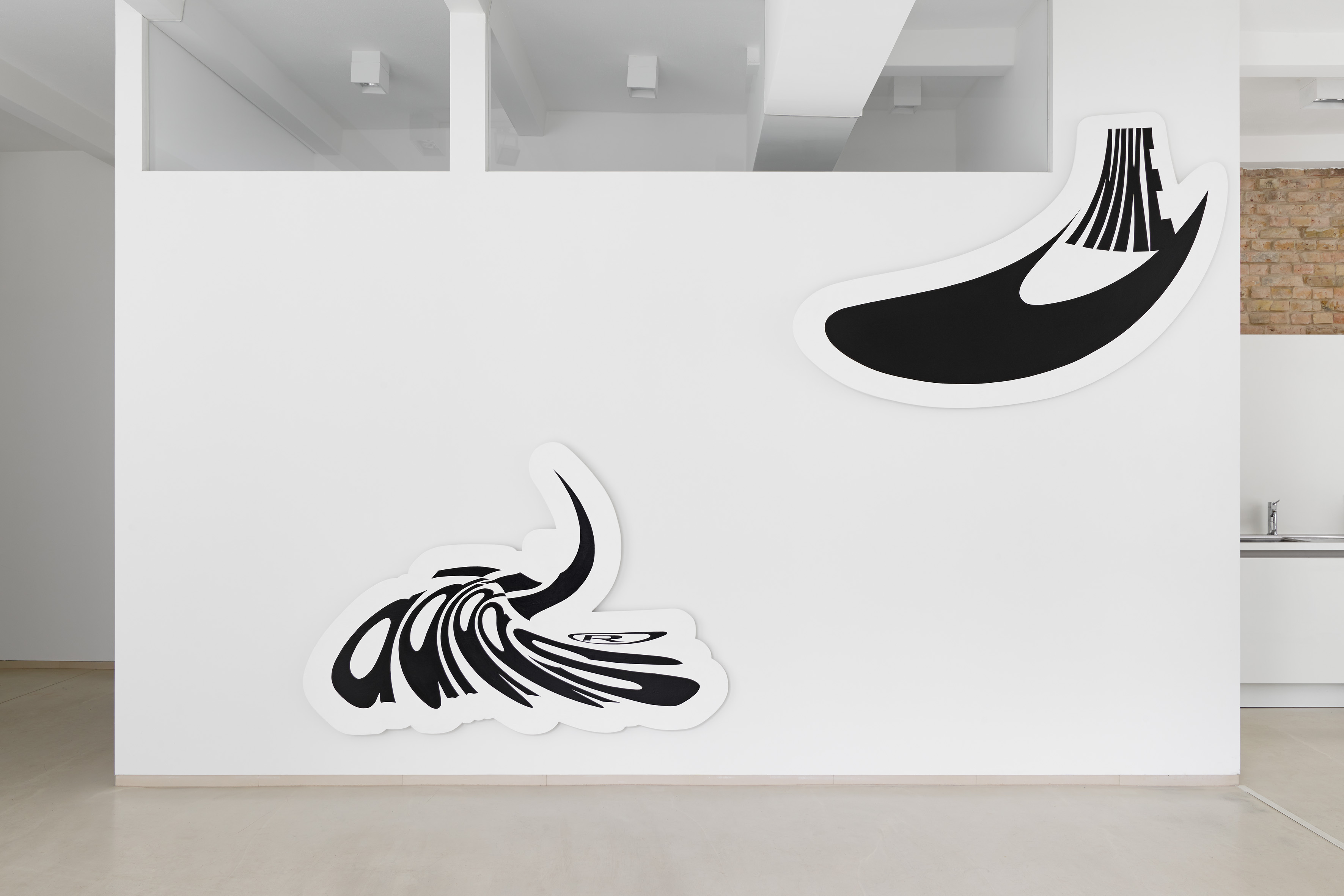 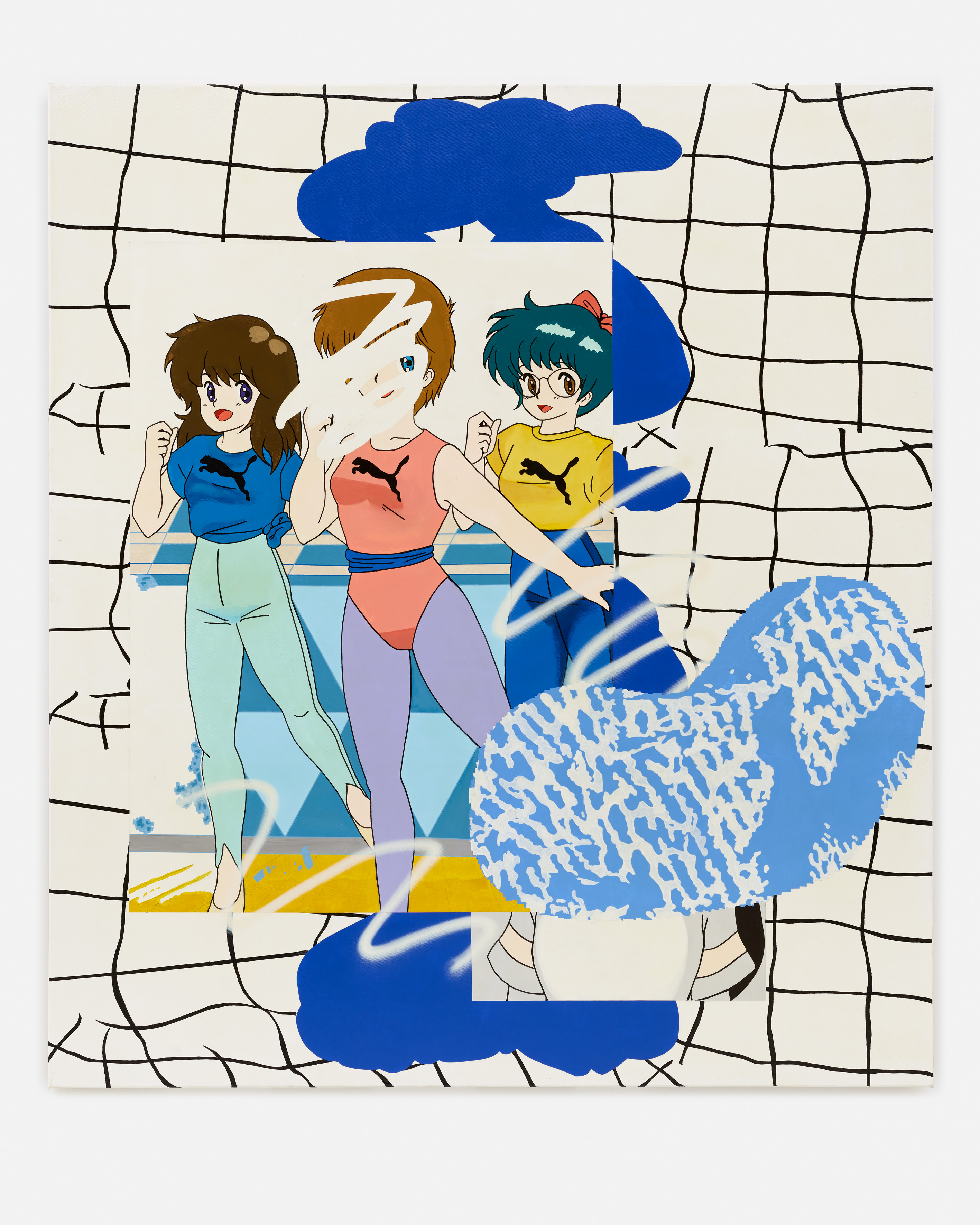 Vovk was born in 1989 in Lviv, Ukraine, and now lives and works in Berlin. Her recent exhibitions include Berlin Masters at Kunstraum Lehderstraße 35 (2018), RBMA at Funkhaus Berlin (2018) and Masters Salon at the Royal Academy of Fine Arts Antwerp (2017).

Adidas, Mercedes, Puma: well-sounding brand names that stand for lifestyle, innovation and success! They form the basis of the new series by Marta Vovk. For decades, „the star“ or the „3 stripes“ have aroused desires among young and old and are deeply rooted in our collective memory of the present. While some representatives of American Pop Art still largely glorified the world of consumption in the 1960s, believing that they had systemic superiority over communism, Marta Vovk chooses to give way the bright colors to a sober and hard black and white.

By renouncing the seductive power of color, the artist makes clear the ambivalent image of large corporations in the 21st century. On the one hand, the radiance and identity-creating momentum of influential brands are unbroken. On the other hand, exploitation, child labor, war and environmental destruction are the reason for the growing profits of multinationals. These facts are well known and documented, and yet the marketing, PR and advertising professionals succeed in making the unpleasant and inhumane perspective of our consumption forgotten.

But it is not just a lot of individual destinies that are affected by the global profit motive. The question has long been raised to what extent unleashed capitalism poses a threat to democracy as a form of society. Political influence, tax avoidance and the deliberate weakening of states are evidence for a "coup in slow motion" for the Canadian political scientist and historian John Ralston Saul. In his controversial book "The Unconscious Civilization" Saul attests to the "corporatist power of exercising domination at the expense of the individual and his freedom" and describes it as a "contemporary form of medieval feudalism, without, however, taking over its protection."

All of the logos featured in the exhibition become painted "caricatures" that invite us to review our images of brands. The curved company names on the white, differently shaped canvases seem alienated by a simple image editing program. A digital image idea is transformed into painting by the artist. An important step, which is also reflected in the two colored canvas works in the exhibition. Here, the seductive side of the capitalist world becomes even more apparent: the entertainment culture. In the aesthetics of an oversized sticker, which could be intended for a poetry album, a rapturous manga figure laughs towards the viewer. Everyone from the artist's generation inevitably recognizes: "Sailor Moon". Here, the successful implementation of a trivial culture becomes clear and has become the image and symbol of one's own childhood for a whole generation.