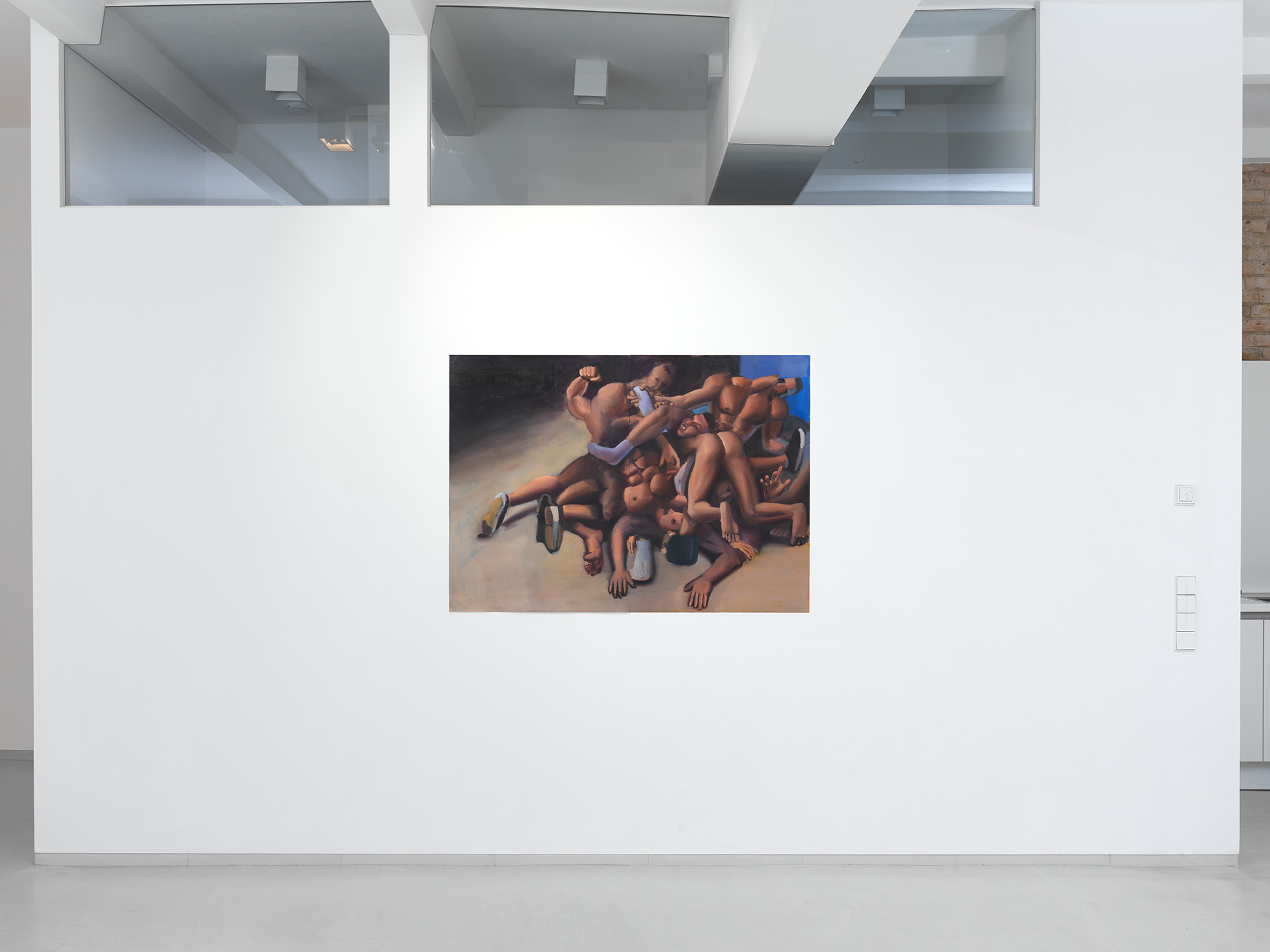 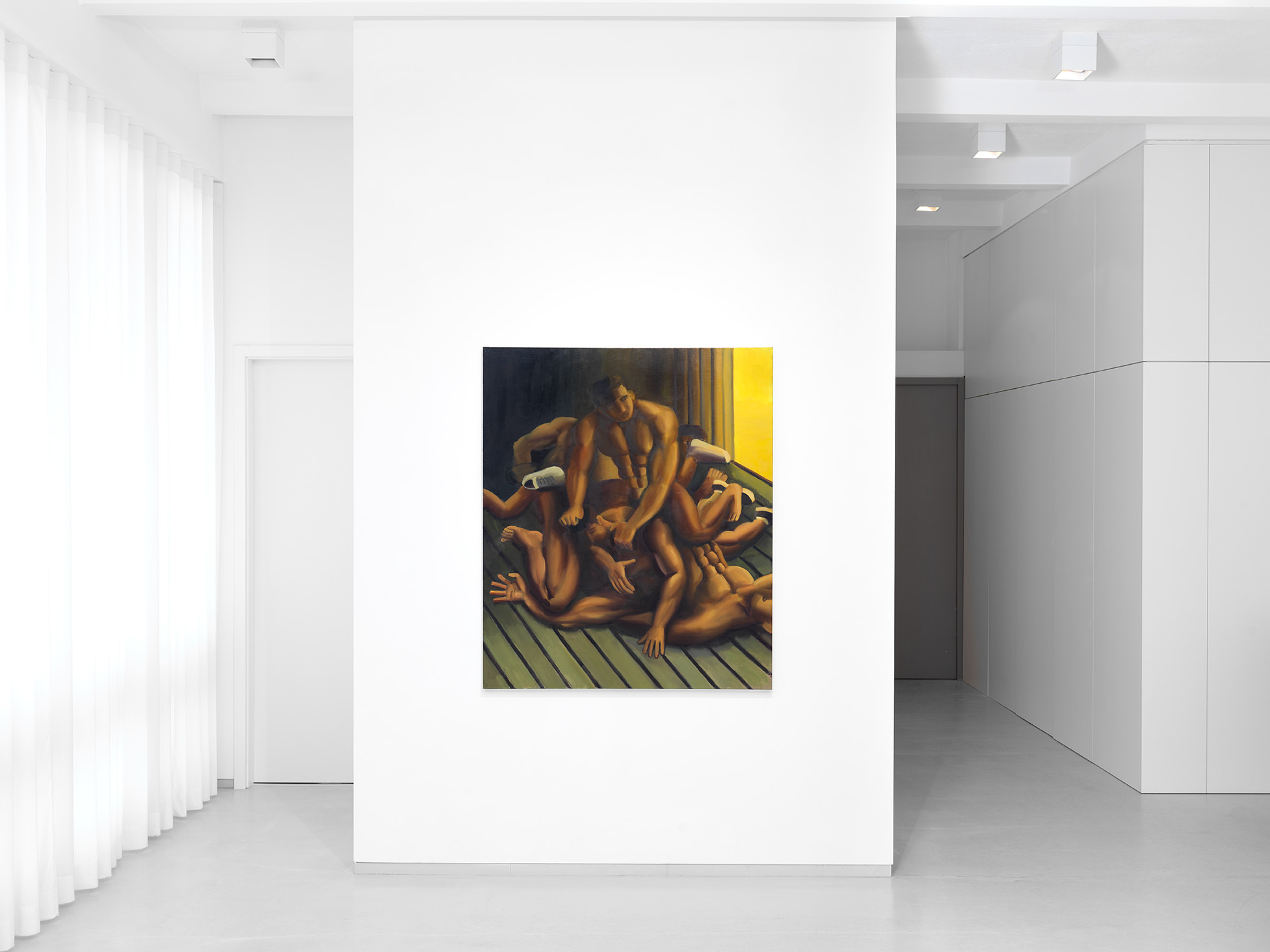 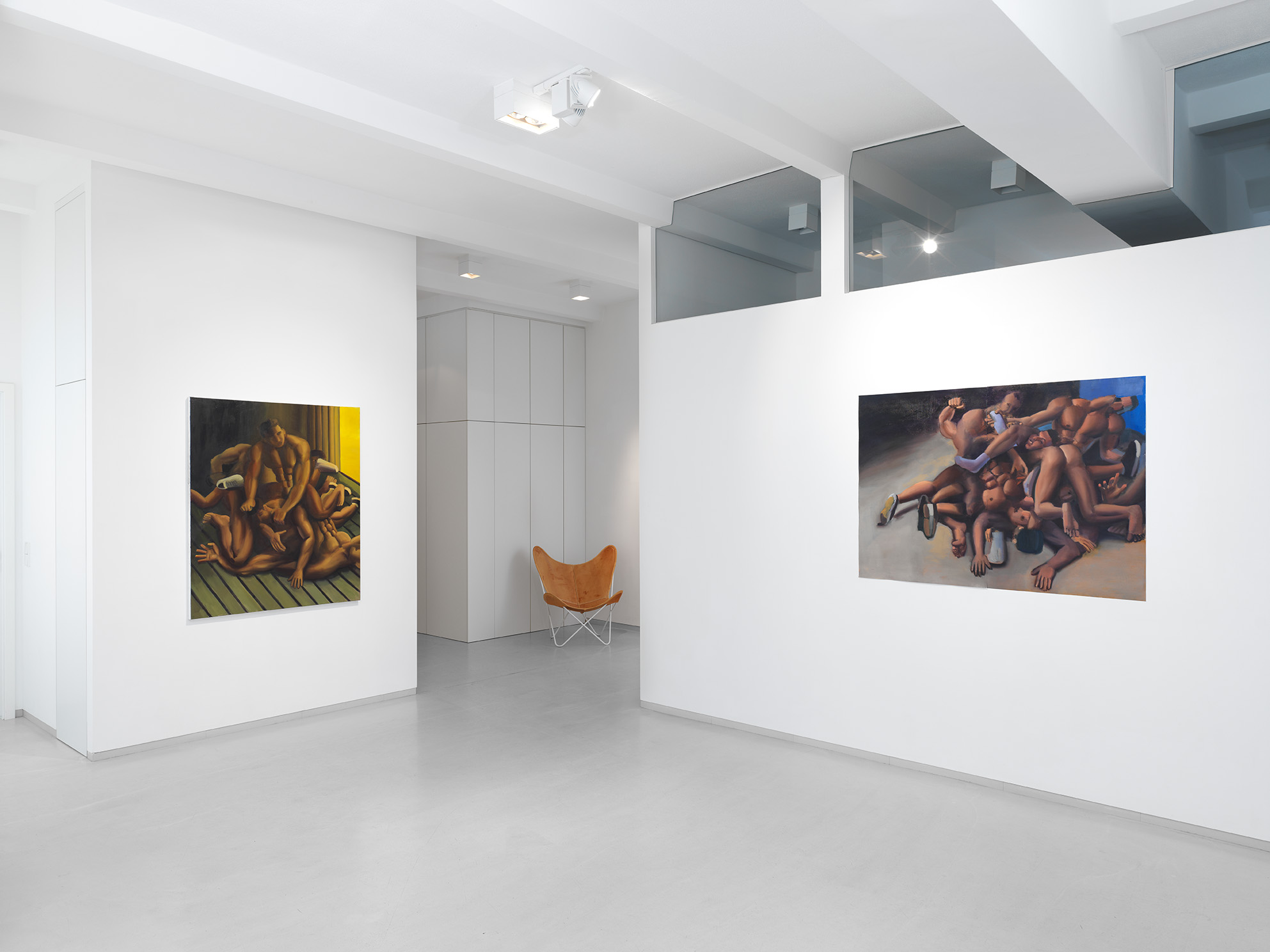 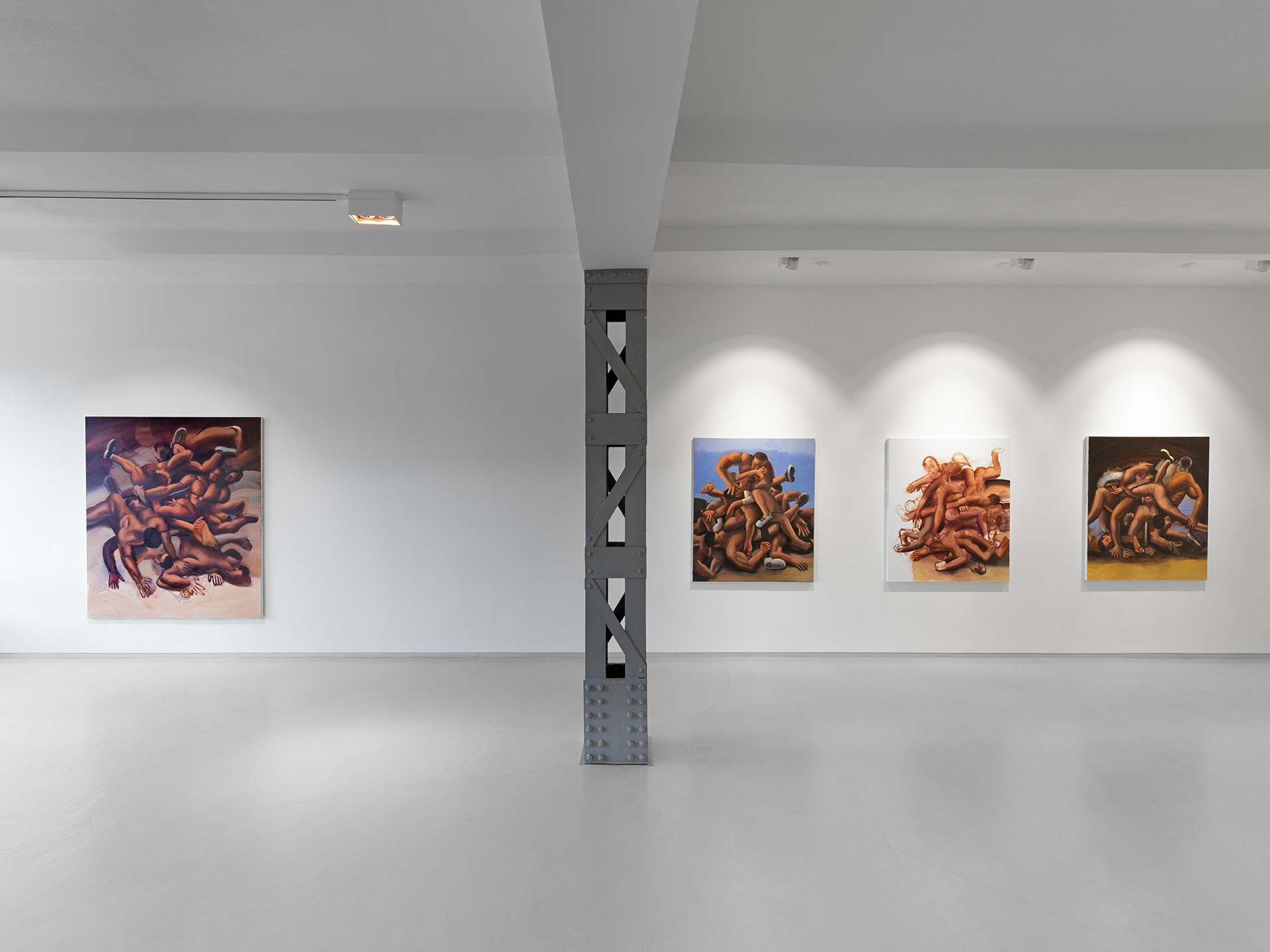 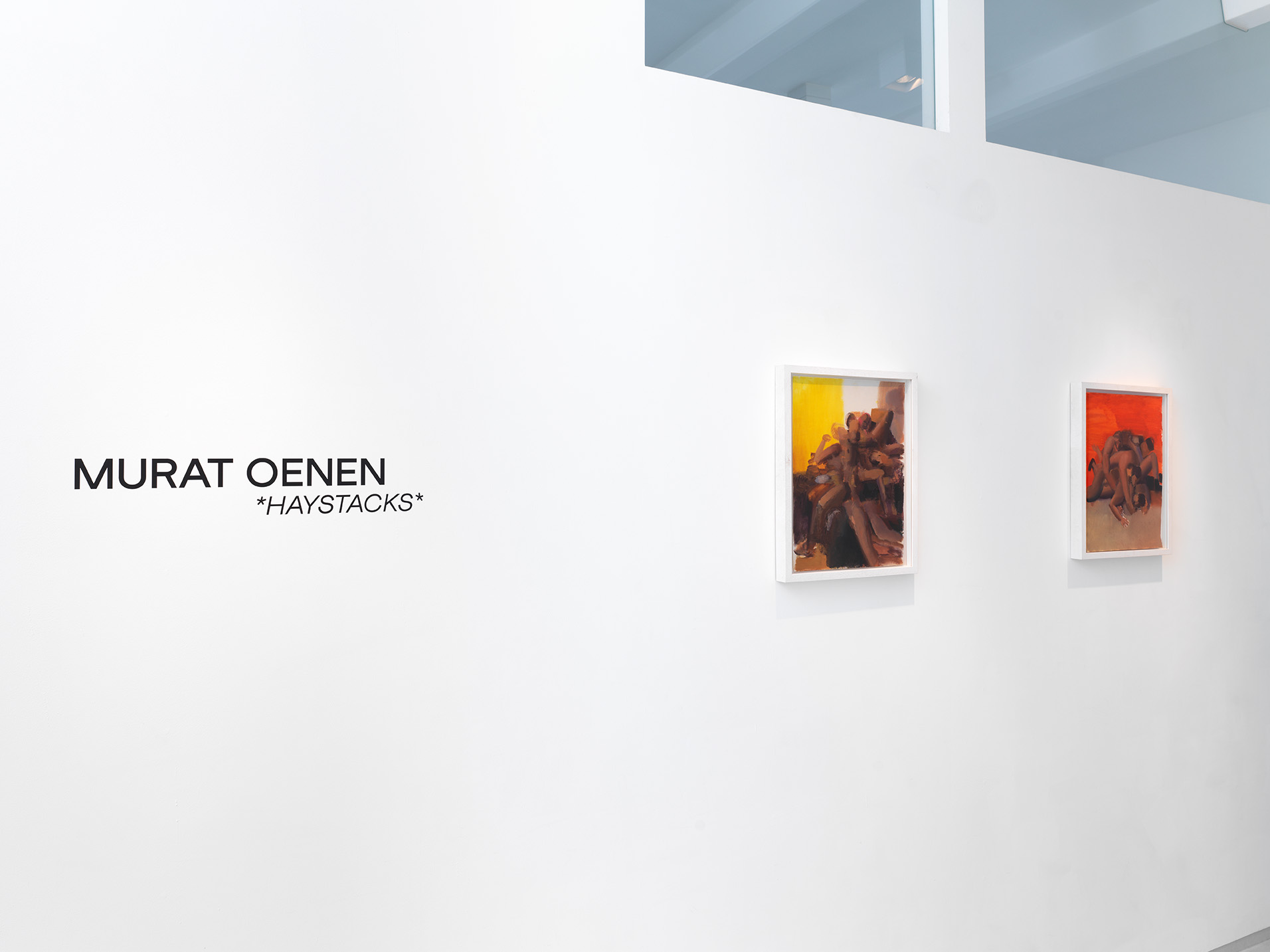 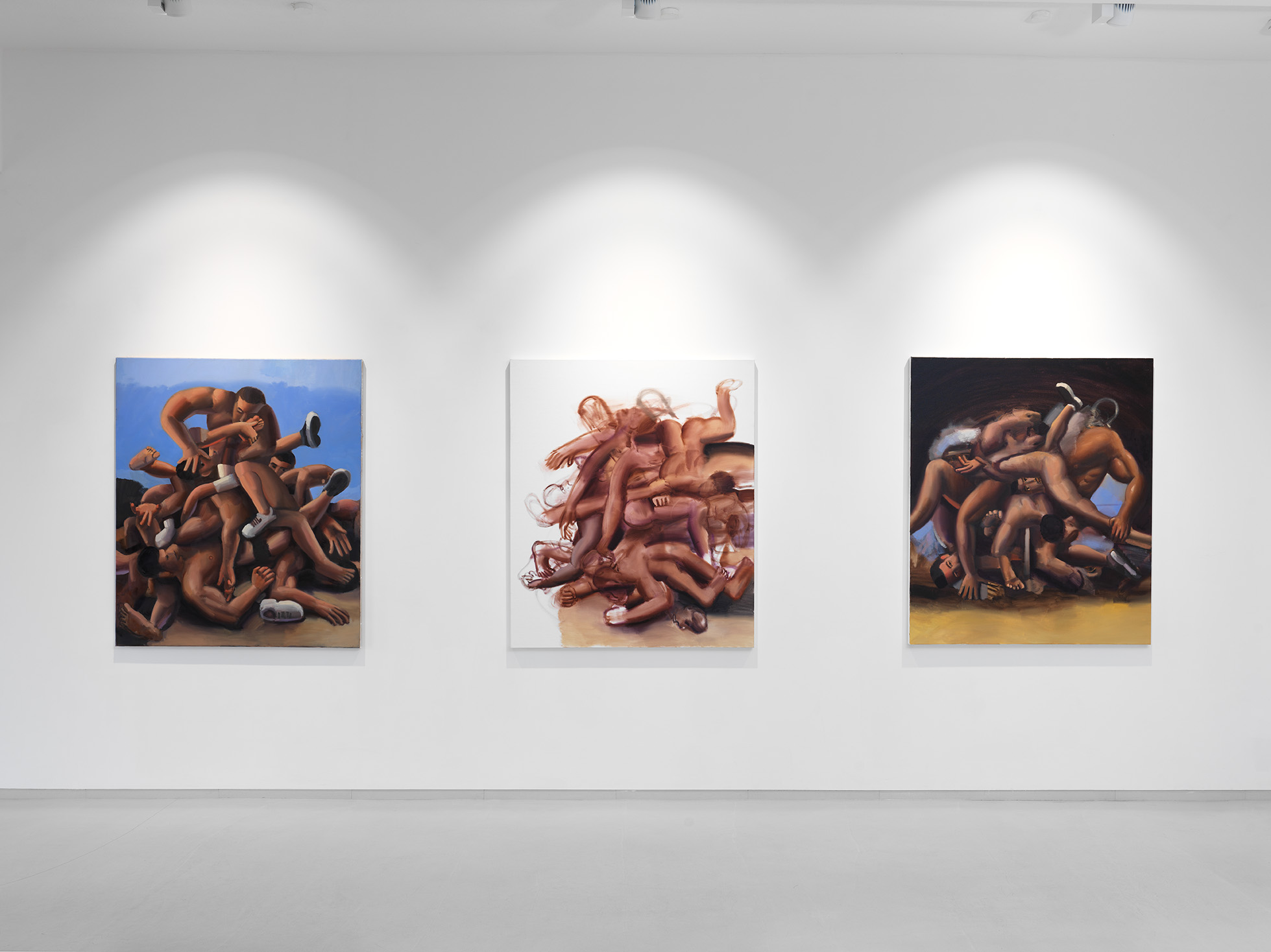 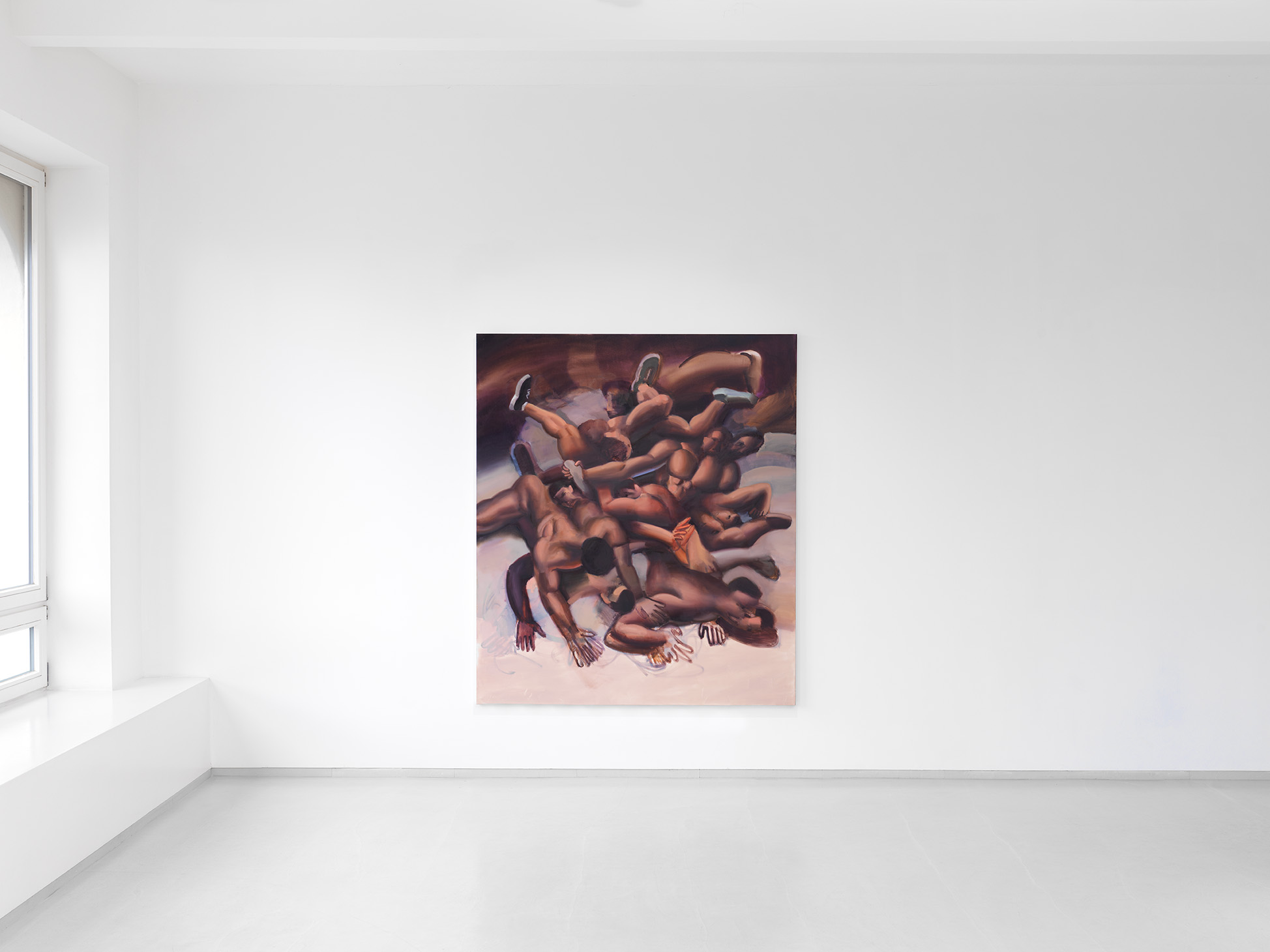 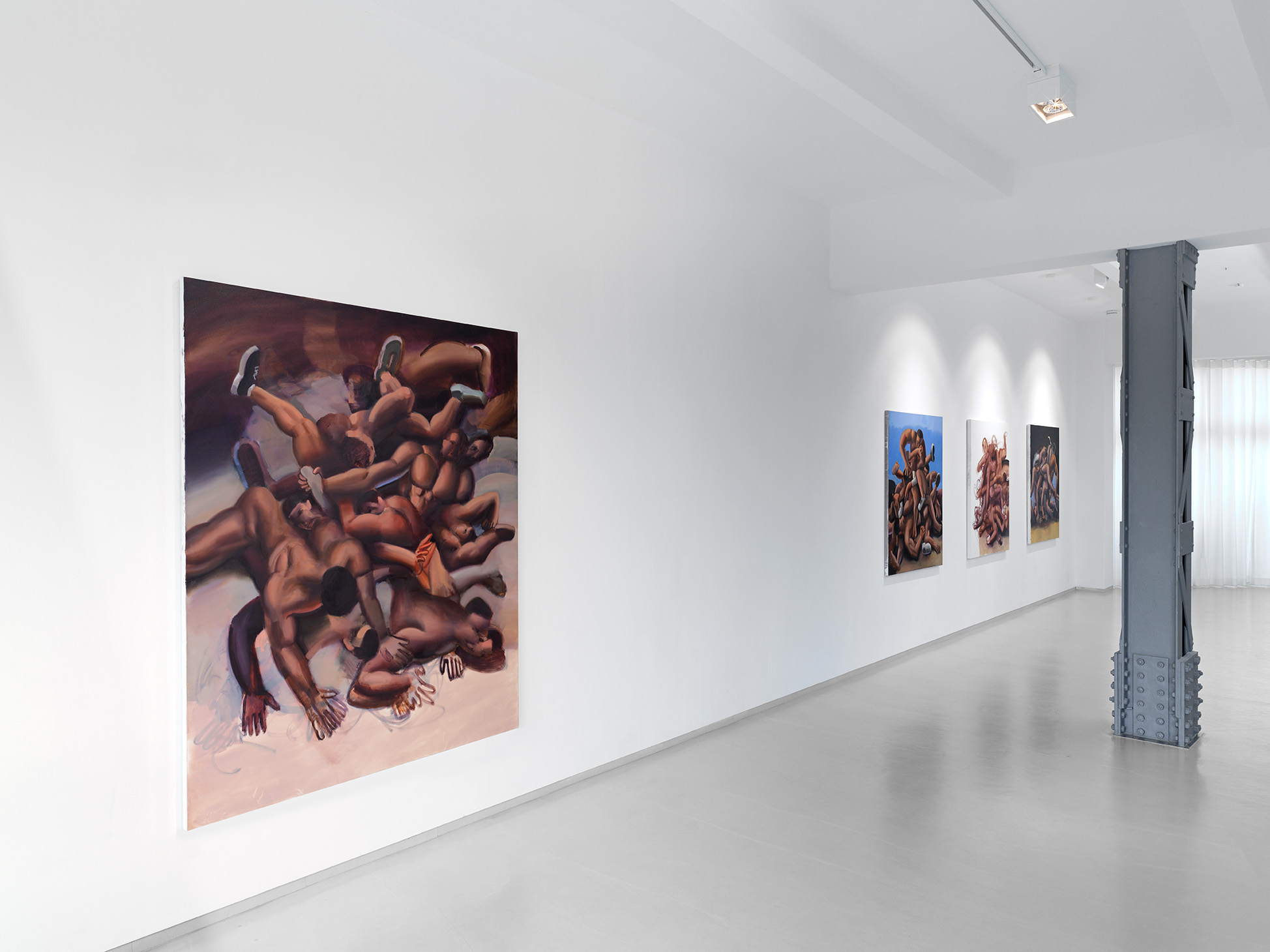 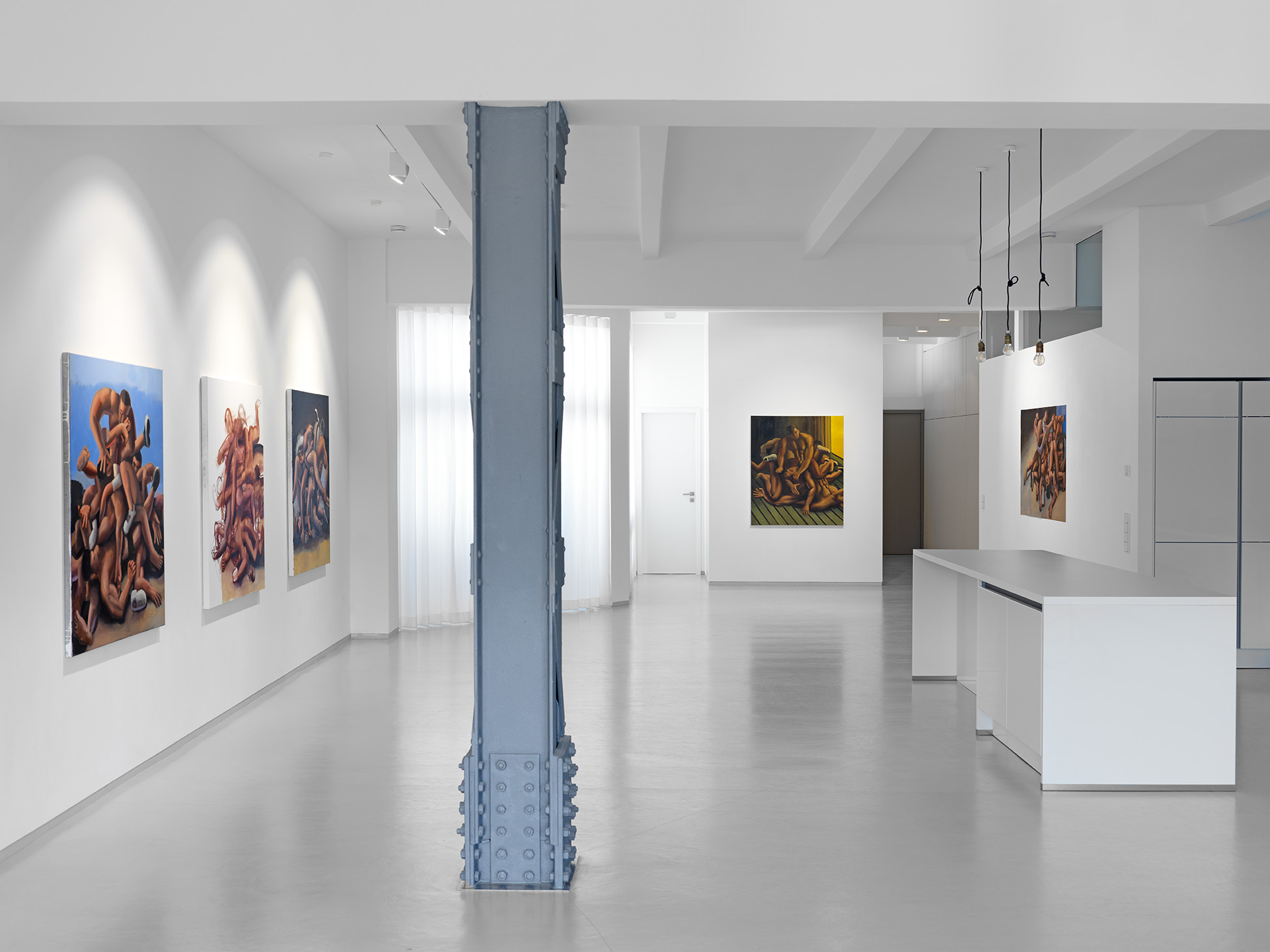 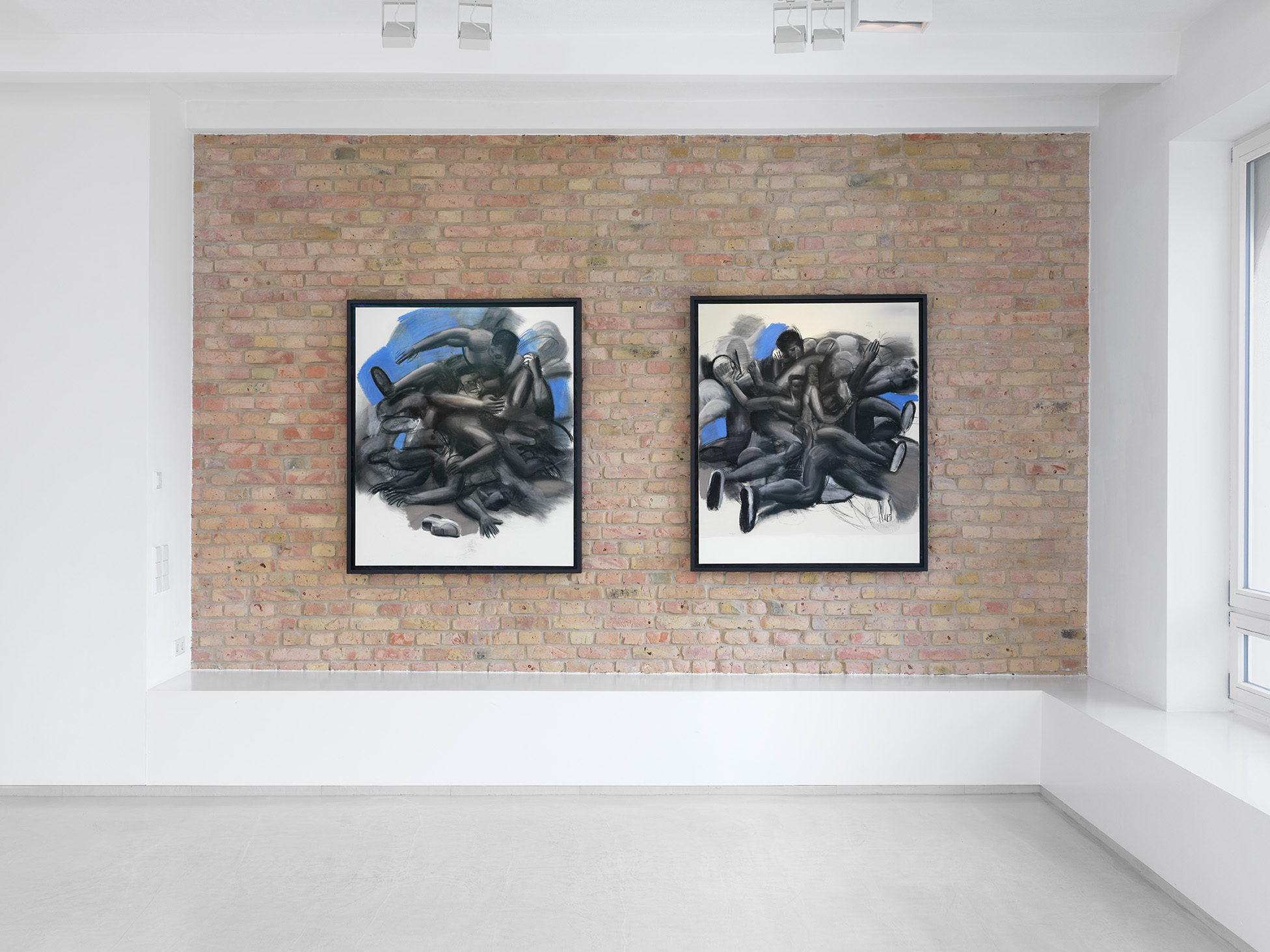 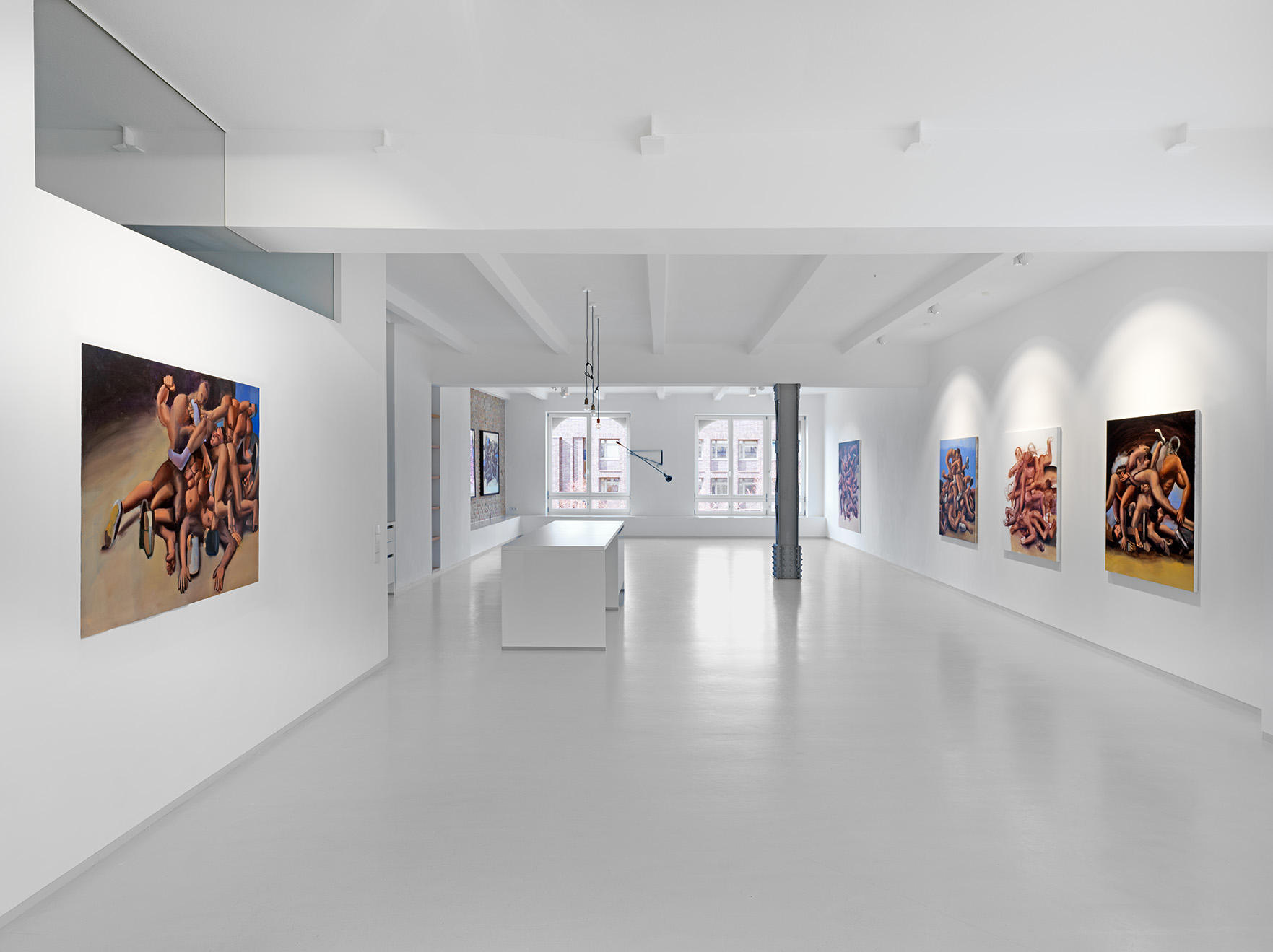 INFO
Murat Önen (Istanbul, 1993) started his education at Mimar Sinan Fine Arts University in Istanbul. After his first year at the university, he moved to Germany as an exchange student. The artist spent his remaining university years at Dresden Academy of Fine Arts and completed his Diploma’s Degree in 2017. After a short period of time in Leipzig, in 2018 Oenen got accepted to the art academy, Kunstakademie Düsseldorf, where he first attended as a guest student. Önen currently continues his education in the Painting Department of the academy in Düsseldorf as a student of Yeşim Akdeniz. Oenen had recent solo shows Robert Grunenberg Gallery, Berlin (Duo mit Sonja Yakovleva, 2020), Galerie NEVVEN, Göteborg (2021), Oberüber Karger, Dresden (2019) and group shows at Akademie der bildenden Künste, Wien (2019), Ballon Rouge Collective, Brussels (2020), at KIT Kunst im Tunnel, Düsseldorf. He has upcoming solo shows in 2022 at DUVE Berlin, Ballon Rouge Collective, Brussels and an institutional solo exhibition at Neuer Aachener Kunstverein, Aachen in March 2023. He has upcoming group shows in 2022 at Max Mayer, Düsseldorf, Kunstmuseum Marburg / Marburger Kunstverein and Martch Art Project, Istanbul.


The subculture of the club scene with its strong emotions has occupied Murat Oenen in the past. In his depictions he approached a reality that meandered between loneliness, melancholy, desire and the atmosphere of the room in an almost objective manner. His paintings reveal men who follow the codes and rules of nightlife in search of pleasure, recognition or security.

It is a discourse about the rules of masculinity that is equally attractive but can also generate rejection. Where does the man stand with his assigned role? Are fetishes or codes so firmly anchored in a social group that they hardly offer any freedom for individual development when it comes to fulfilling human needs? This question goes beyond the prevailing ciphers of the techno clubs and aims at the problem of a binary image of masculinity.

In his new group of works, Oenen leaves these references and turns toward a more psychological and formal direction. In terms of content, there is still a reference to the male body, but this is no longer the subject of a special situation. The bodies merge into ever more abstract heaps or mountains of bodies. It's about rhythm, erotic physical movement, impulsiveness, but now also about violence and dominance. The individual becomes part of a whole and seems to rise or fall in it. These works are a logical continuation of the question of masculinity raised in earlier groups of works, which on the one hand oscillates in its form between sexual attractiveness and being driven. On the other hand, Oenen also asks himself whether he can or wants to detach himself from this image of masculinity - a detachment process that leads to disorientation and aggression. Dilemma or ambiguity, this question remains open.

Oenen also breaks new ground formally with his heap paintings. He breaks away from the earlier severity and flatness of the composition. The only background is a color space or the bare canvas - at most the impression of a sky is recognizable - the gaze is directed centrally to the male bodies. The dynamics and rhythm of the structure of the figures stand out and could suggest anaffinity with Rubens, Delacroix or Tintoretto, who structure the pictorial space through geometry, or are based on the figura serpentinata.

Unlike these painters, however, Oenen describes the process of painting as an intuitive one. The works are not planned, based on sketches or preliminary drawings, but as a spontaneous decision on the canvas. The first figures or extremities are painted over and changed until the right form is found. Consequently, the style changes. More painterly elements remain on the canvas. The brushstrokes are sometimes recognizable, the clear sometimes severe demarcation of the body and limbs becomes softer and more open. Even if individual elements remain recognizable, the artist approaches a more abstract formal language.

A struggle becomes recognizable that drives Oenen like a painterly self-discovery process. The substantive examination of a socially standardized image of masculinity that is perceived as fraught with conflict, or the disengagement from it, ultimately pave the way for a new formal language within Oenen's painterly possibilities.
Press Text