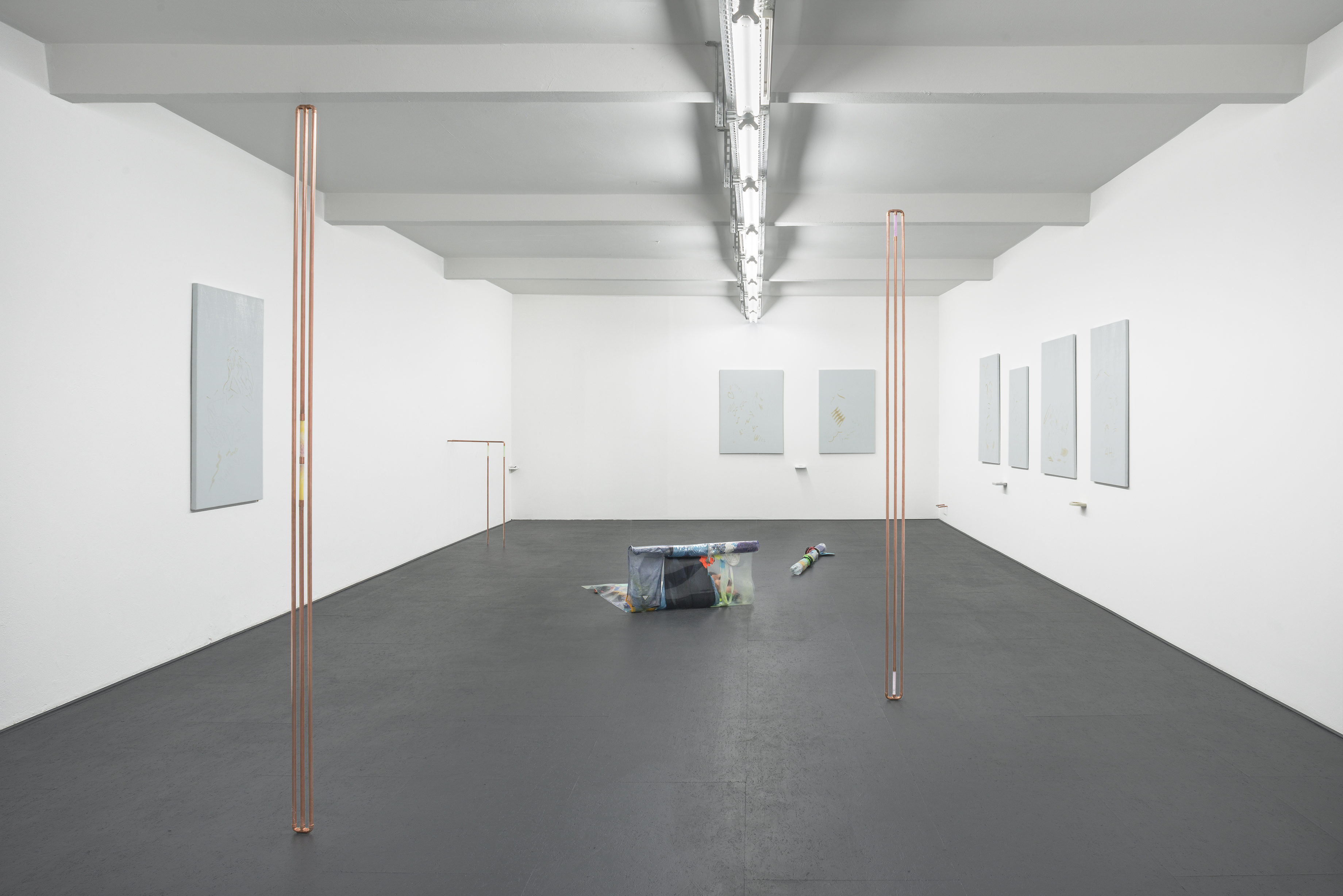 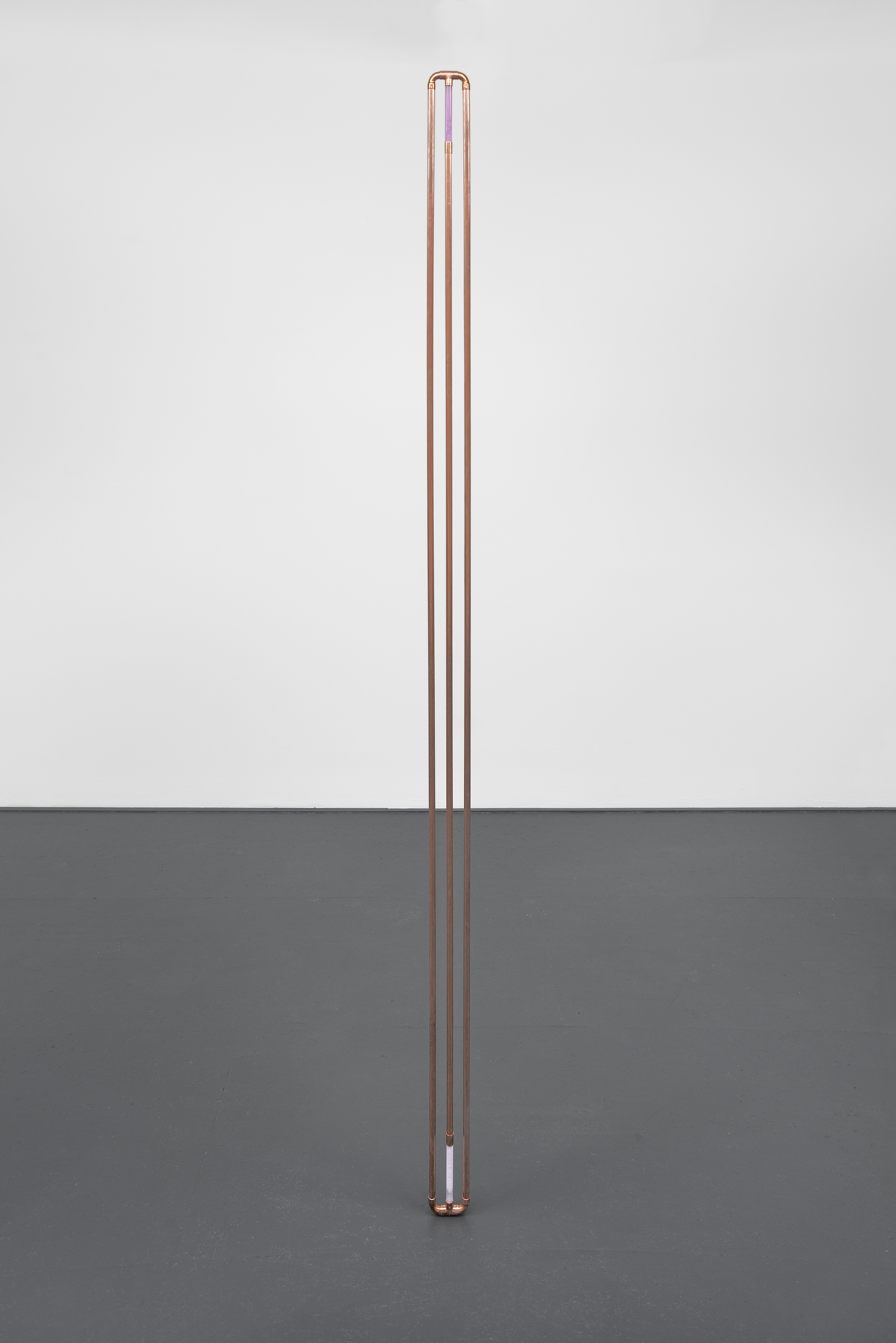 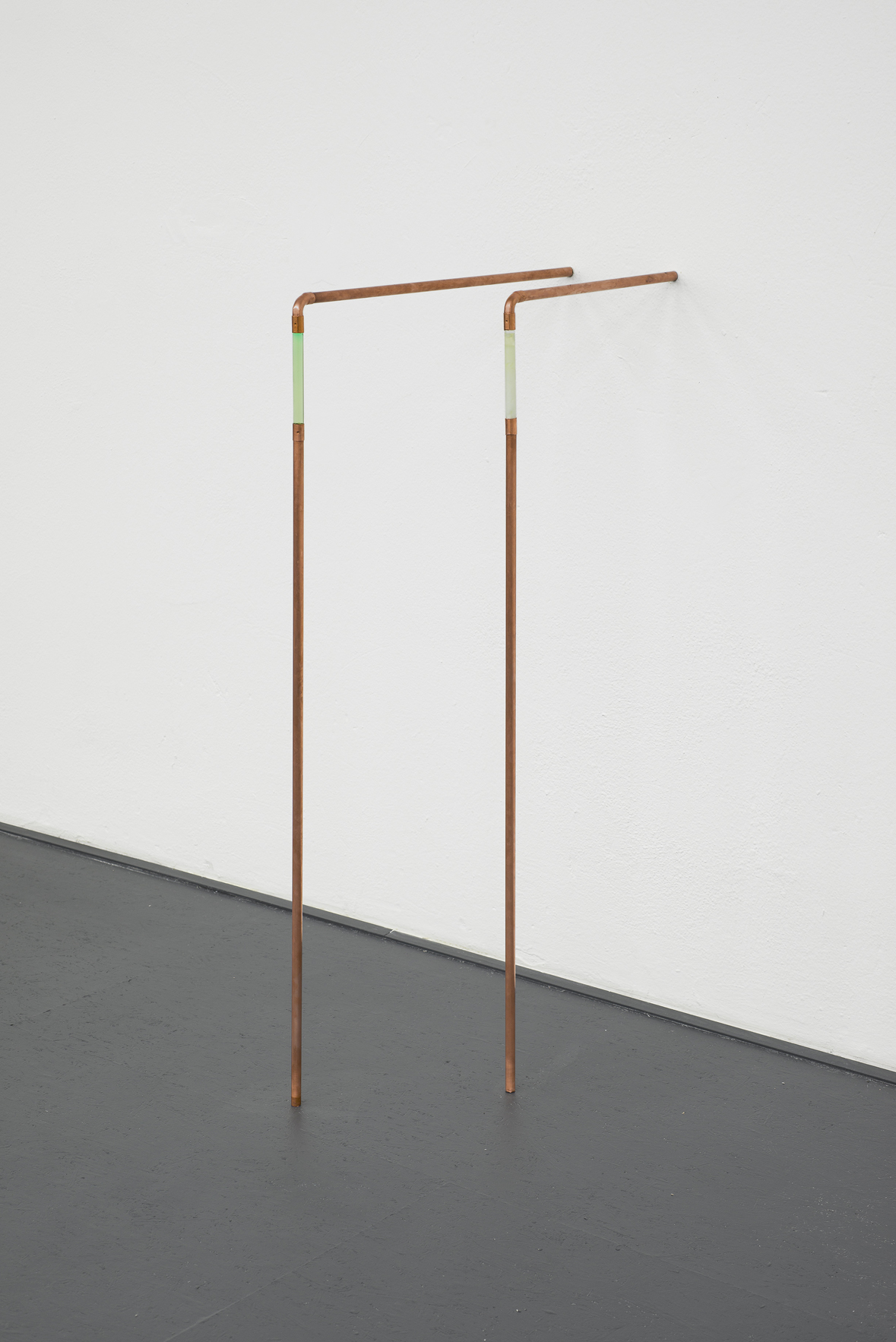 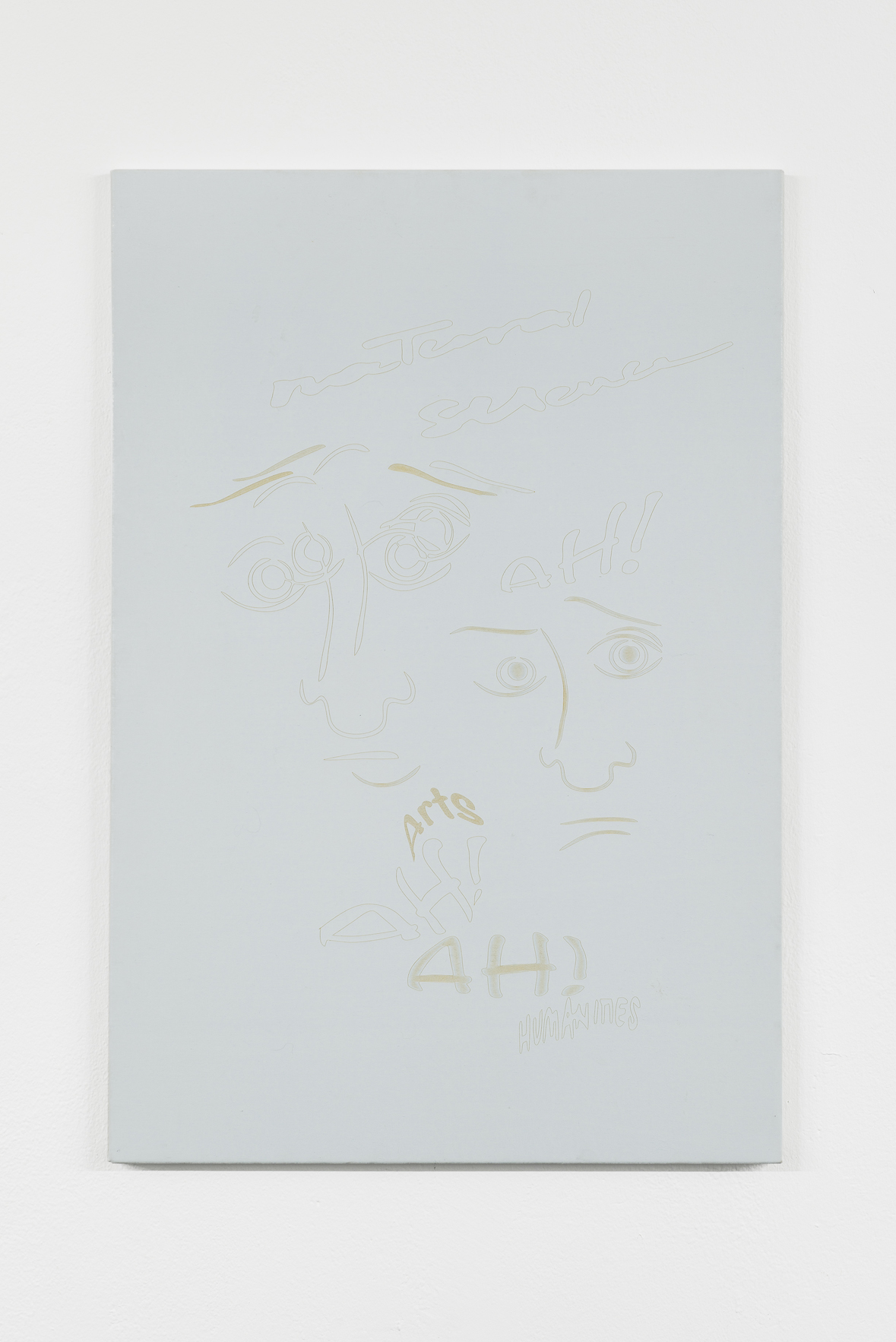 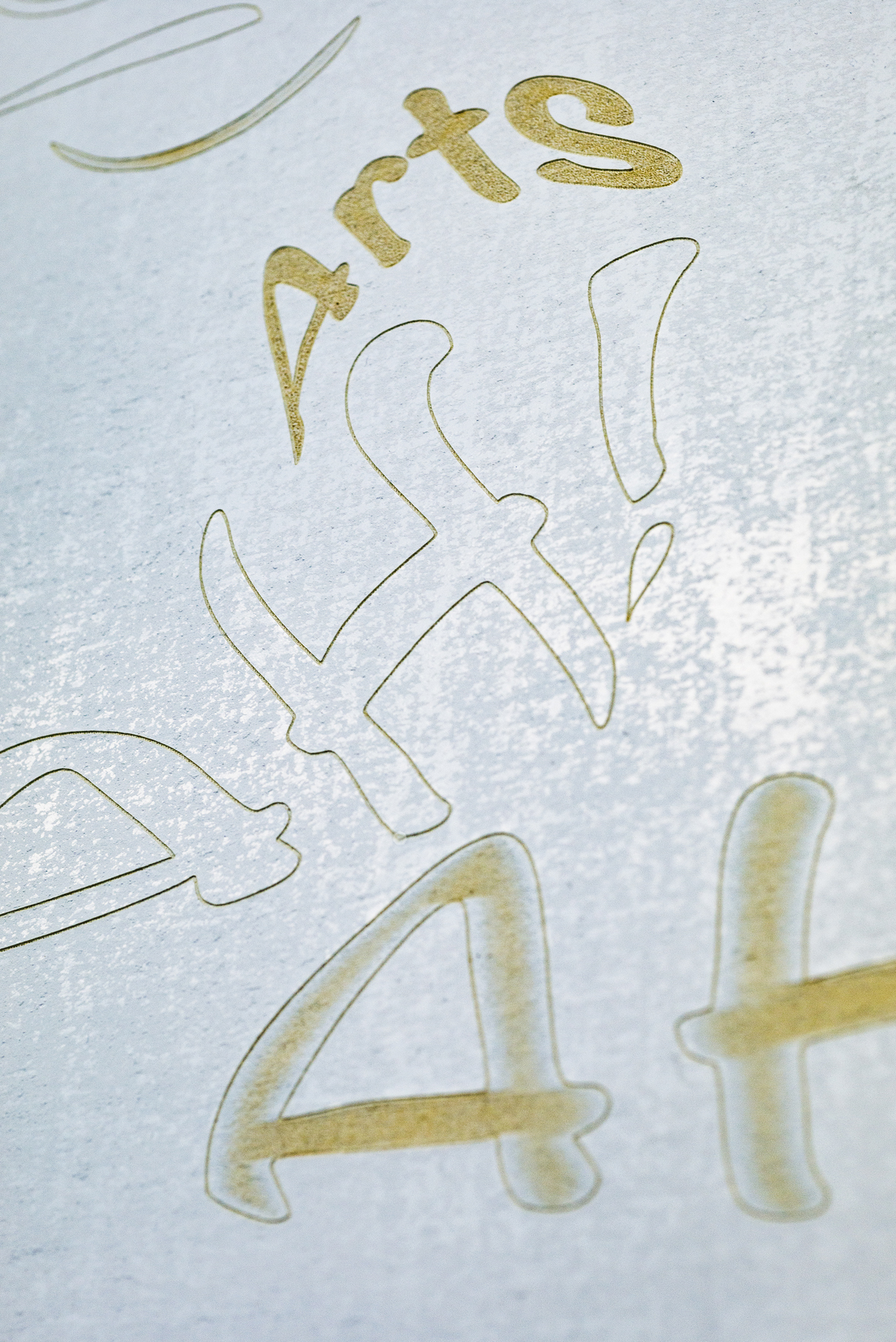 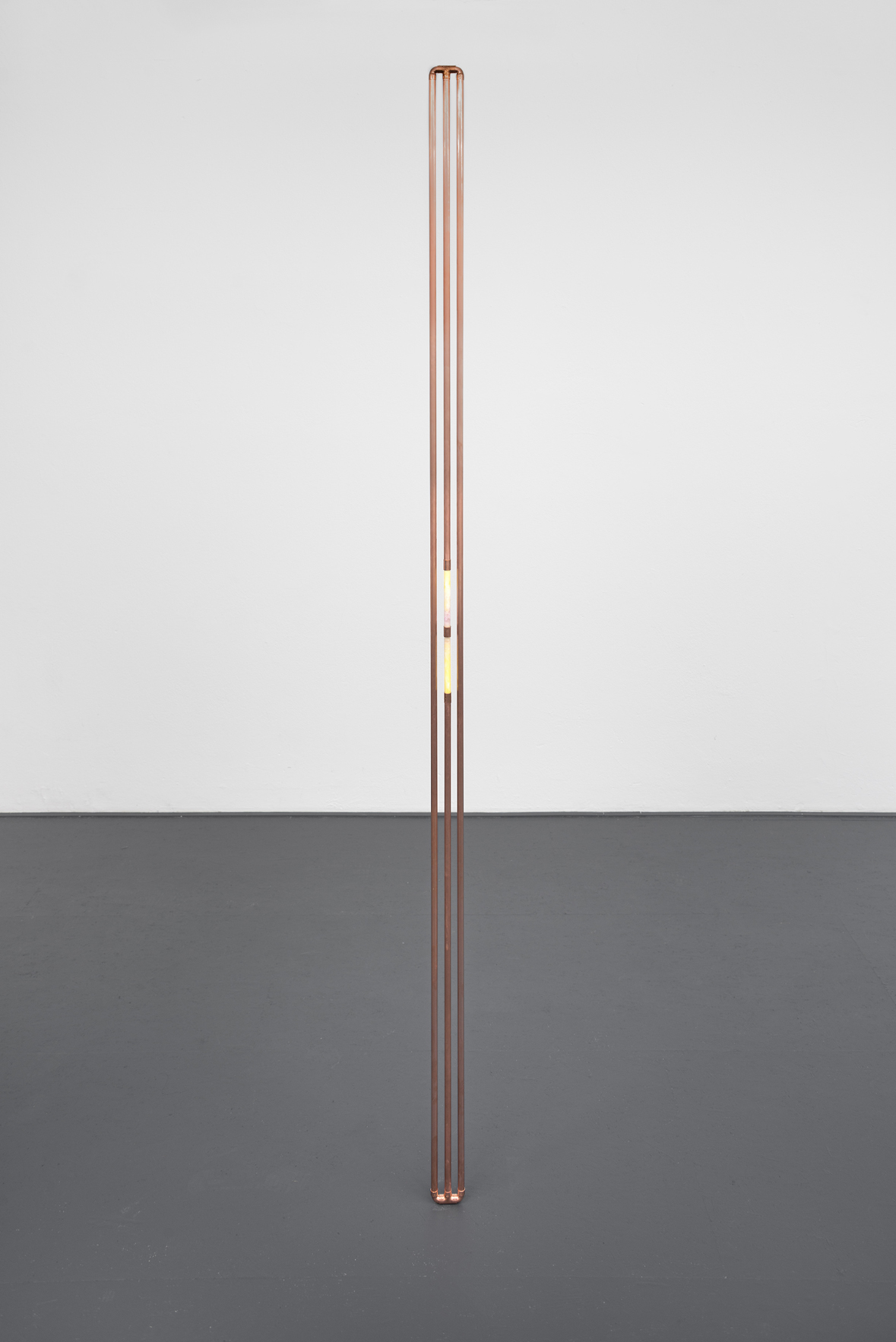 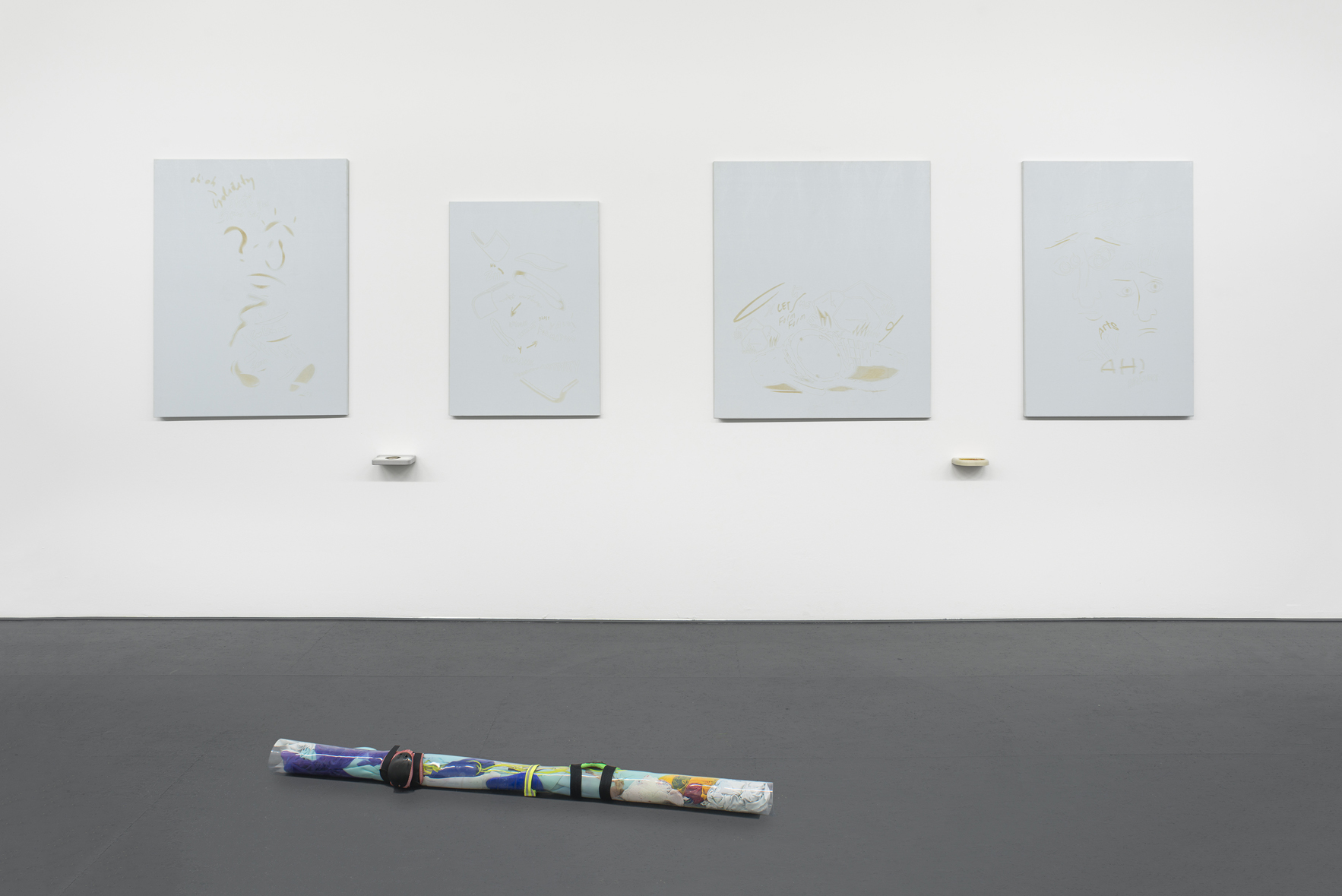 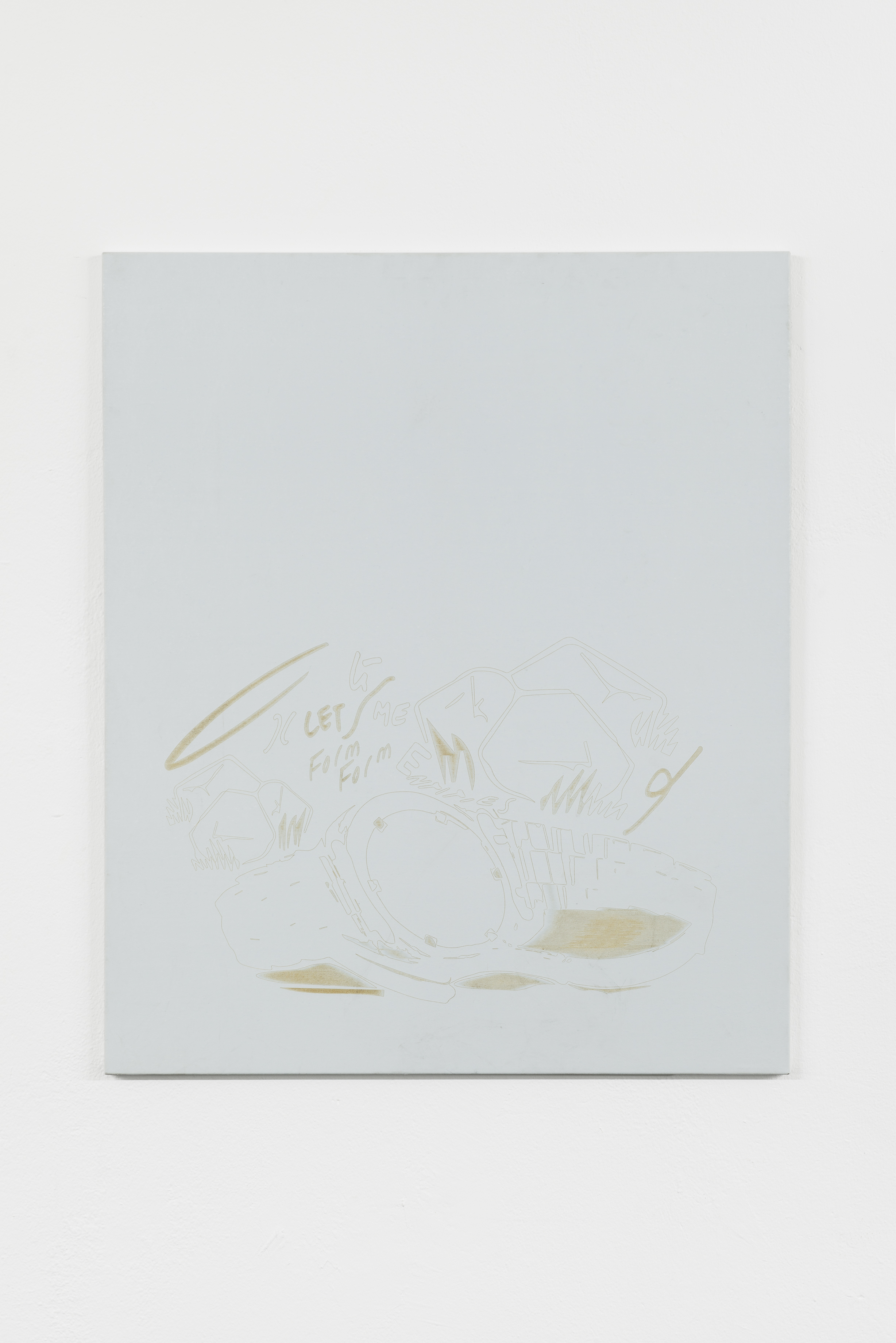 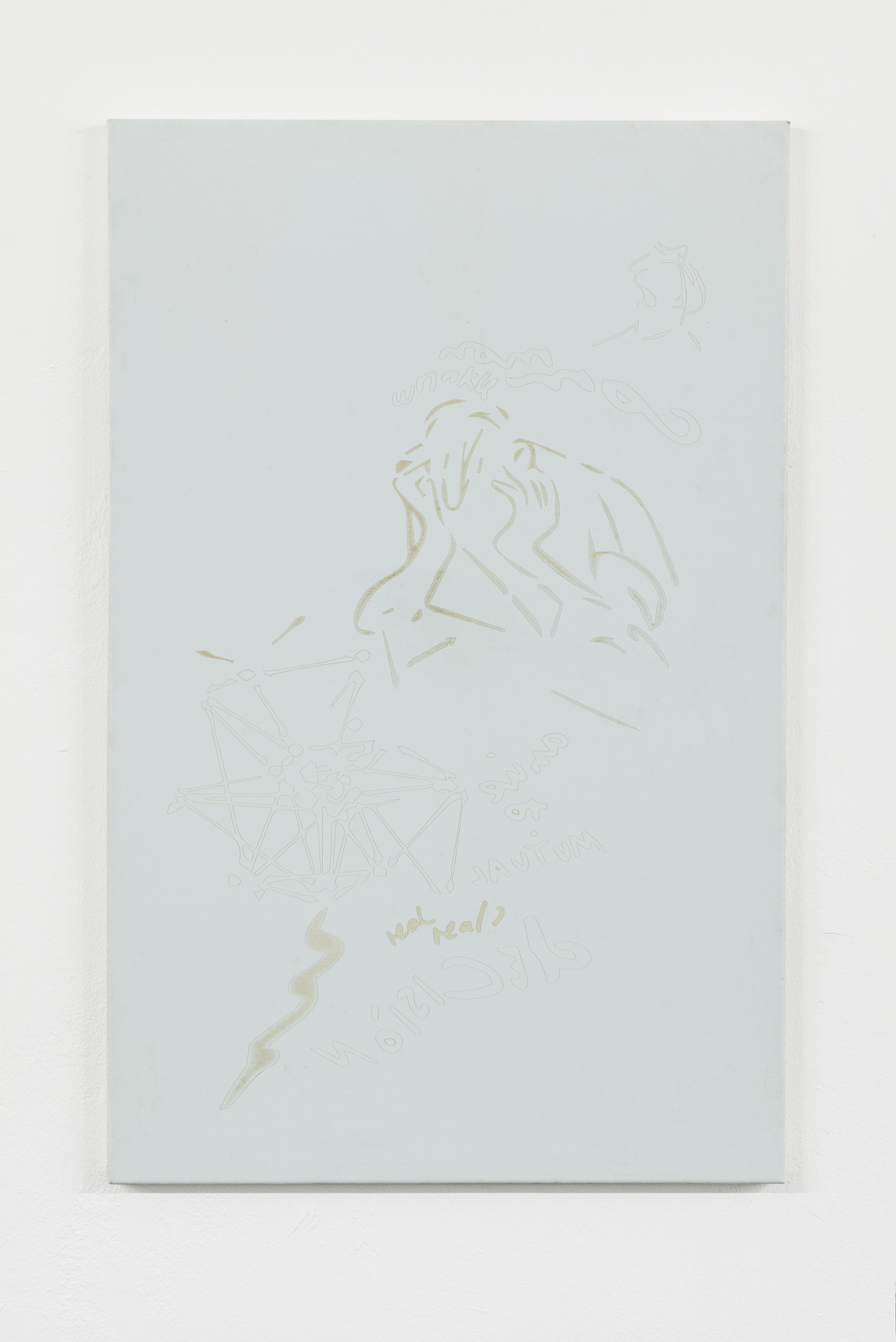 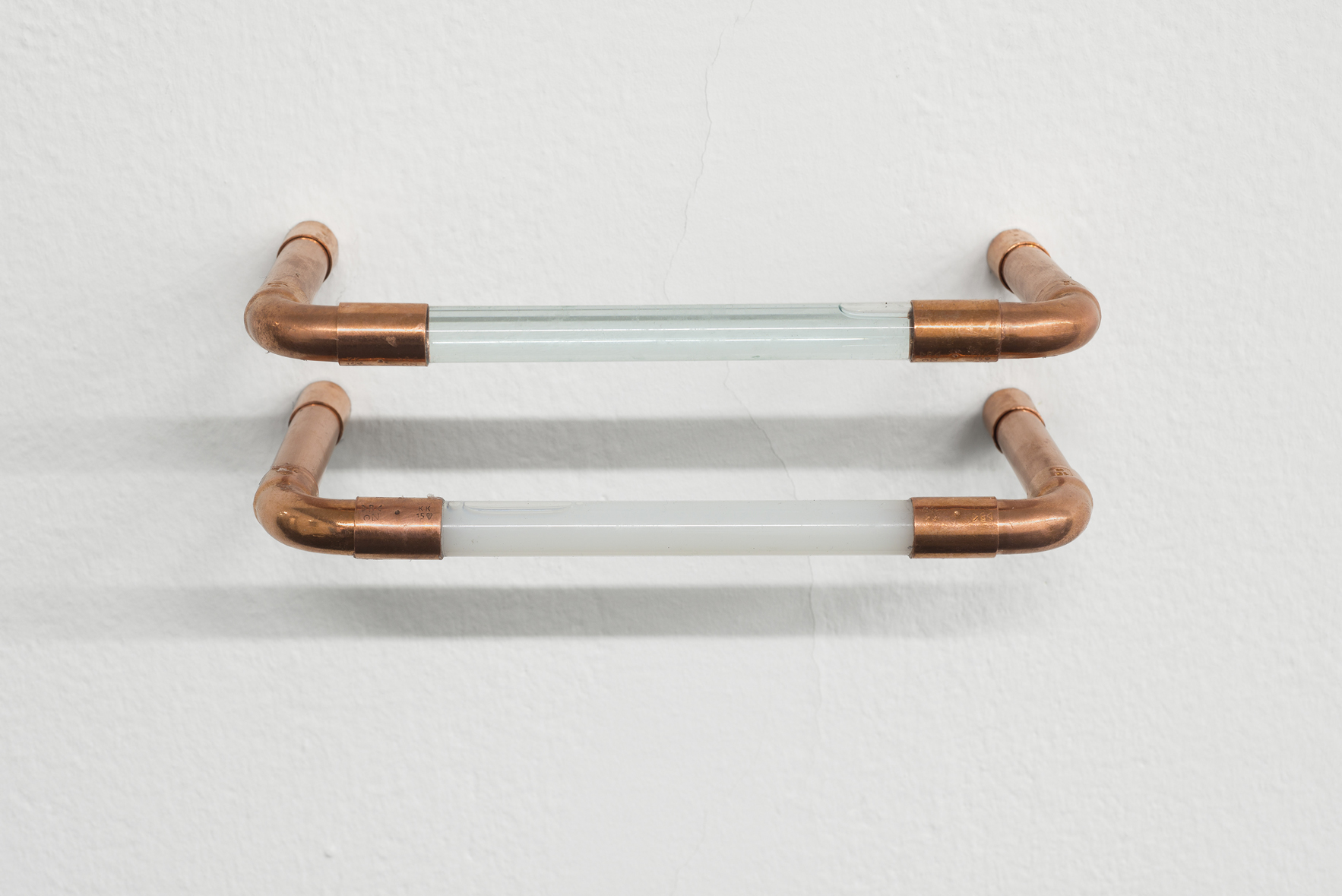 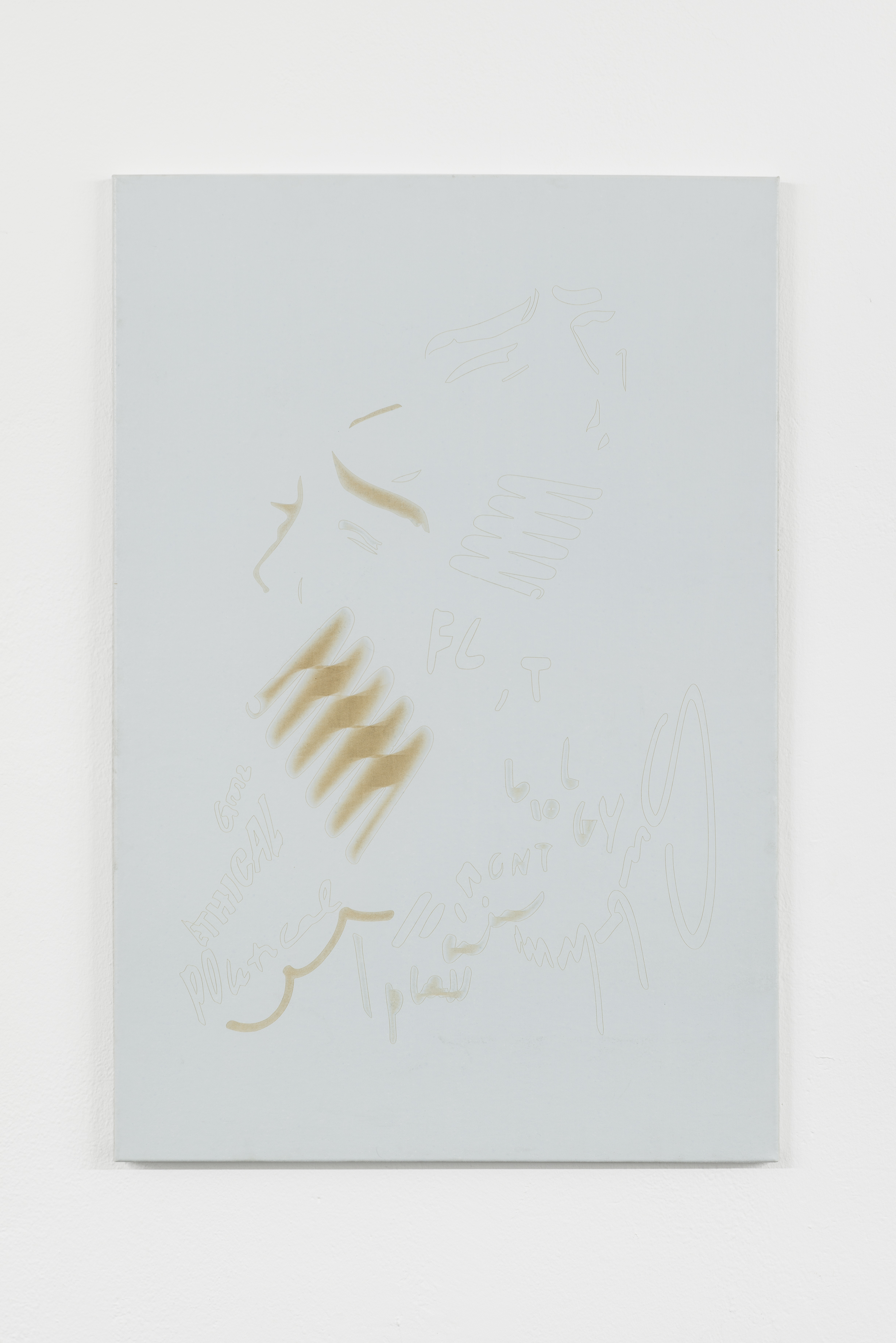 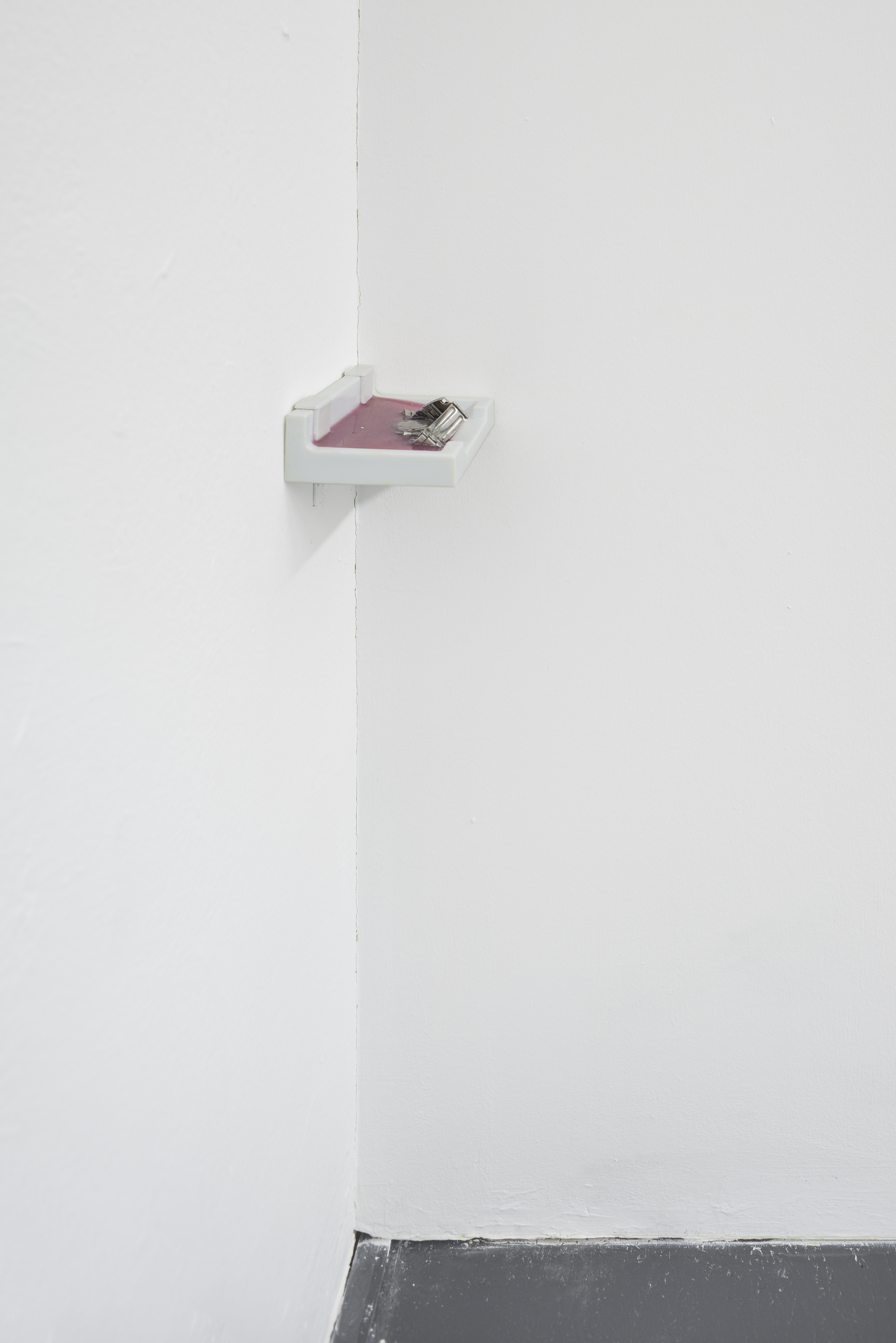 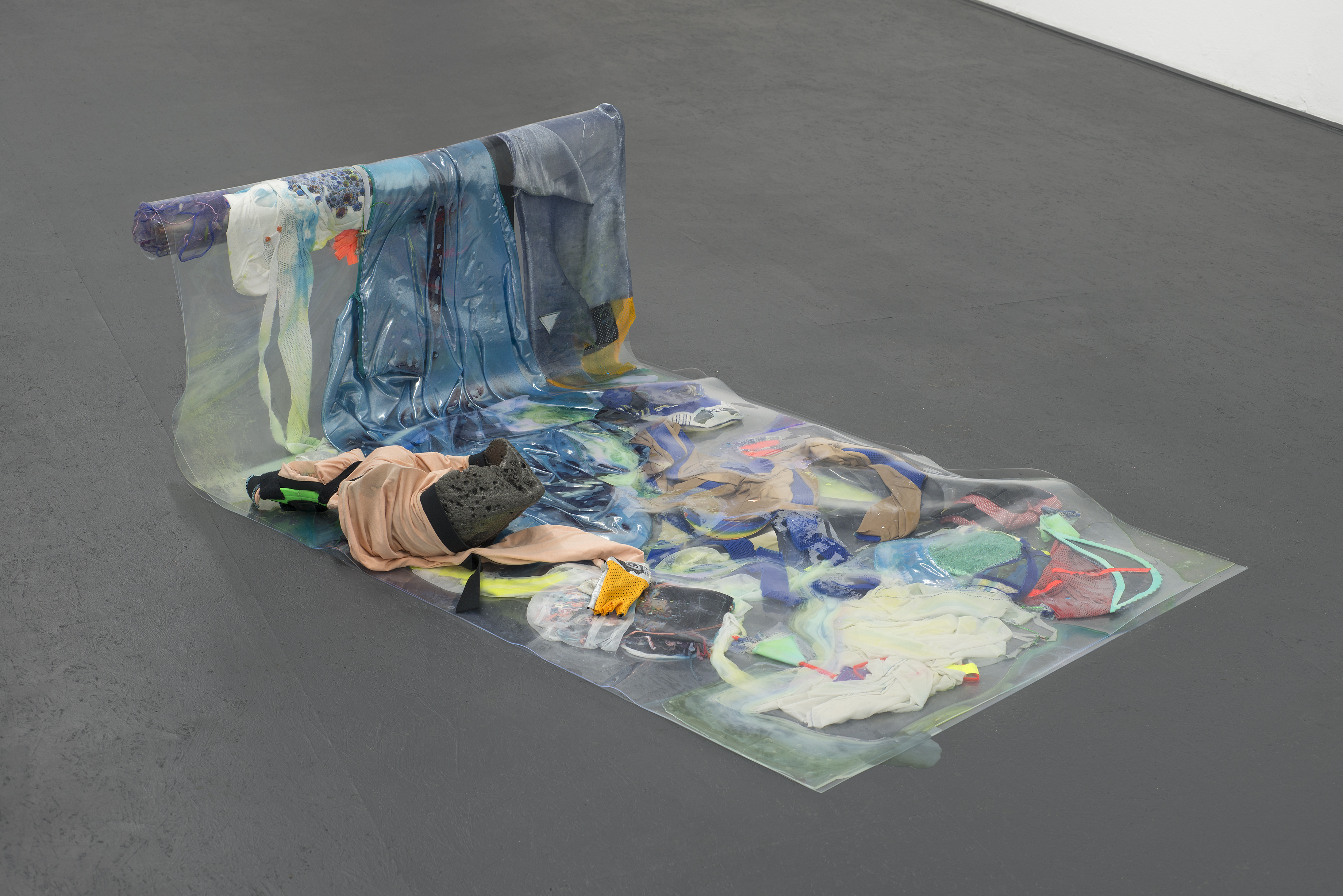 
From skin to skin. Forget to vaccinate your body & instead melt yourself with a skinny skin. Shifting through an environmentalist’s watch that looks onto foamy time. Stretch your own boundaries with a daily practice that humanizes objects, shift every moment into subjects. Refreshing with armpit sweat the stinky oil that greased cyclist lovers’ smiles, cars stink.


Solidity is illusory, evaporation still proceeds, but it’s all theatre.
Splendid weaknesses, a mineral stubbornness
That nothing can wash away.
The trust to end all trusts.

DUVE Berlin is pleased to present *Can You Wash The Water*, Iris Touliatou’s third solo exhibition with the gallery. The themes of this exhibition, which encompassses a new body of work, include the global impact of artificial imitations and synthetics, the location of value, the mutability of substance, chemical fragility and artistic technique, the poetics of the inorganic and pollution. Questioning the subtle distinctions between organic and inorganic, living and lifeless, naturalness and timelessness, Touliatou interrogates the nature and fragility of material existence.
A complete new series of works - composed of sculptures using a wide array of synthetic materials, fluids and resins, as well as a series of laser etched drawings on white rubber - pushes for ingestion and digestion of distinctions. Balancing between rationality and emotions, flexible and rigid, thinking and feeling, mind and body, passivity and activity, they explore new ways and means of human character and identity formation.
As part of her installation, Touliatou invited Berlin based duo 2♥♥8daughters to create clothing patterns, further exploring the human processing of nature and using textile as a medium to freely link mind, bodies and identities.

In consciousness  shuffling new syntheses, seeking deeper significance. All together towards the inorganic, there is no mortality.
Can you wash the water.

* * *
Iris Touliatou was born in 1981 in Athens, Greece. She received her Masters of Fine Arts from the Ecole Nationale Supérieure des Beaux Arts de Paris, FR in 2008. Recent exhibitions include Centuries Will Squeeze Between Your Thumbs And Your Index, abc art berlin contemporary (with DUVE Berlin), Berlin, DE; Heritage, Fondation Le Corbusier, Paris, FR, 2015; I thought you were the real thing, ROMANTSO Cultural Center, Athens, GR, 2015 (group show); Solus Rex, National Theatre of Greece, Athens, GR, 2013; and Matter Enclosed in Heavy Brackets, Museum of Contemporary Art, Leipzig, DE, 2012. Touliatou is among the recipients of the 2014 UNESCO-Aschberg bursary, the 2014 German-Czech Future Fund, the 2011 Future of Europe Art Prize and the 2010 Onassis Foundation Grant. Iris Touliatou lives and works between Berlin and Athens.

2♥♥8daughters was founded in summer 2012 by Isa Griese and Derek MF Di Fabio. As 2♥♥8daughters they performed music at Full Moon Saloon, curated by Dafne Boggeri, O’, Milan (2012), at JHB Fondation Royale, Brussels (2013) and toured with Isamit Morales’ Alps Tour (2014). They held workshops in London and Turin curated by Almanac Projects, then for Matteo Rubbi’s solo show at Studio Guenzani, Milan, and during Dirty Wellness, curated by Francesca Zedtwitz-Arnim, L’Atelier-KSR, Berlin. In 2015 they collaborated for BUIO. Unplugged, curated by In Fact And In Fiction, Musil, Cedegolo, and Pole Pole, a solo show with soundtrack by Charlotte Simon at Tile Project Space, Milan.