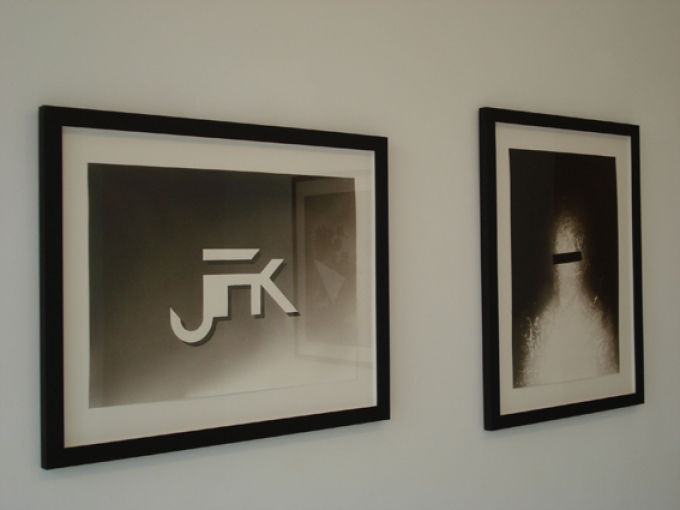 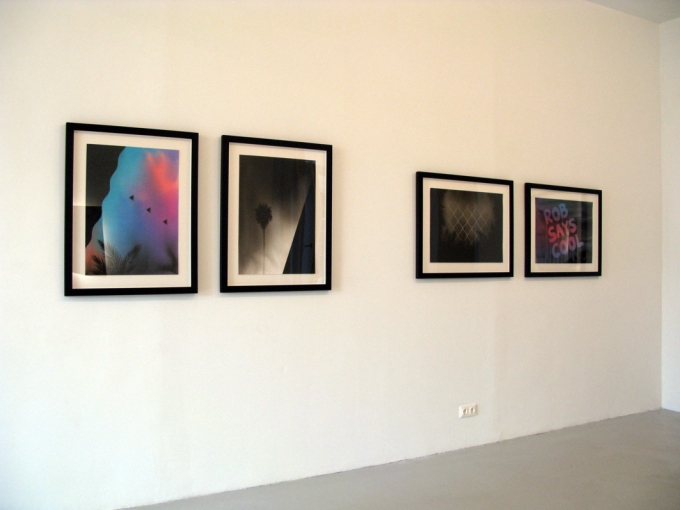 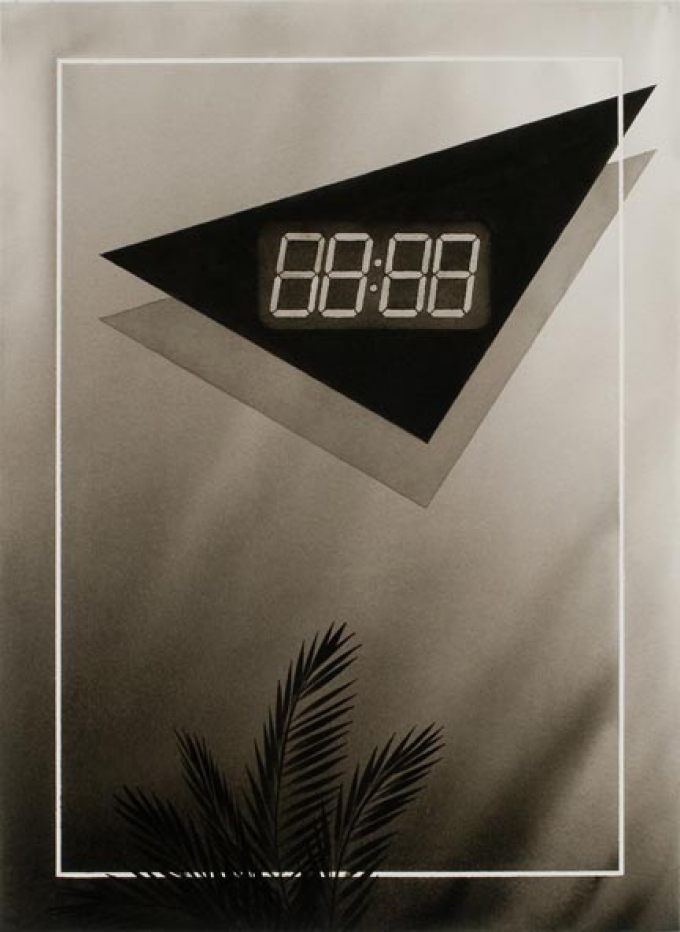 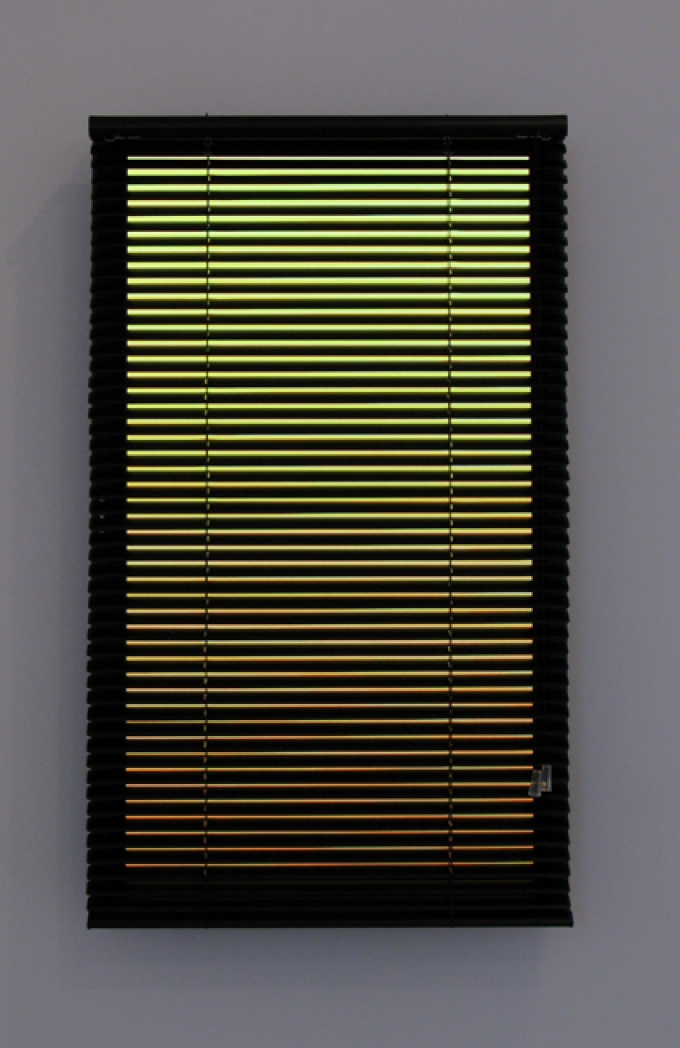 INFO
For his first solo show at DUVE Berlin, the New York based artist Evan Gruzis will present a number of drawings and two hybrid-form sculptures. Choosing the title *dusky parlour*, a common literary description during the early twentieth century and Victorian era, Gruzis indicates his own out-of-time, theatrical artistic affinities. As the title suggests, he invites a moody portrayal of light, both real and represented, into the social space, or “parlour”, of the gallery. In doing so, the pretence of his subject matter falls victim to the drama of its own aesthetic, and an oblique yet formally seductive satire is played out.
With Gruzis’ ink drawings, banal graphic gestures, common cultural iconography, and an acute sense of light combine to create a language that could be deemed “Pop-Noir”. Though hand-rendered, the drawings’ smooth washes and geometric passages give them air of commercialism, while their reduced subject matter revels in seductive vapidity. Here, meaning is not created with specific imagery, but through a non-hierarchical treatment of a variety of images. Evoking 80’s advertising, retro-photography, urban textures, and the tragically decorative, these works are a satirical mimesis of contemporary “cool”.
In “Project: Sunset” Gruzis combines the notion of the ready-made with an ambient video loop to form an absurdist light sculpture. The video element, a blurred sunset filmed from the shores of California, plays in real-time on a sideways flat-screen television that is obscured by a Venetian blind. In this piece the ultimate cliché of beauty, the sunset, is channelled through ultimate media tool, the television, but is ironically redeemed into the visceral by an allusion to negated sight, the blind. “Project: Sunset” is, in Gruzis’ words, “where Turrell meets Vonnegut”
Again utilizing light in the actual, Gruzis explores the plasticity of truth and the border between “real” and “prop” in the sculptural painting, “Portrait of My Attaché, Davis Bonehobby”. Here the convention of painting is subverted by the installation of fluorescent lights on the back of the canvas, creating a work that theatrically glows and becomes a caricature, or prop, of itself. Building on this premise, Gruzis paints a simple portrait of a professional actor in character as his “attaché”. Though the subject matter is from truly “from life”, it is embedded in a created fiction. In conjunction with its sculptural manipulation, this work becomes double artifice, playfully pointing to the relativity of meaning and the myth of the artist.
Evan Gruzis was born in Milwaukee, Wisconsin in 1979, and received a BFA in Painting from the University of Wisconsin Madison in 2002 and a MFA in Combined Media from Hunter College in 2008. He lives and works in New York