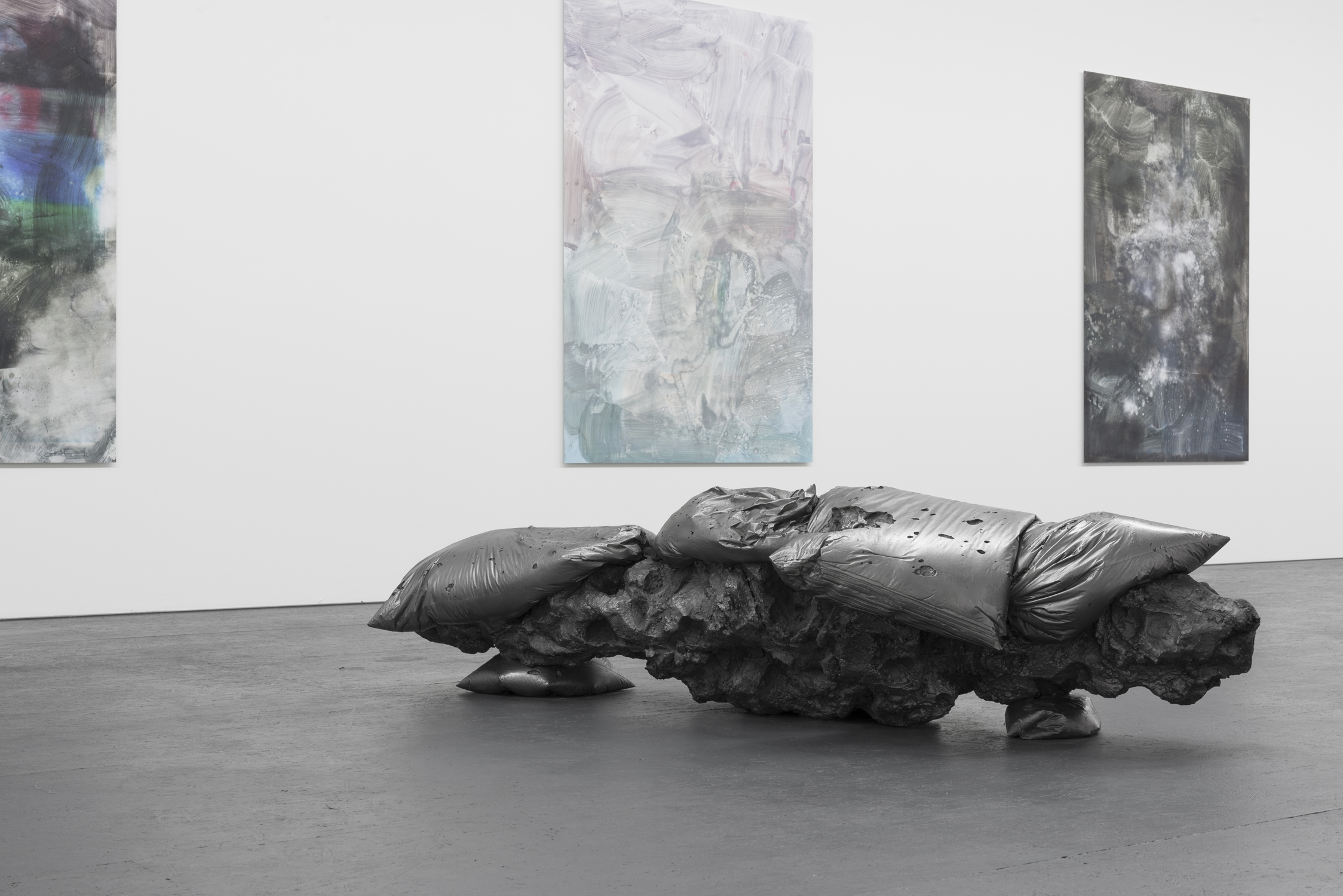 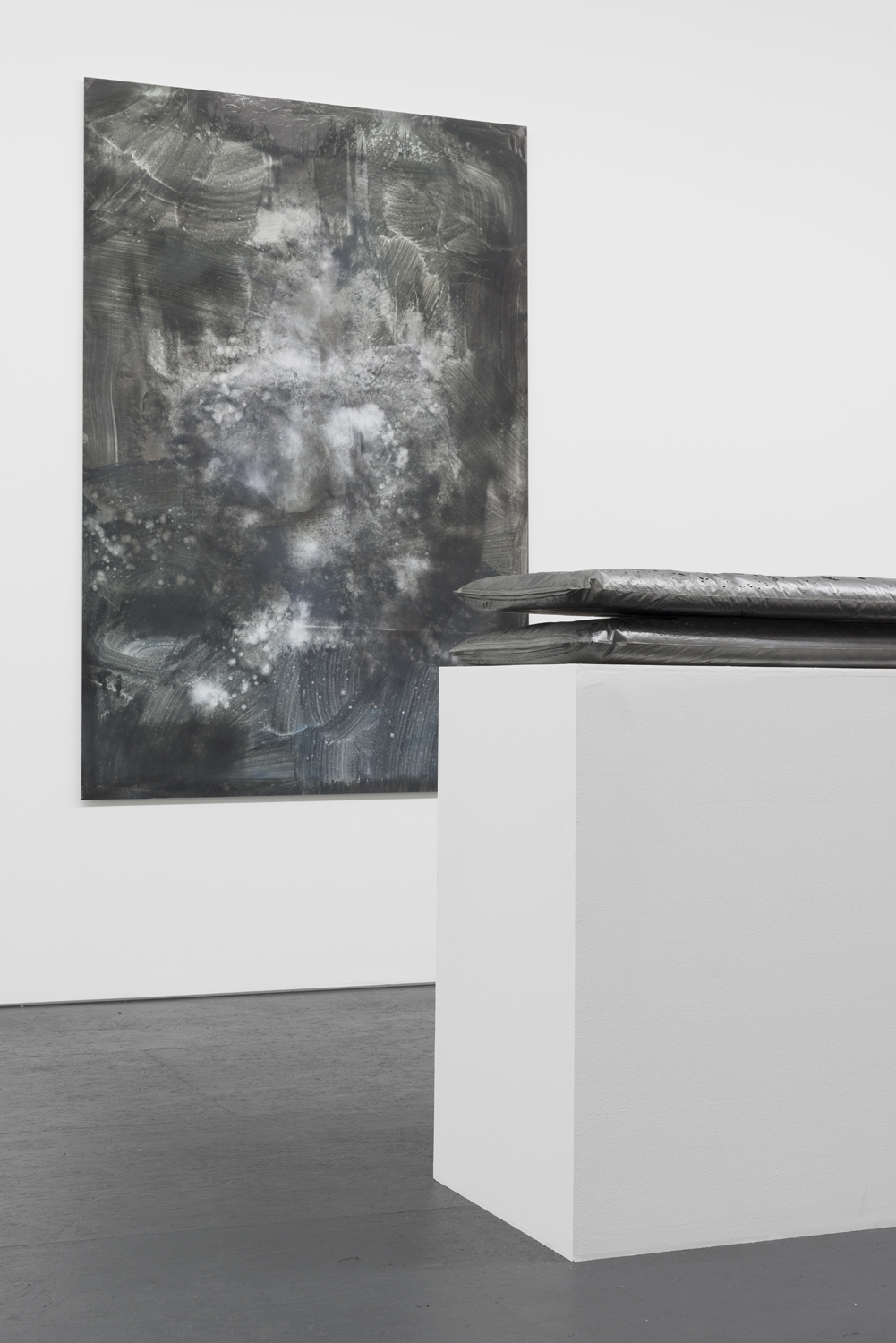 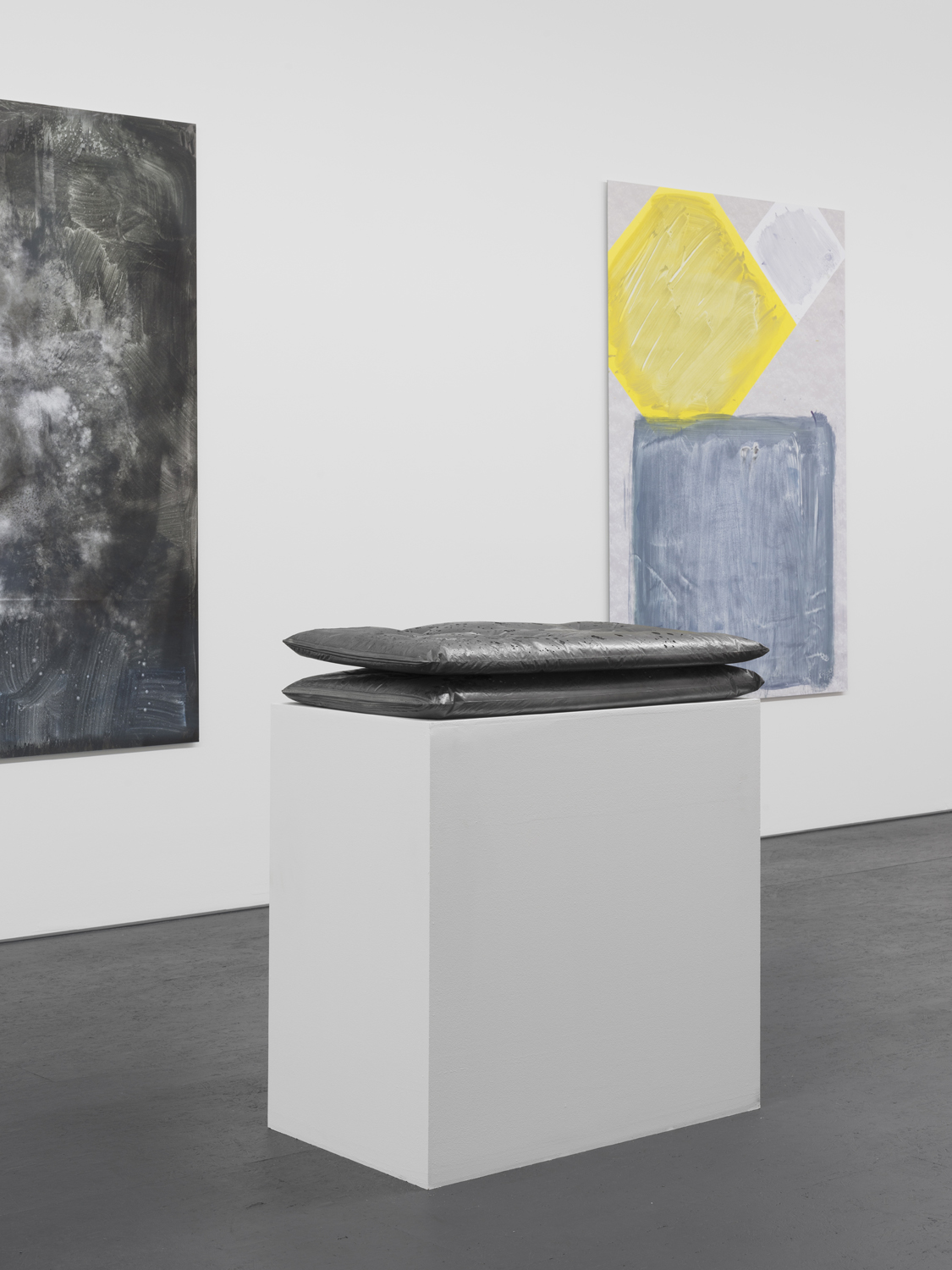 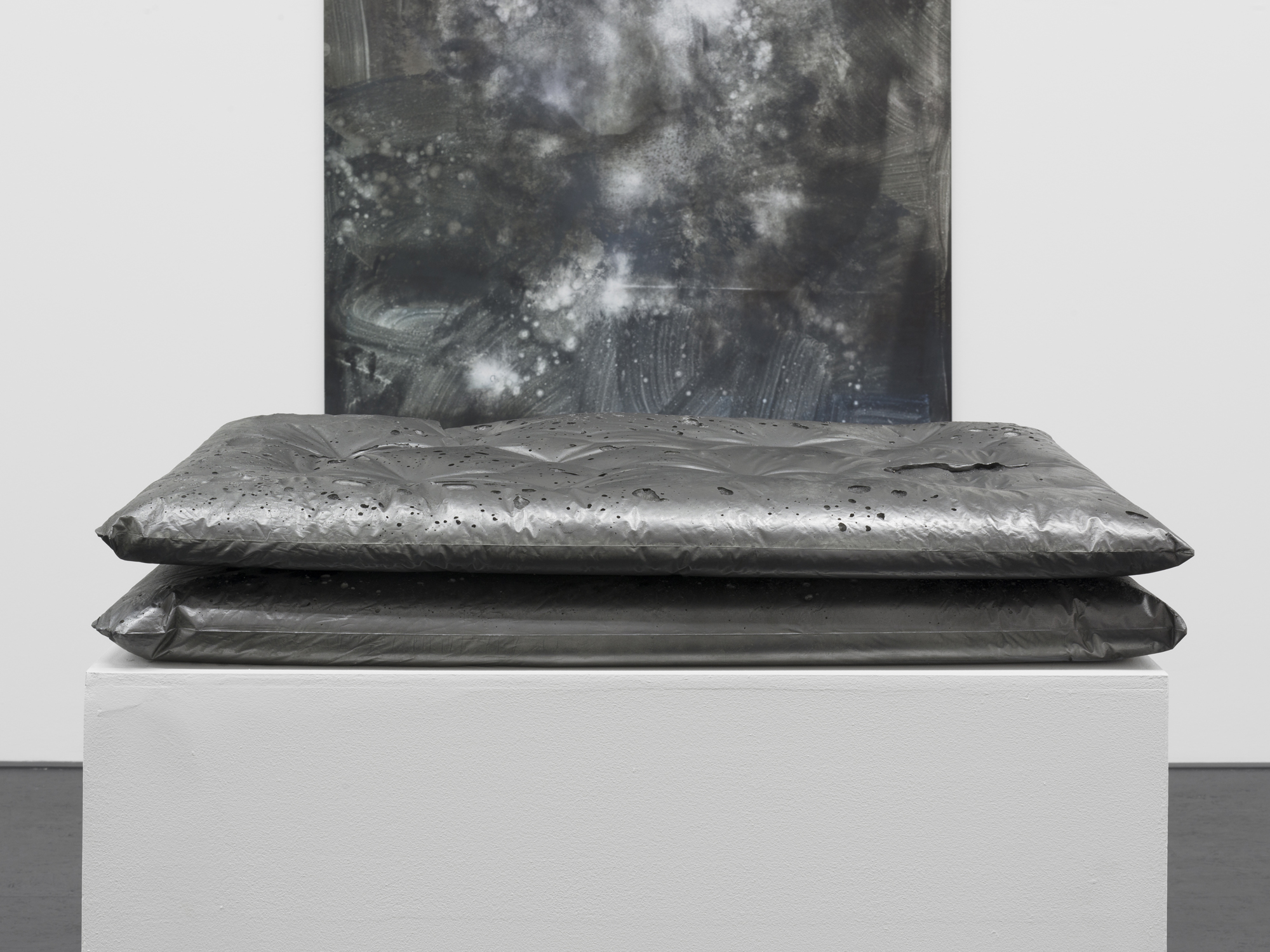 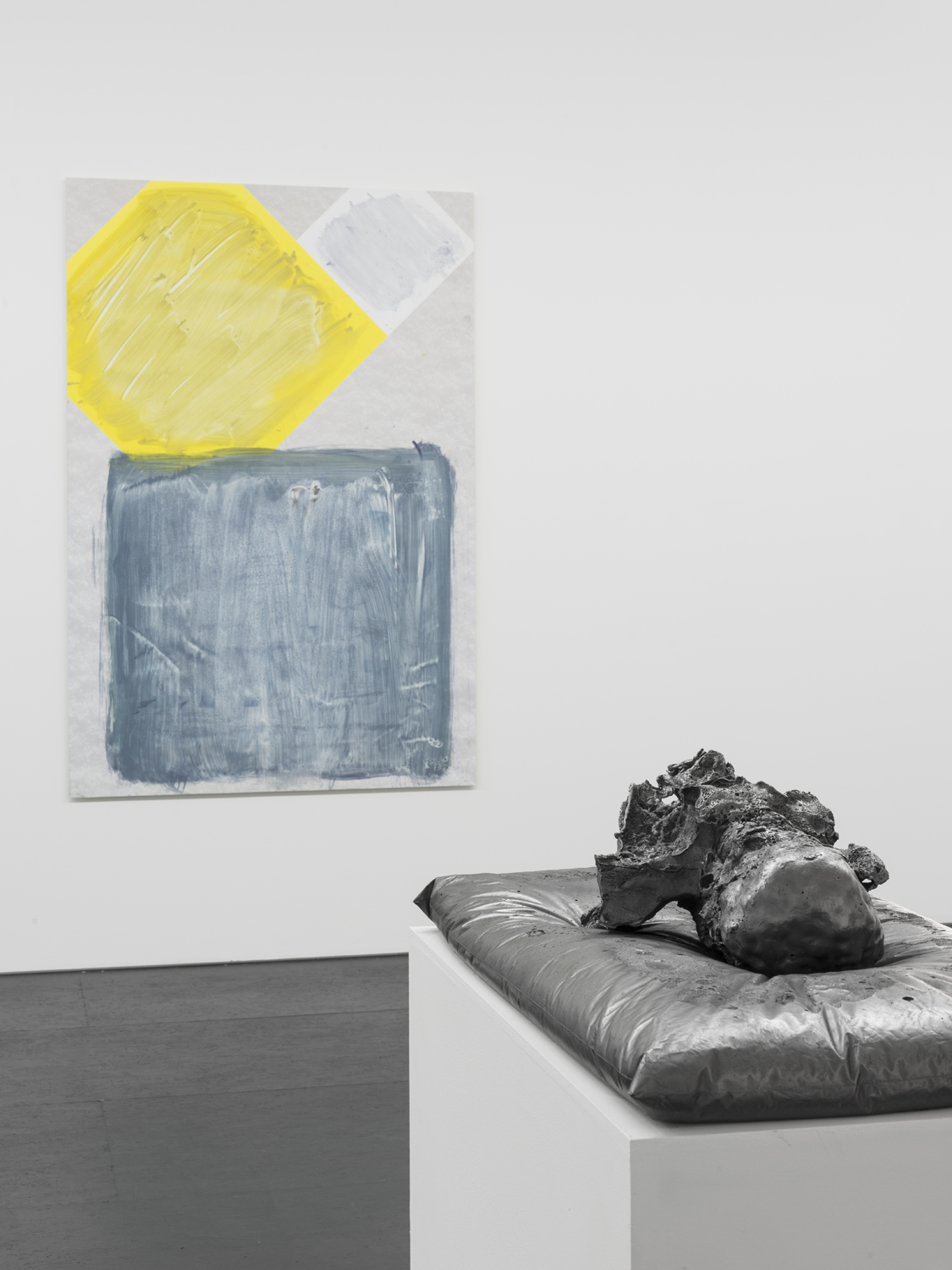 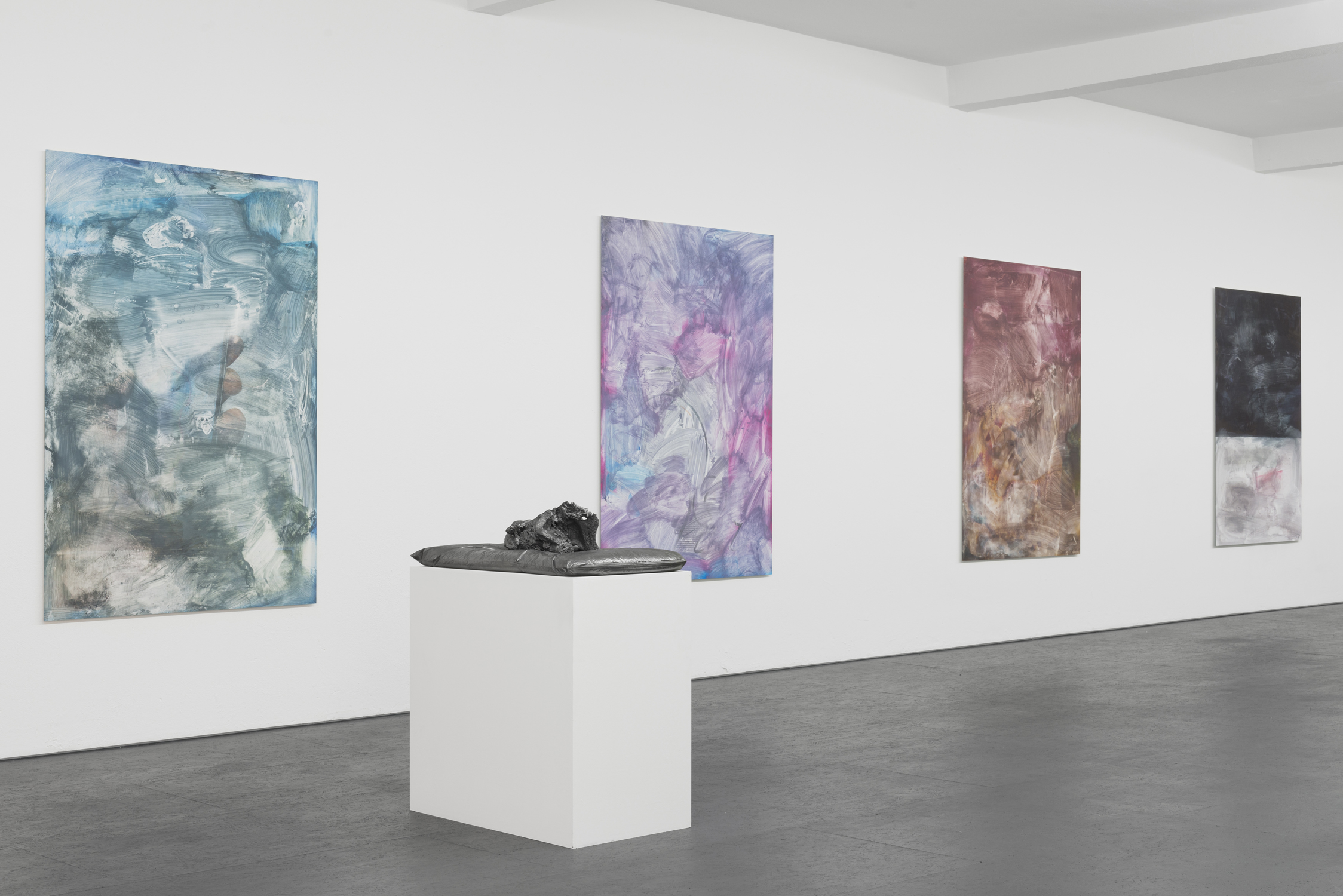 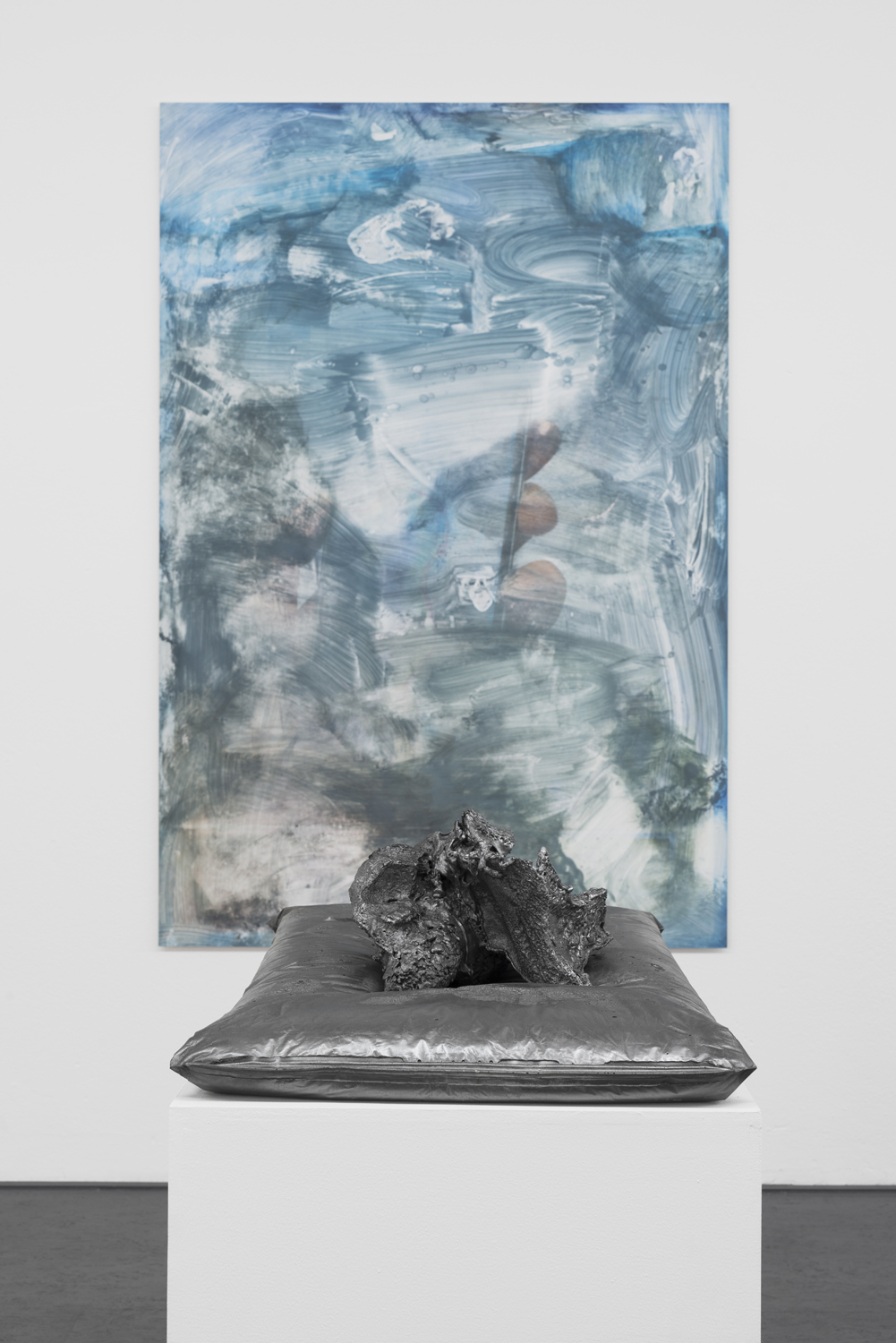 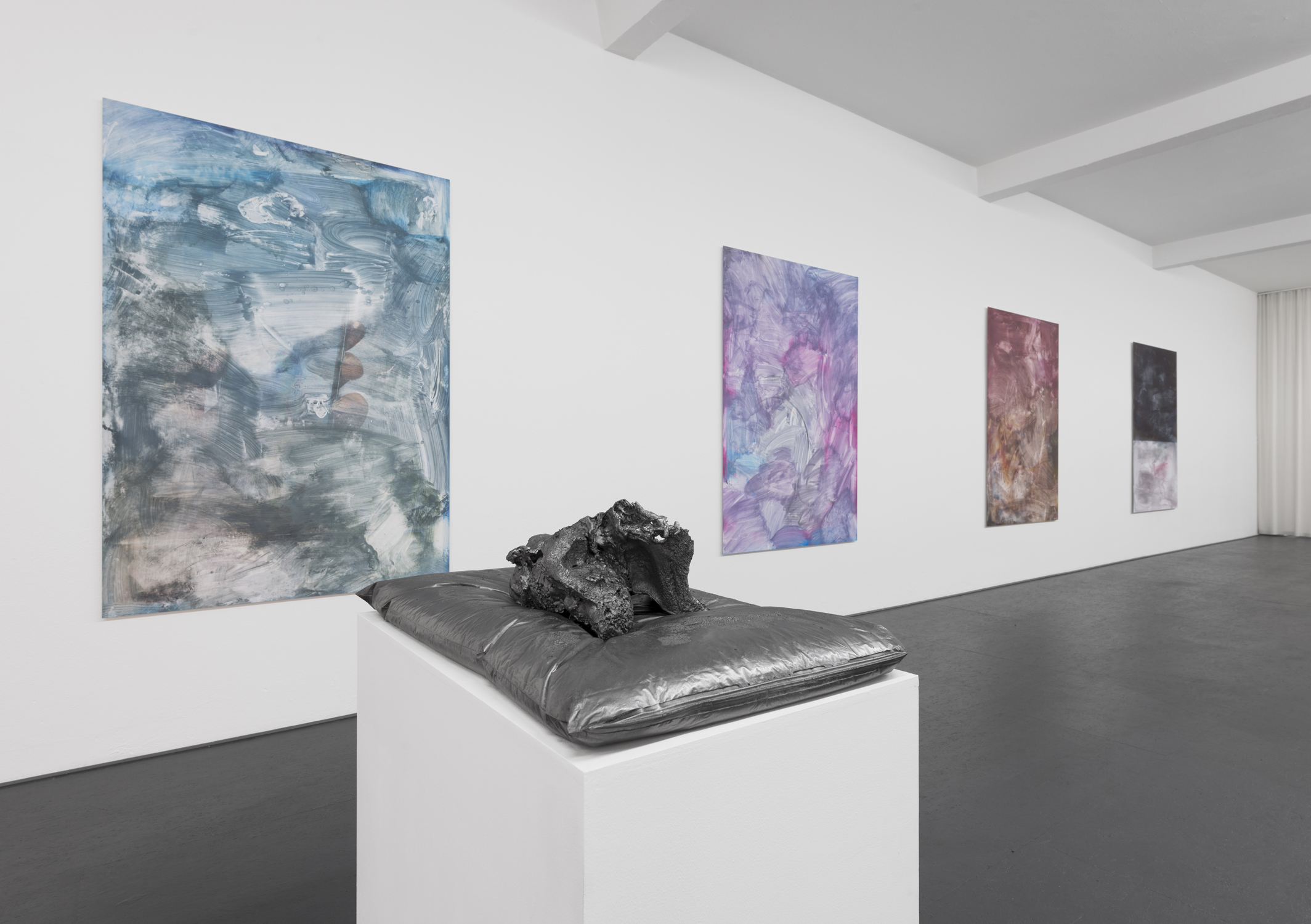 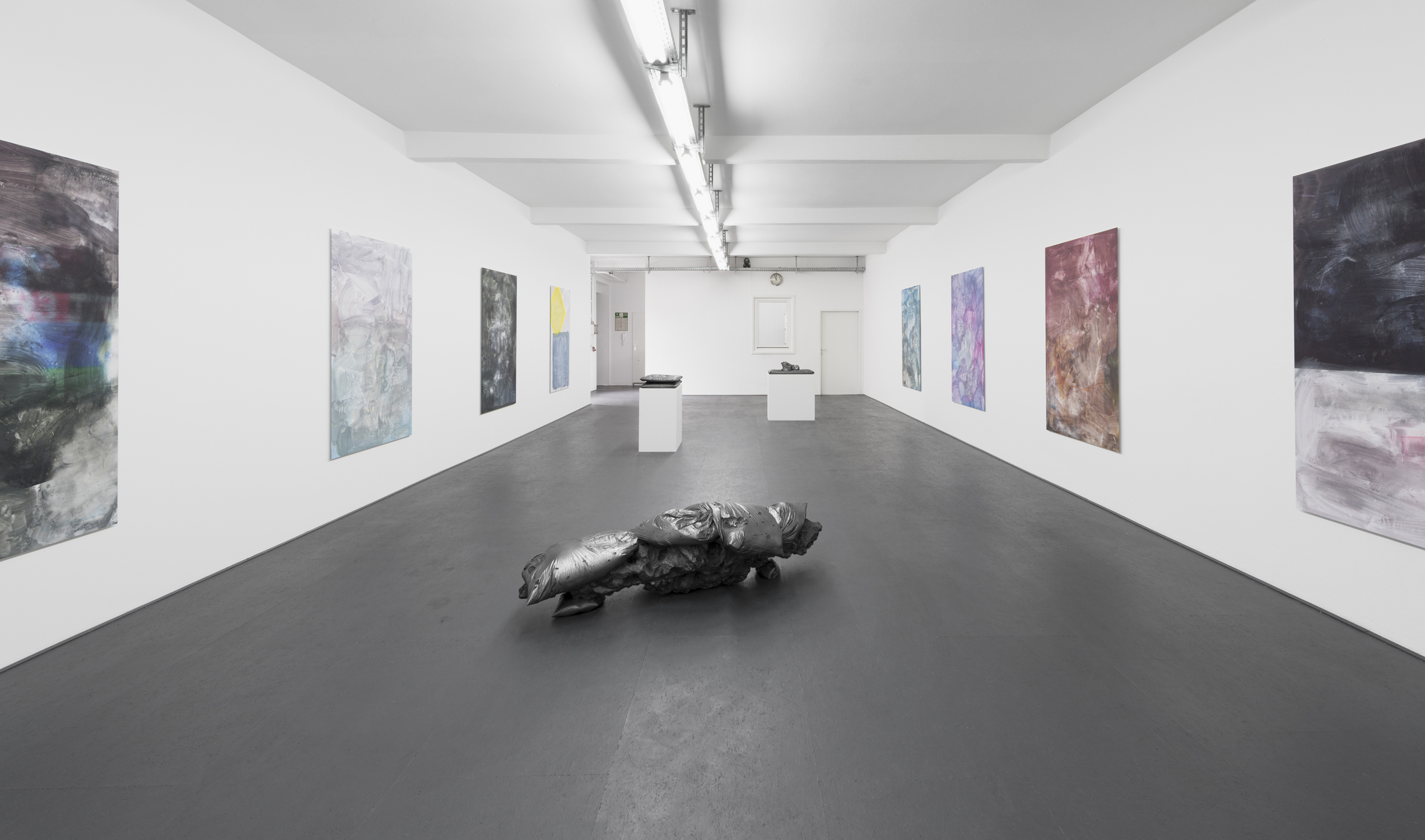 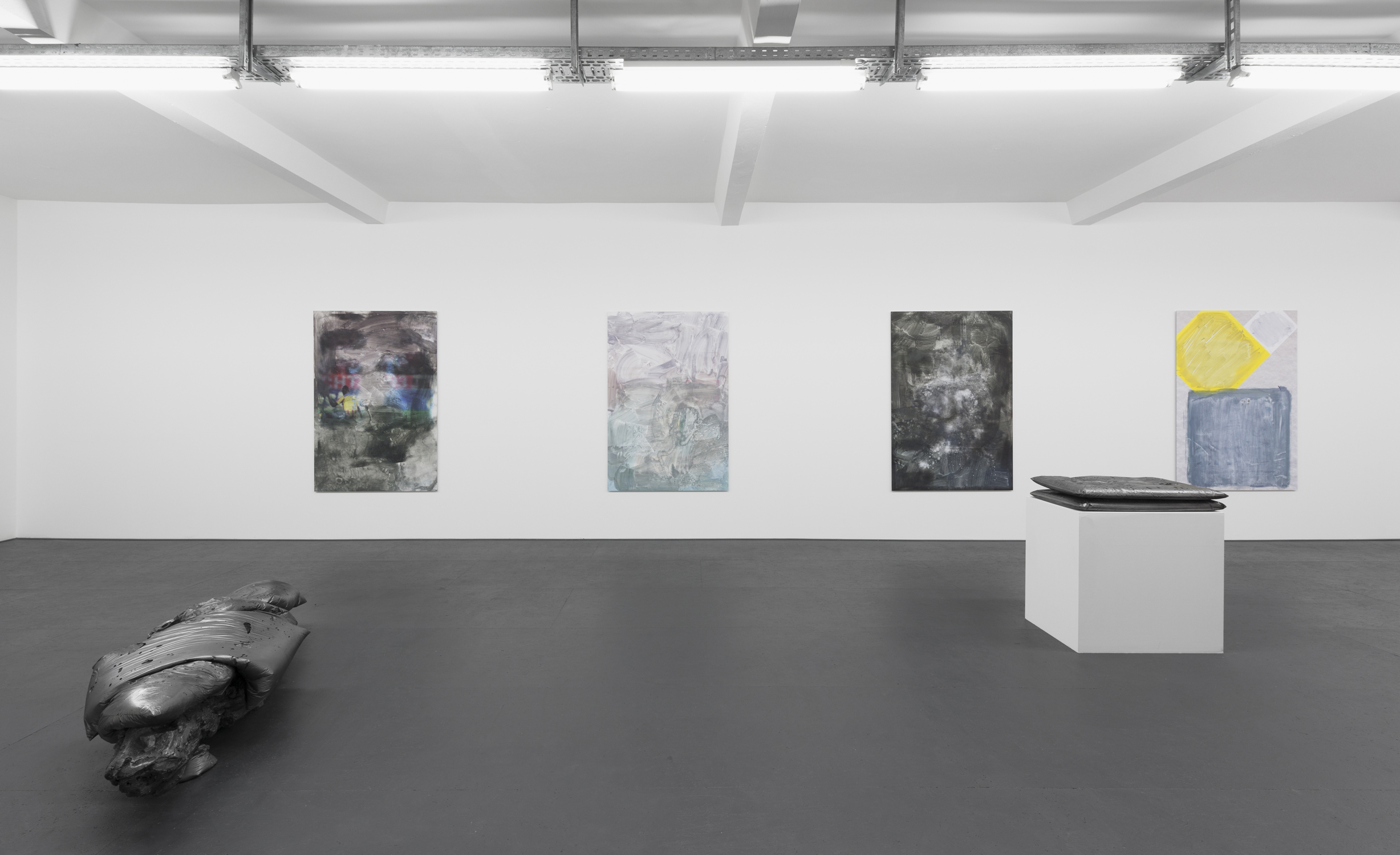 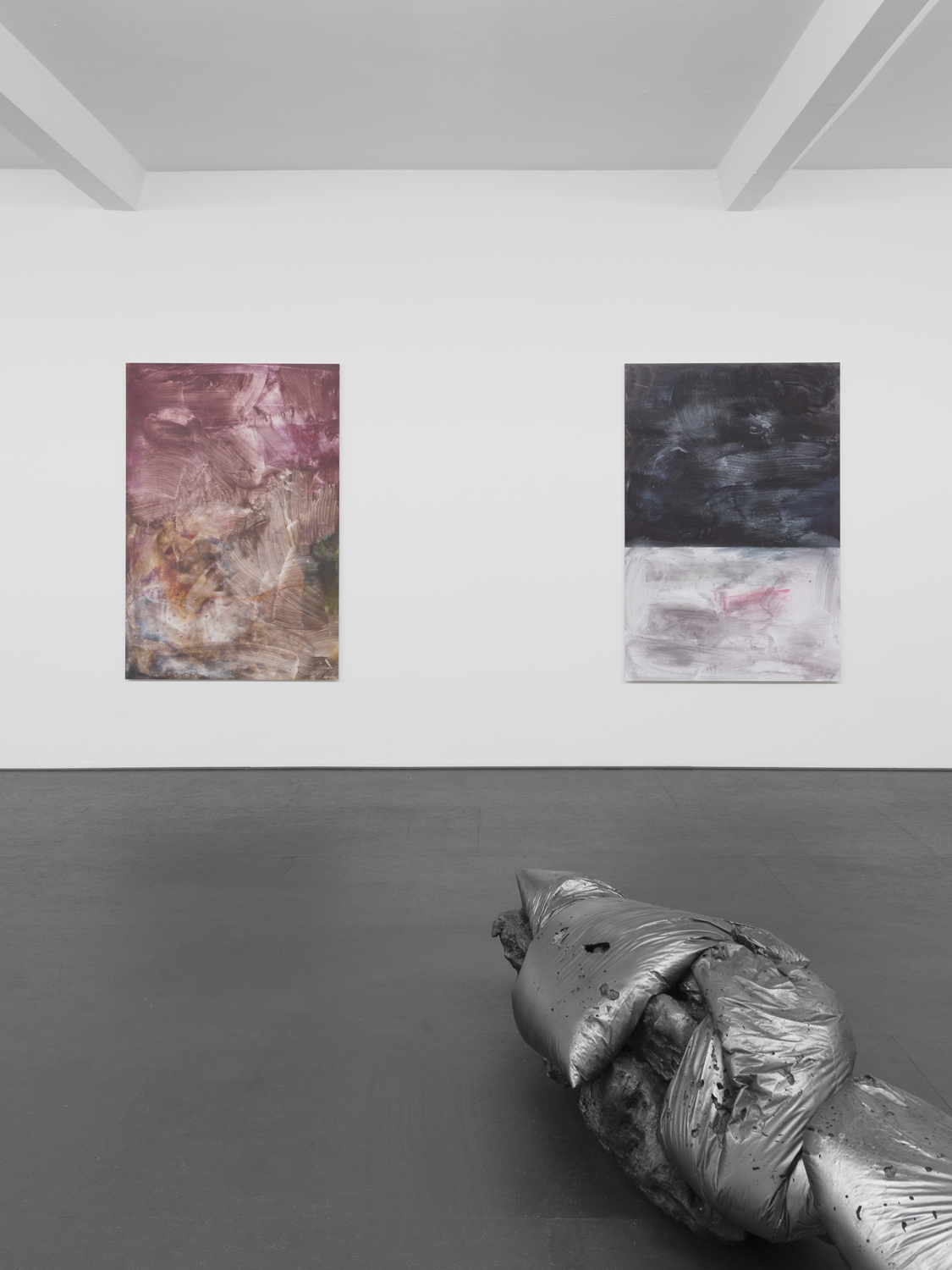 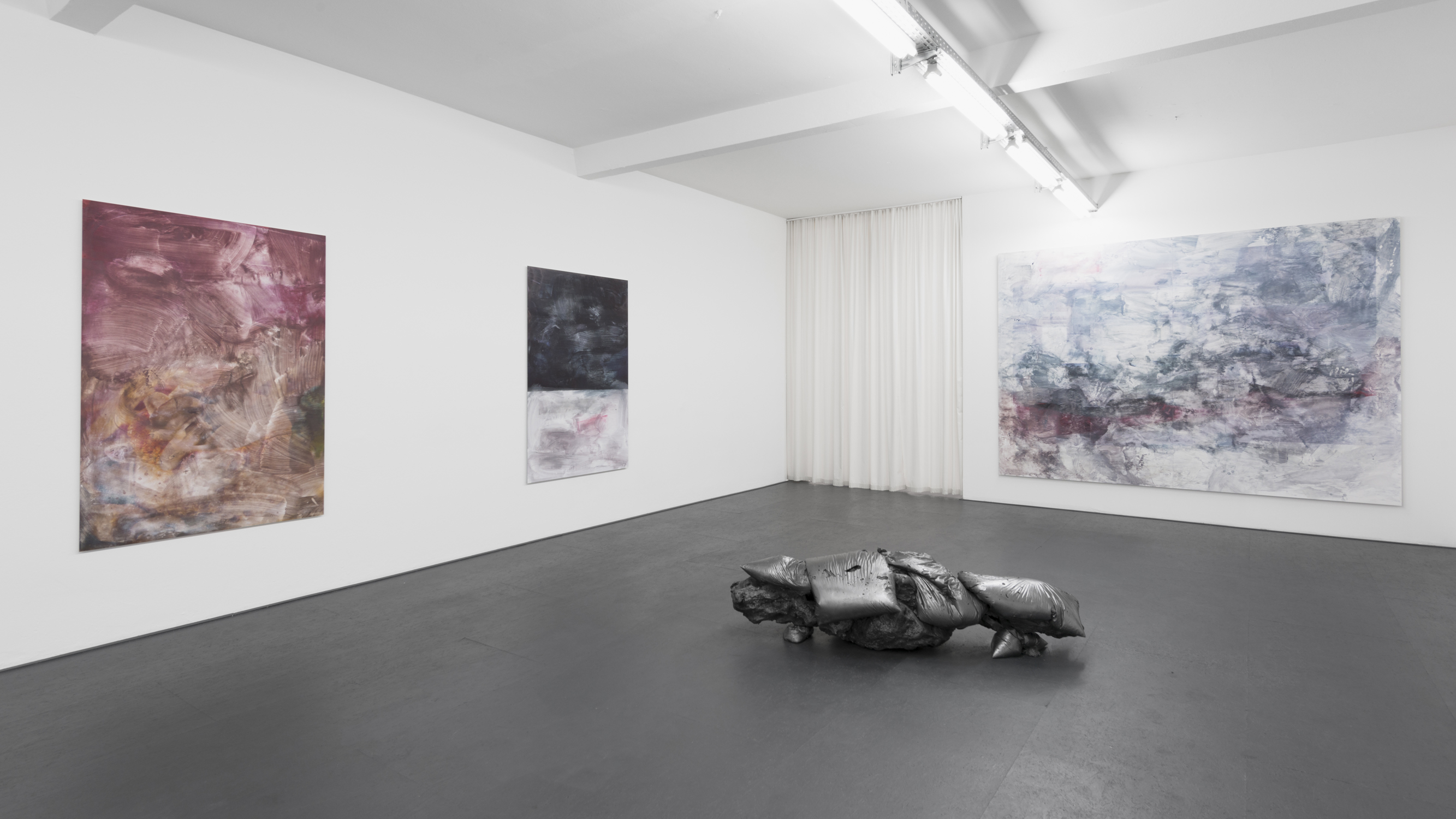 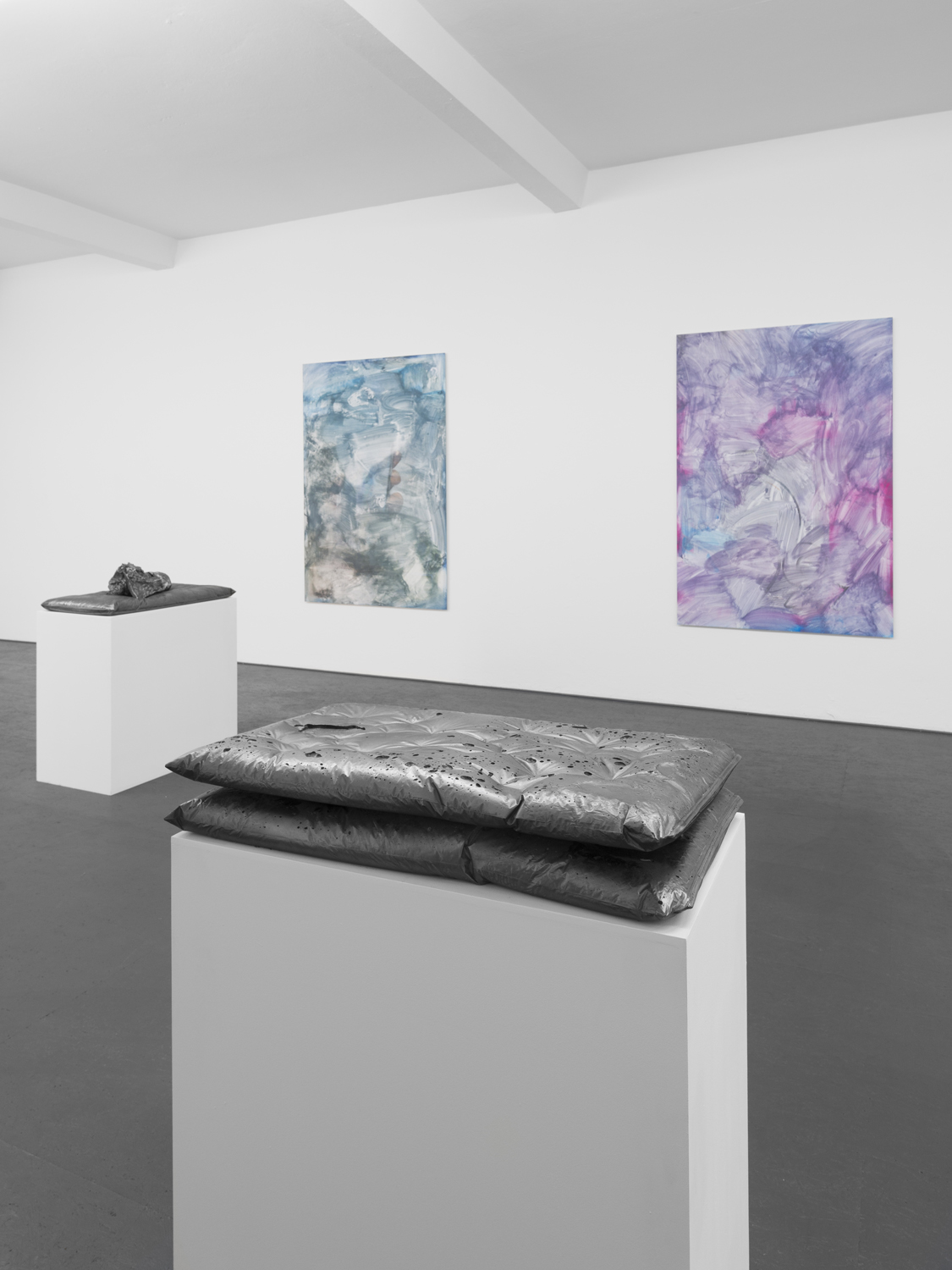 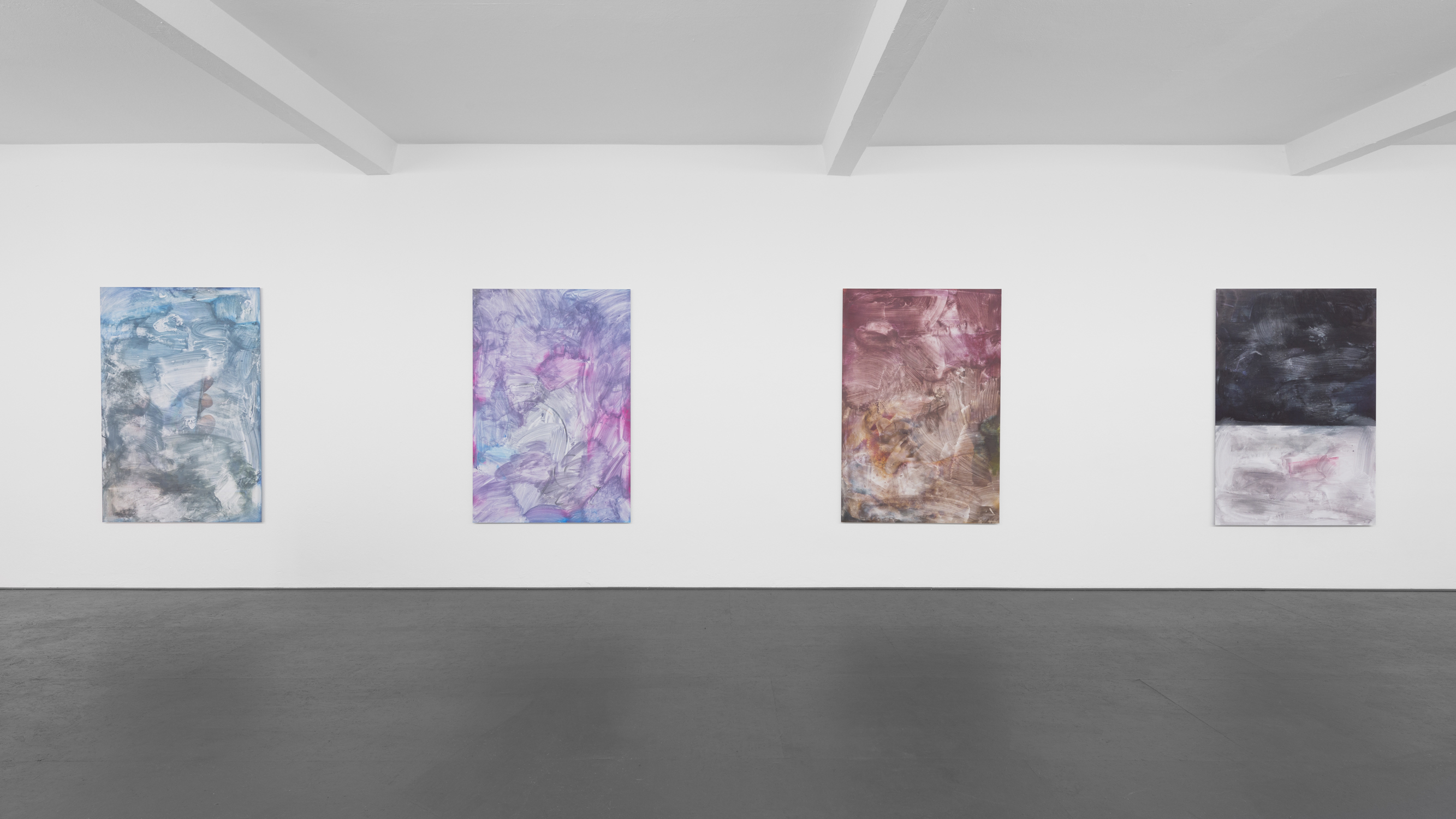 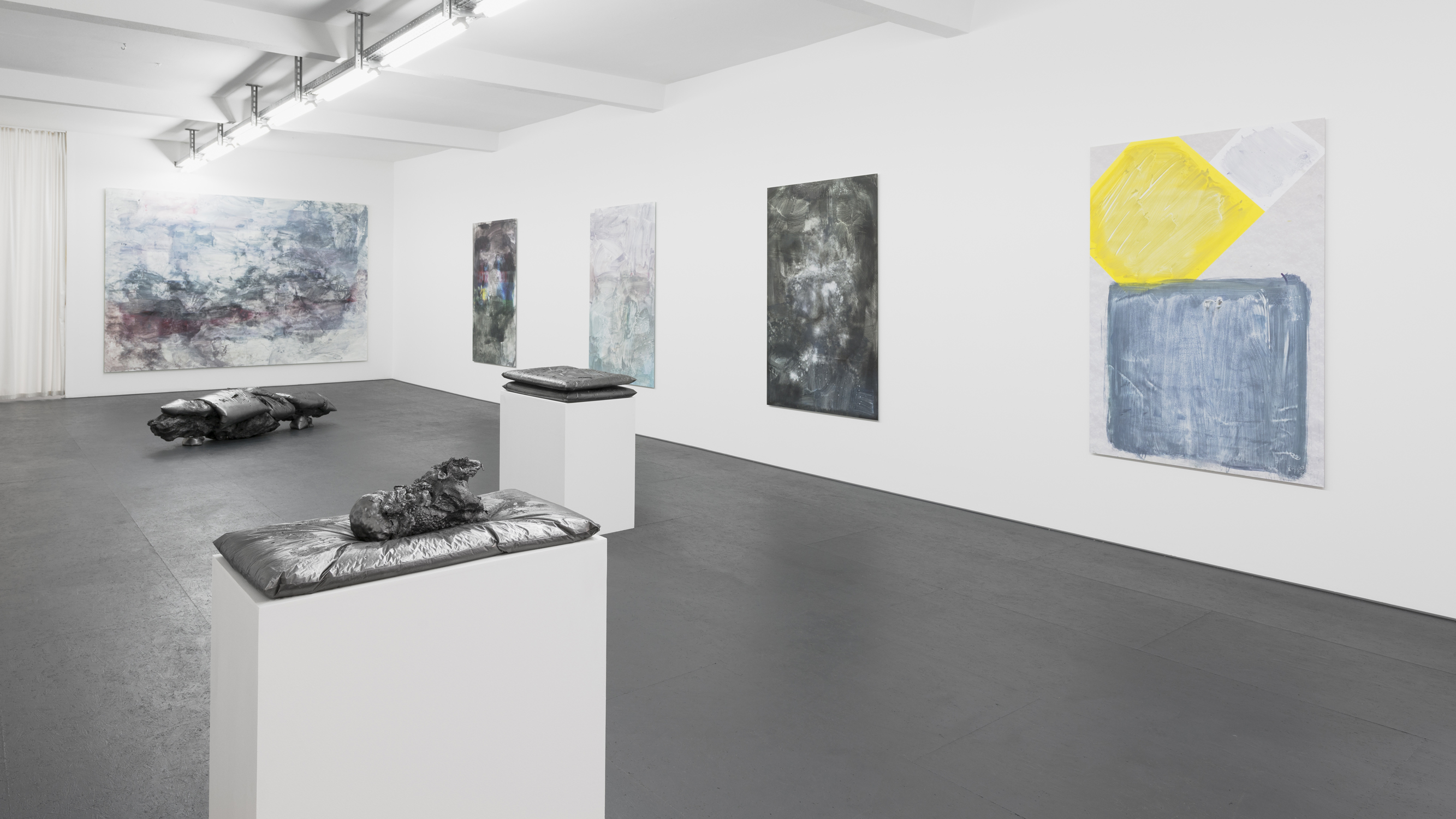 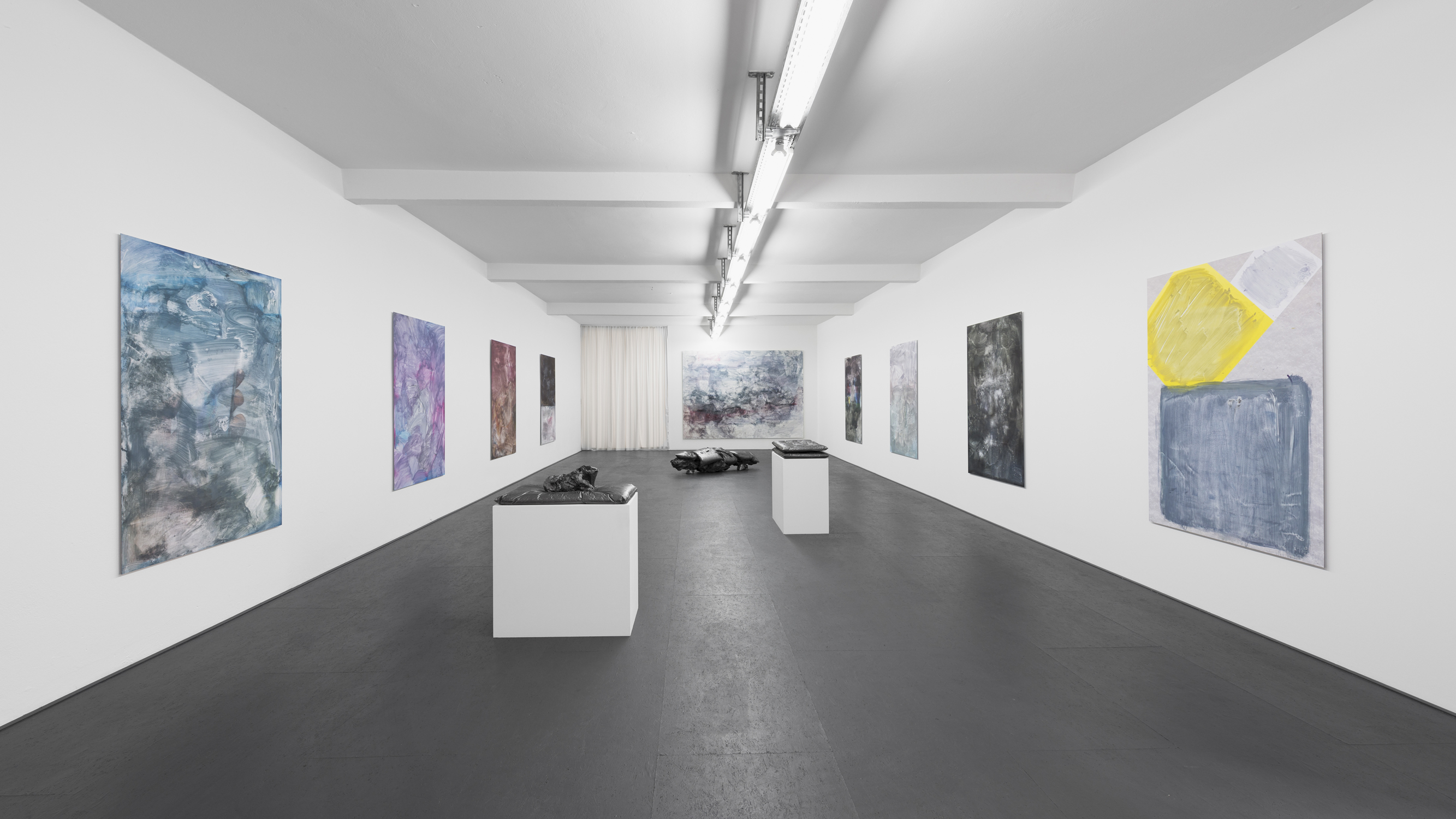 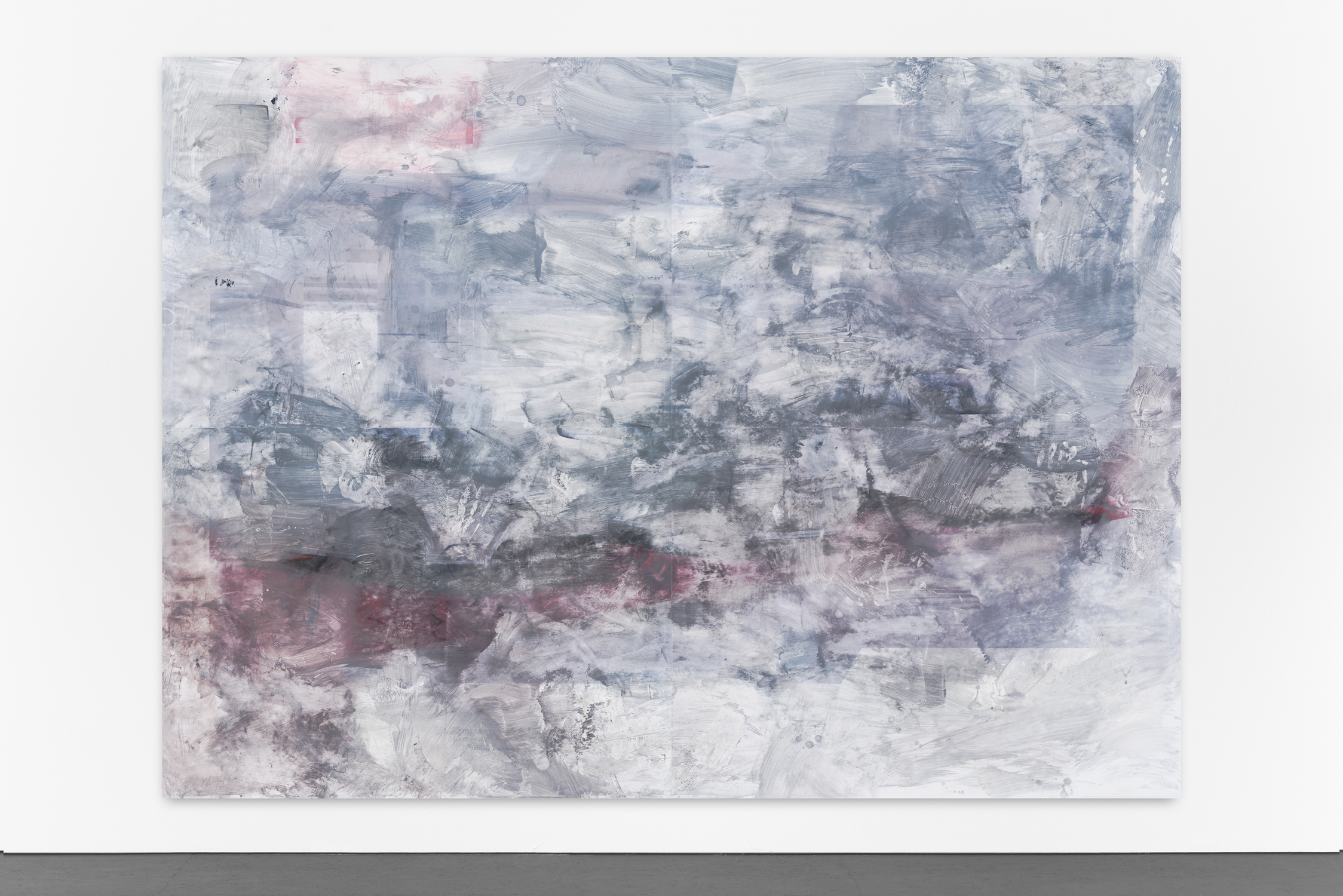 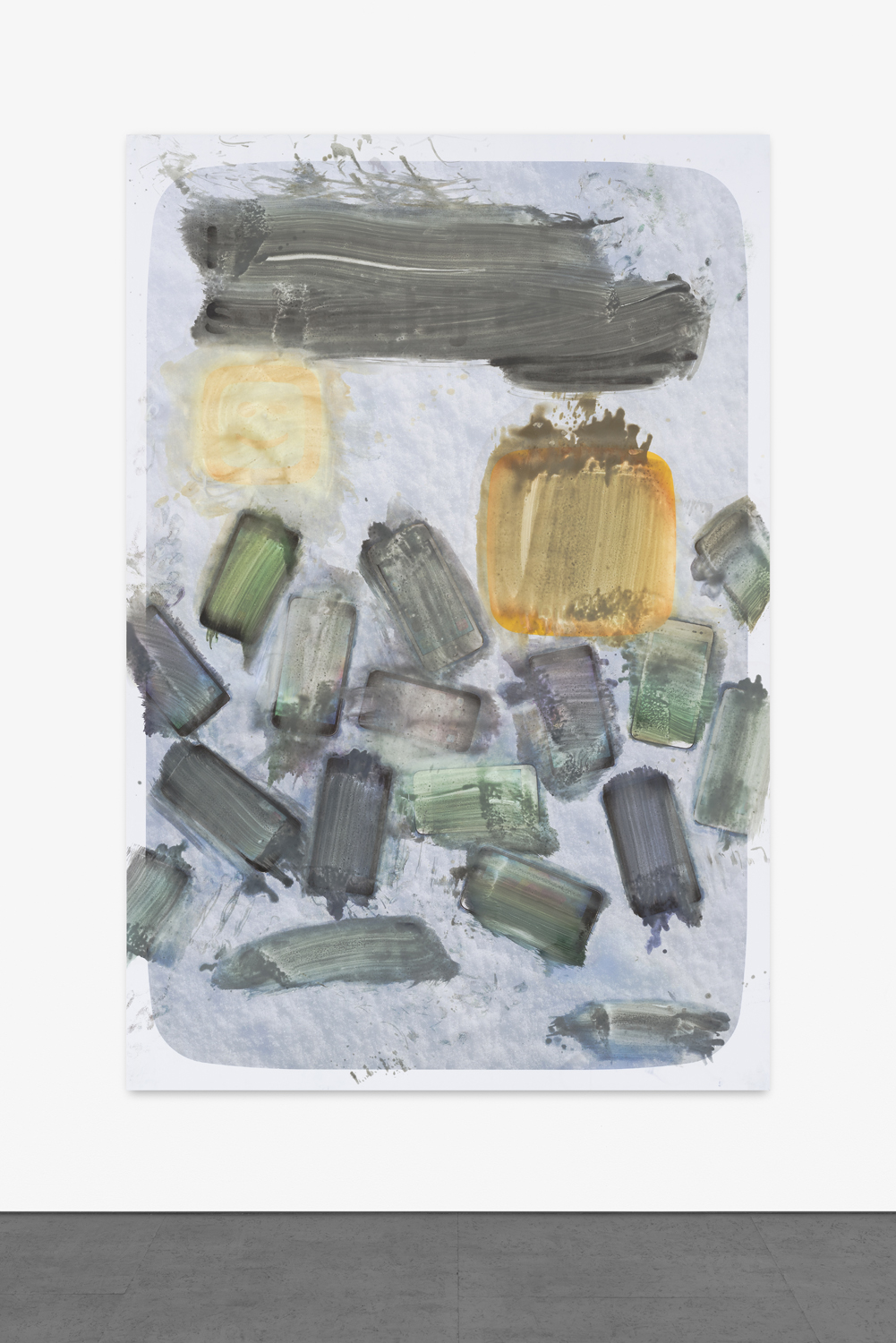 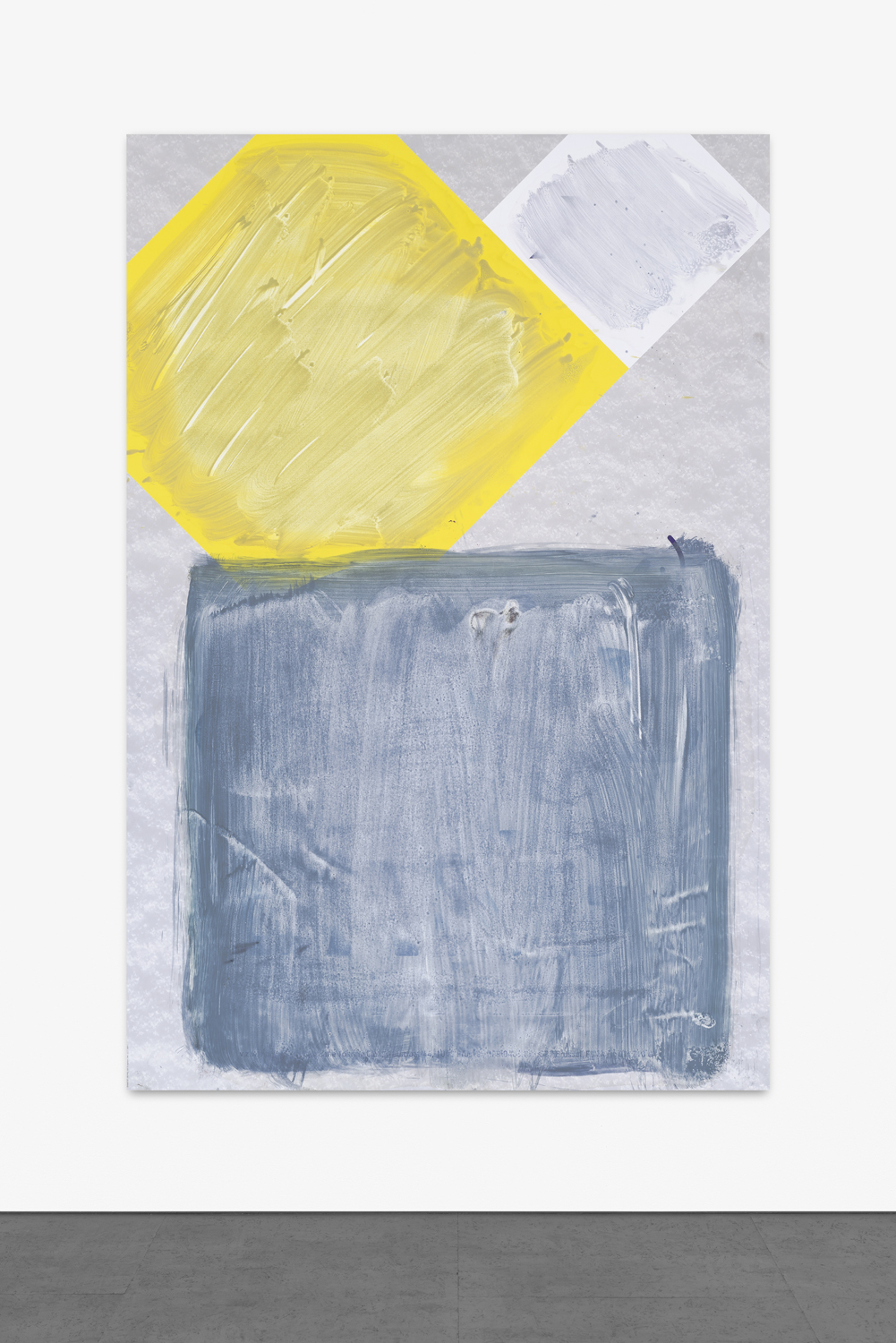 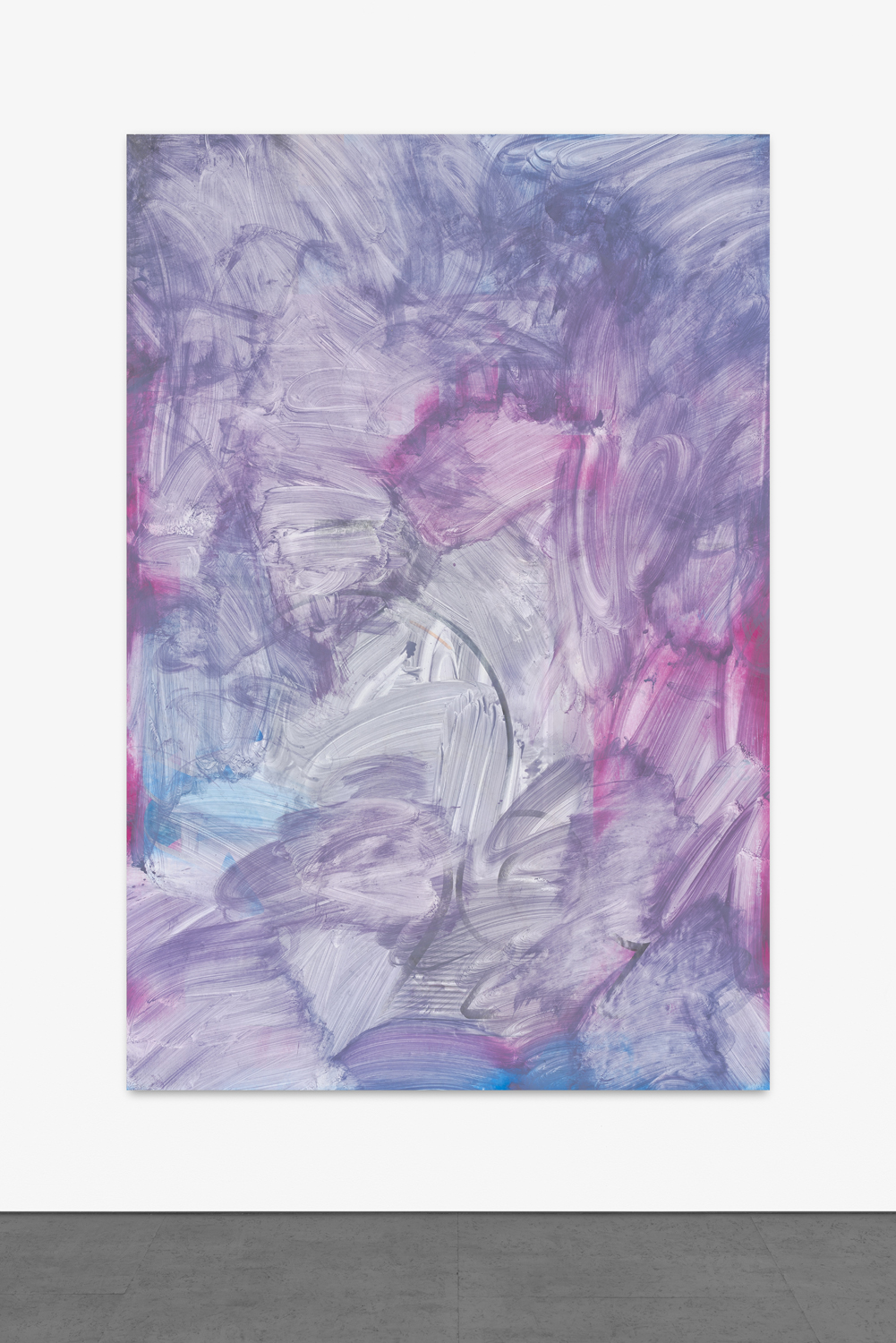 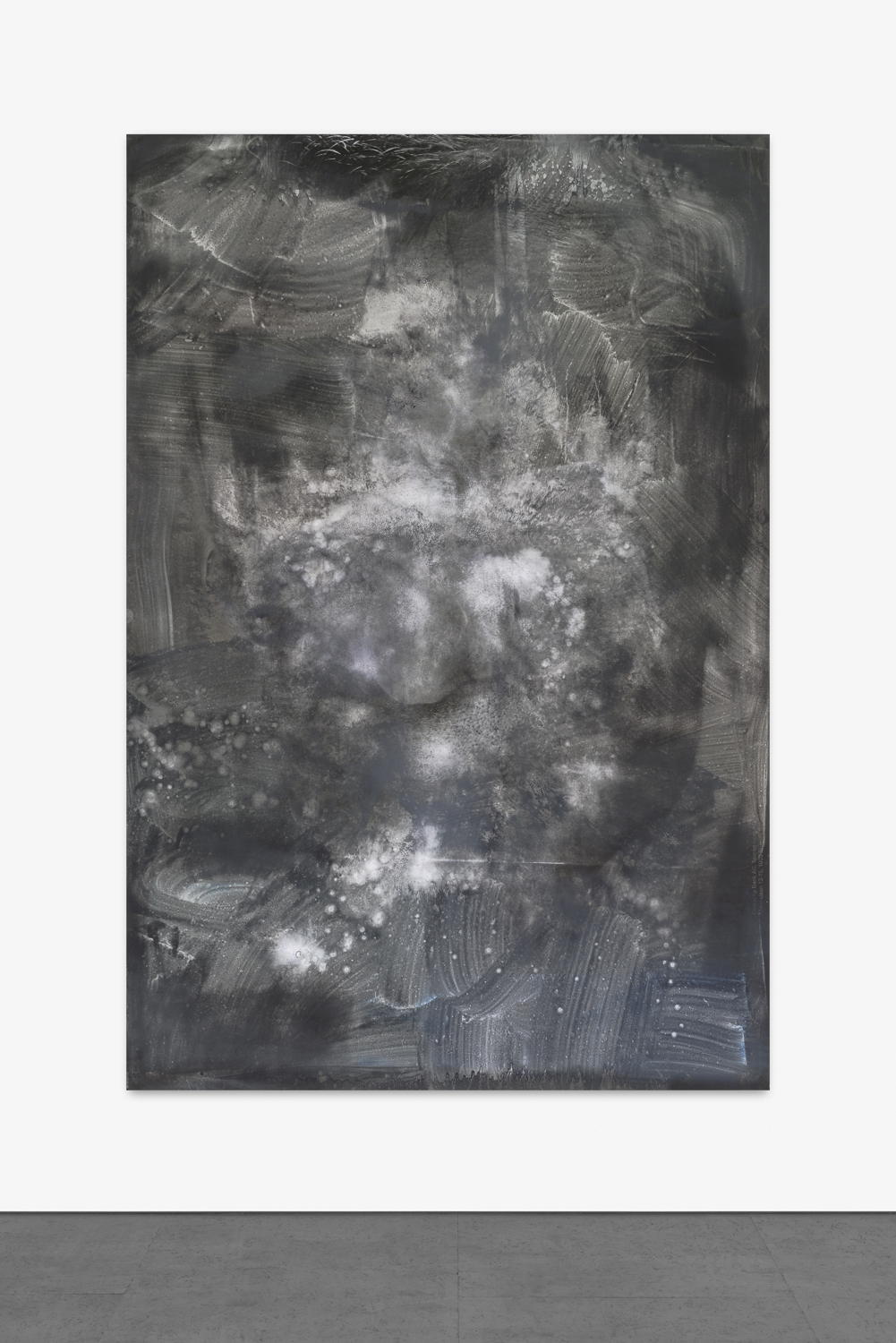 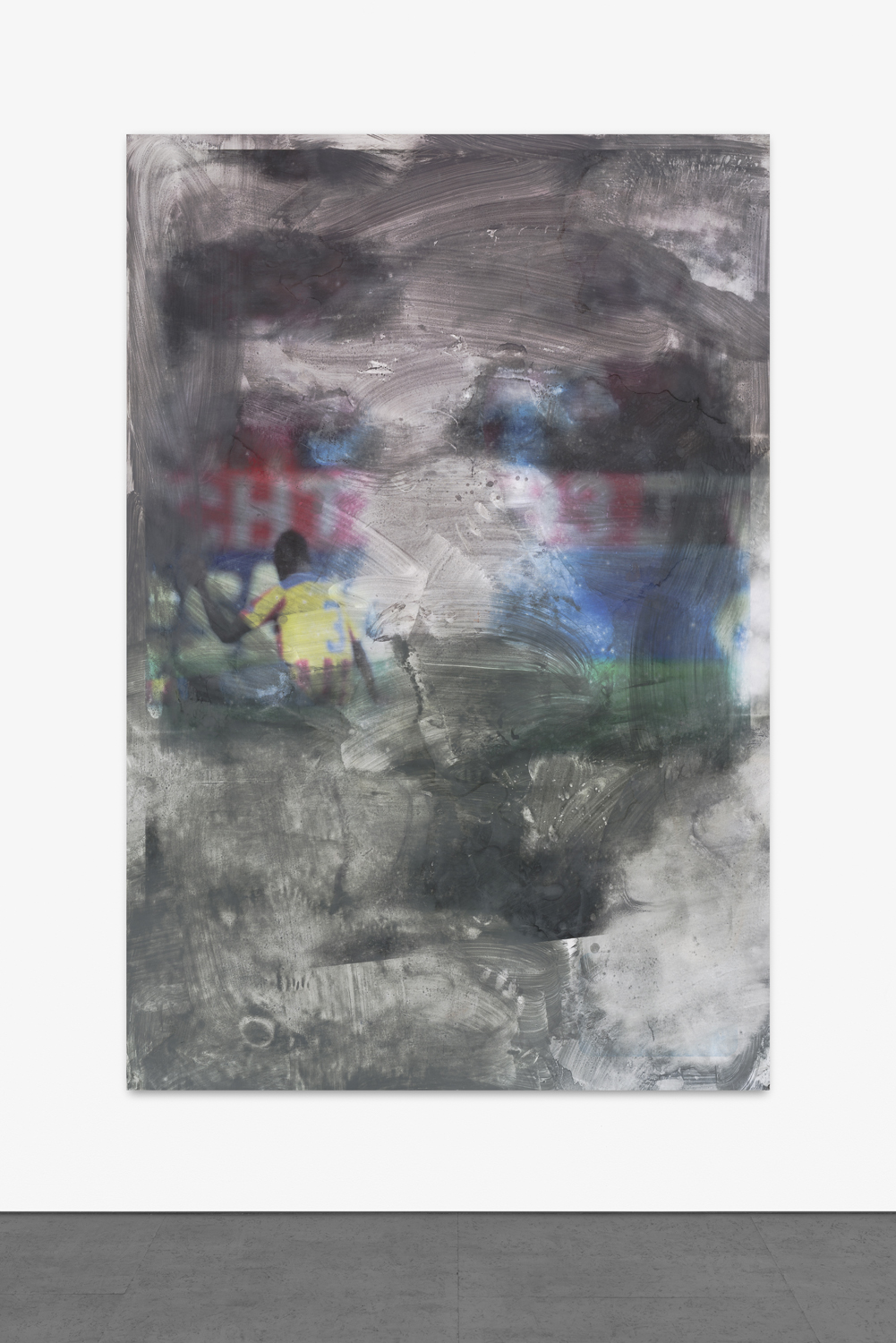 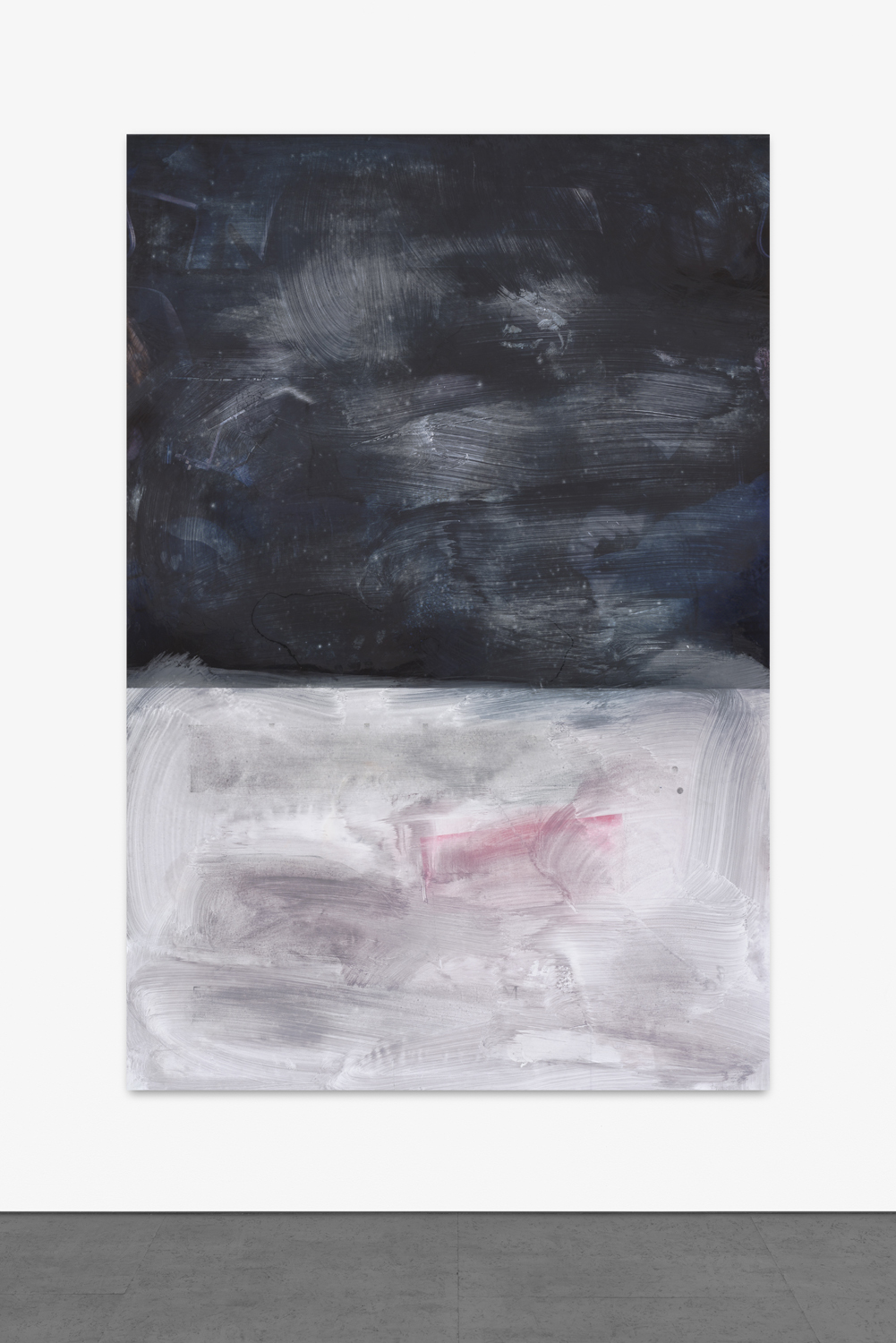 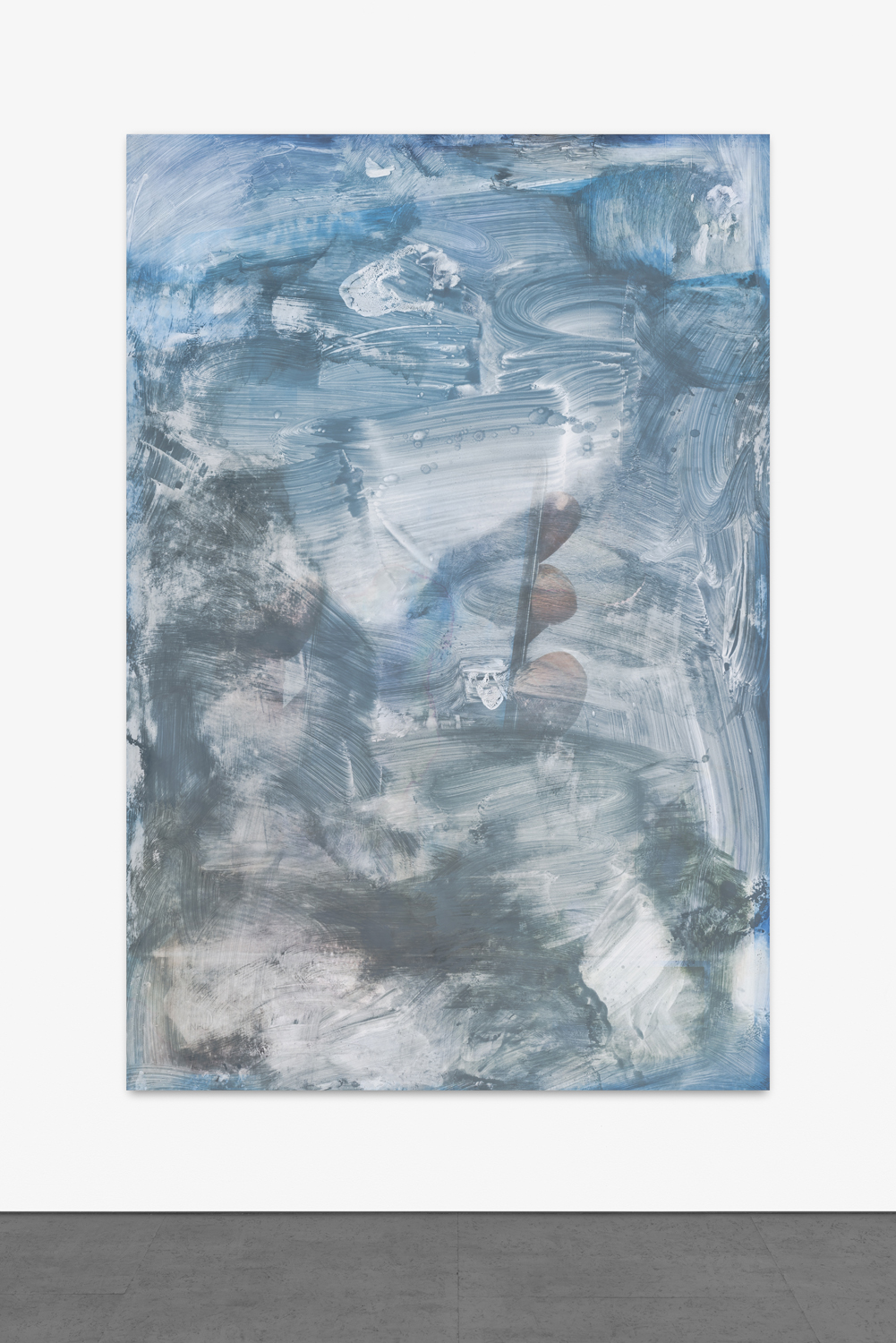 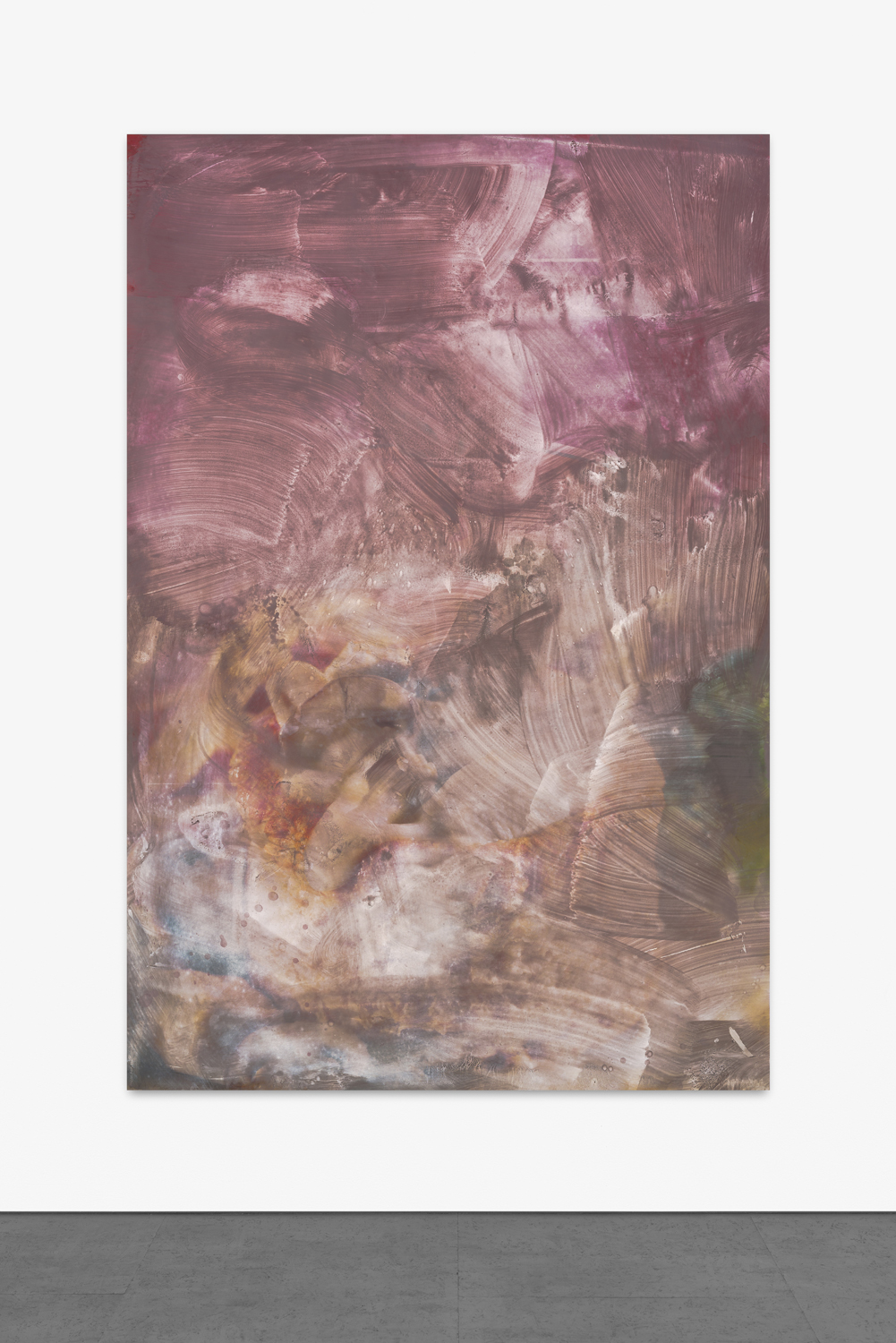 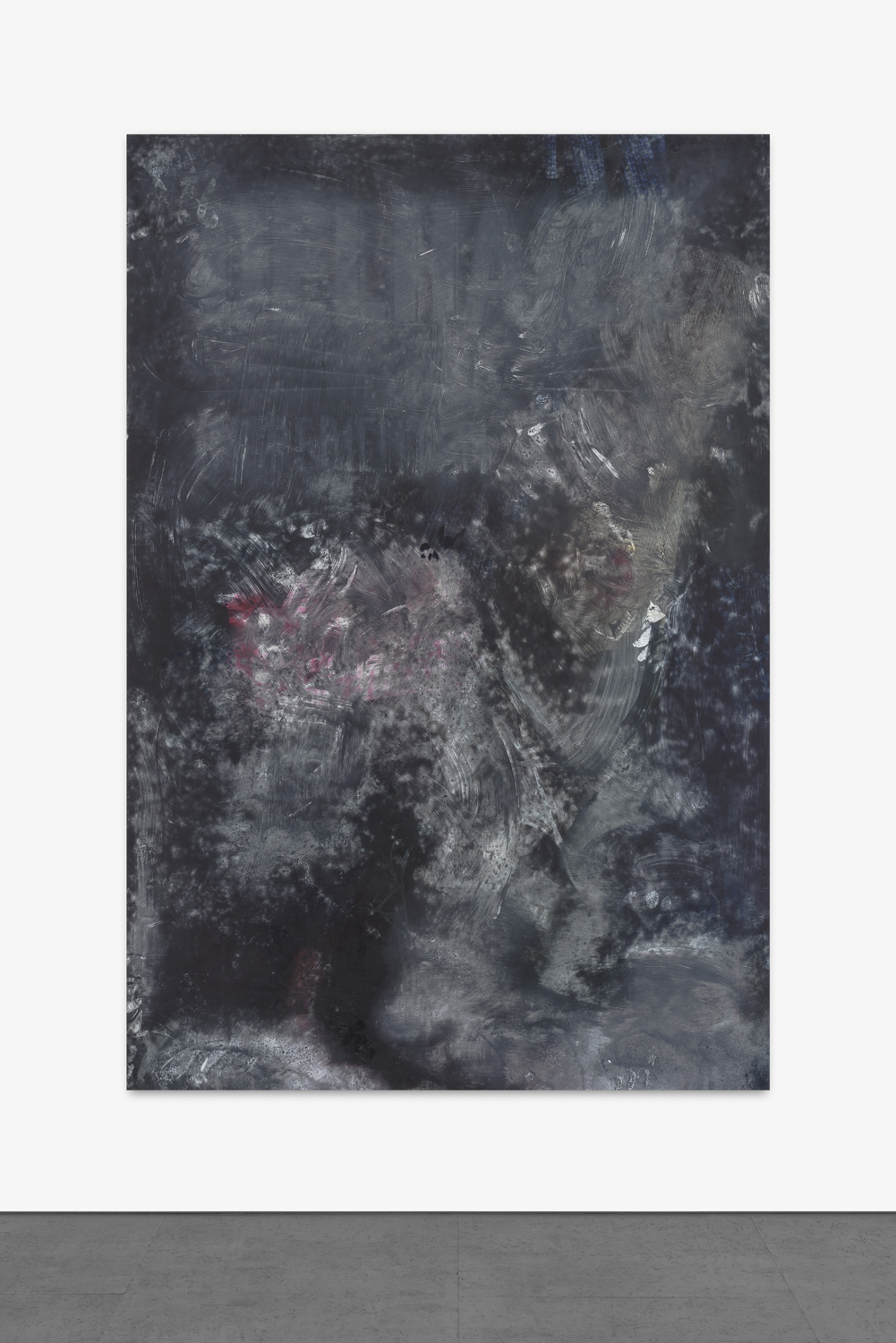 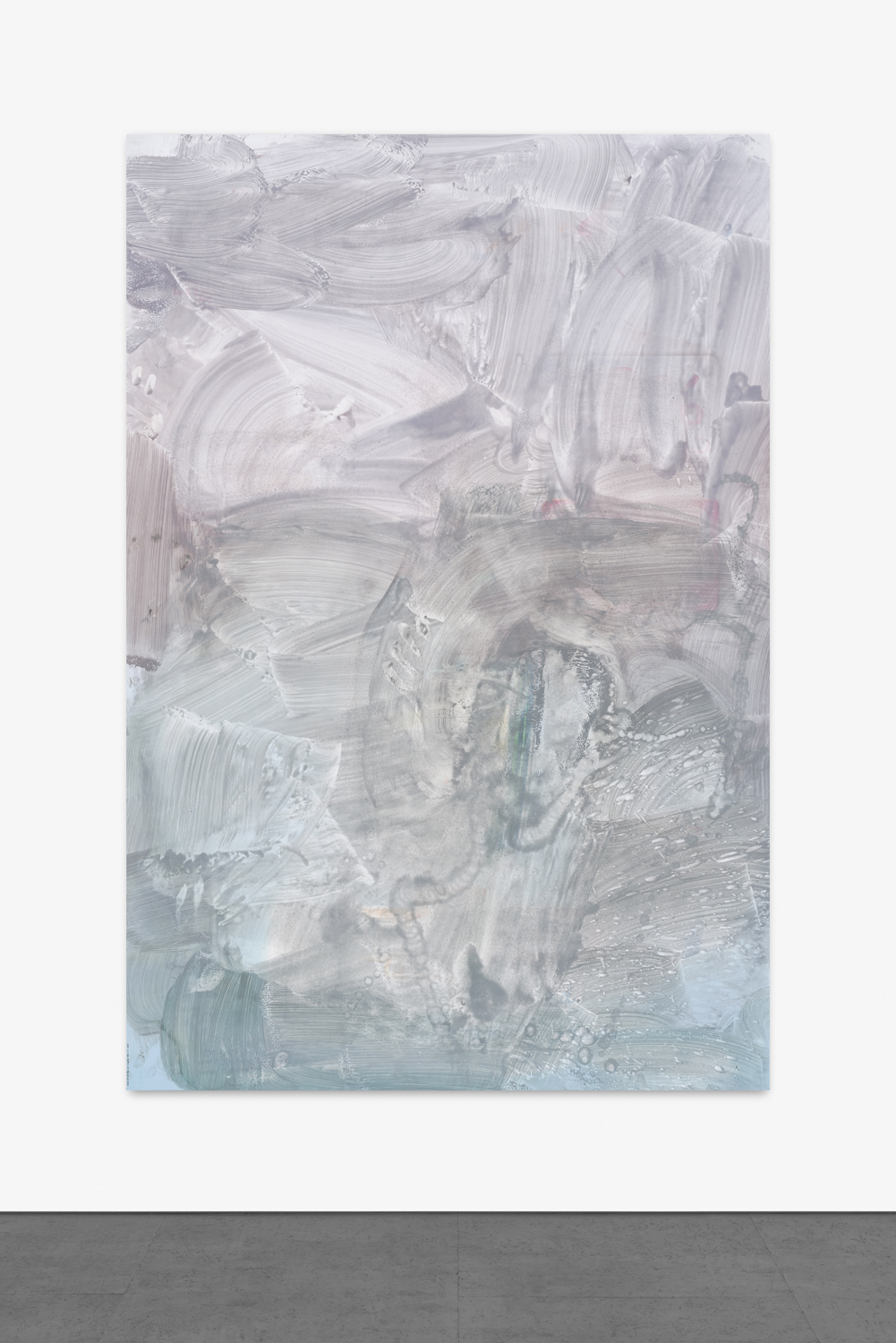 INFO
DUVE Berlin is proud to present *LARSEN*, an exhibition bringing together paintings by Lucas Jardin and sculptures by Jean-Sébastien Grégoire. The exhibition’s title refers to the Larsen Effect, a technical interference commonly known as audio feedback, which occurs when a sound loop exists between an audio input and an audio output. Applying the same concept to the realm of images, Jardin and Grégoire create works which oscillate between construction and destruction, erasure and renewal. LARSEN⁺ marks both Jardin and Grégoire’s first exhibition in Germany.

Lucas Jardin’s visual language originates in the streets. Using large-scale billboard posters as his primary material, the artist has developed a technique in which he applies solvents onto the ink-jet prints, removing layers of pigment and rubbing away the surface until the original images are rendered unrecognizable. Previously tending more towards abstraction, the works presented in *LARSEN* mark a departure from previous experiments through their incorporation of figurative elements. The blurred surfaces of Jardin’s billboard posters reveal loosely connected shapes, words and objects - visual conundrums waiting to be deciphered, creating new fictions of their own.

Deeply entrenched in nature and saturated with the brute force and energy of the natural world, Jean-Sébastien Grégoire’s work conveys a sense of innovation and regeneration. His sculptures appear raw and organic, and are often monumental in scale and in subject - Le Débarquement, shown at the Arsenal in his native city of Montreal, commemorated the events and lives lost in D-Day. For *LARSEN*, Grégoire continues his investigation into the power of the elemental and the natural, literalising the energy of his frantic search through an exploration of sculptural materiality.

Lucas Jardin was born in 1990 in Roubaix, France, and lives and works in Brussels. He graduated from La Cambre ENSAV in Brussels in 2014, before completing the RH residency in New York. Recent and current exhibitions include: ‘Sweating Like A Whore In Church’ at Galerie Jeanroch Dard, Paris (duo exhibition with Sébastien Bonin, 2015); ‘Fade In‘ at RH Contemporary, NY (solo, 2014); ‘In Vitro‘, Trademart, Brussels (2014); ‘Transferts’, Project(ion) Room, Brussels (2013); ‘Idem’, Centre Culturel La Providence, Nice (2012); GMT+7 Gallery, Brussels (2010).