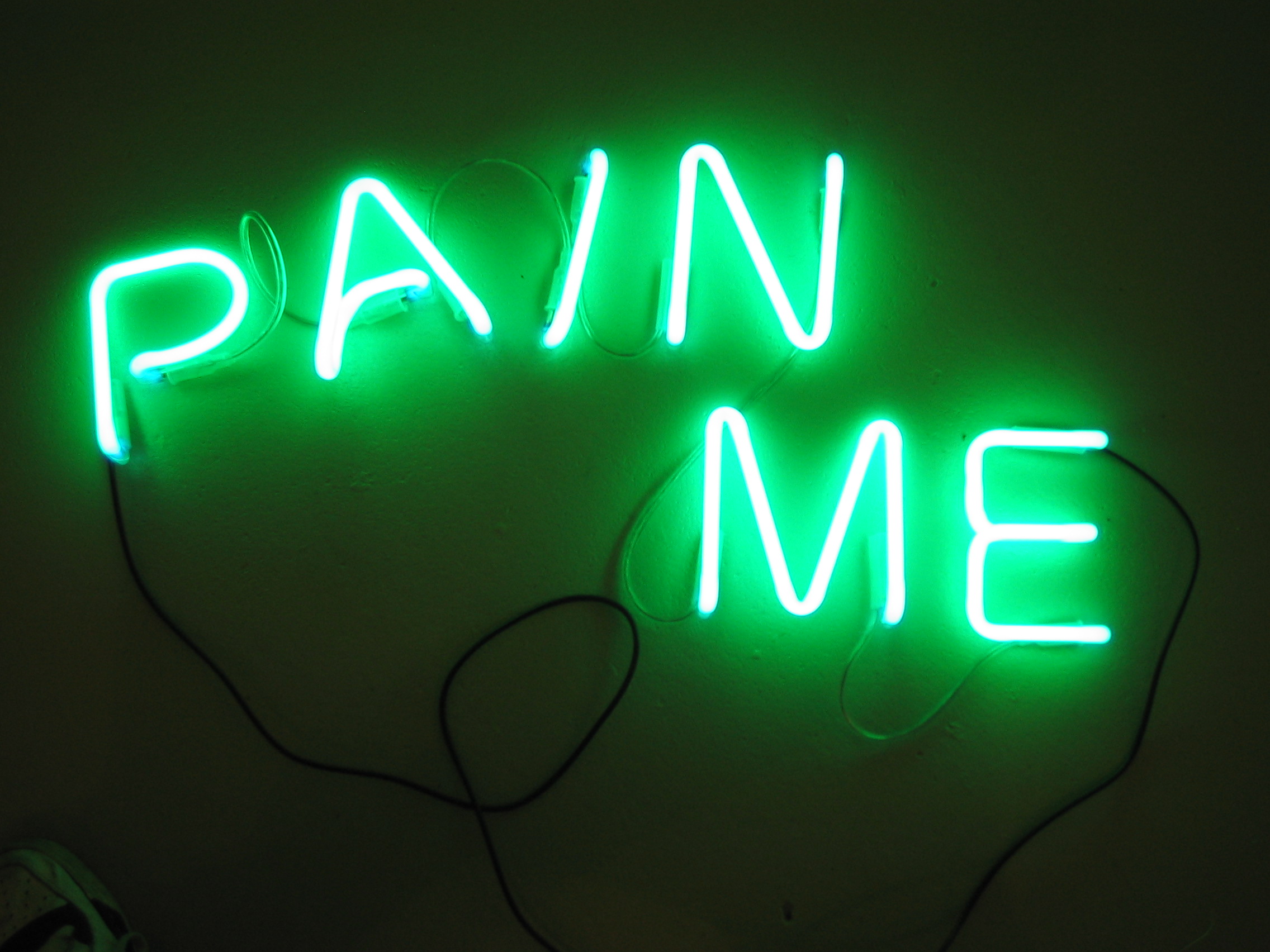 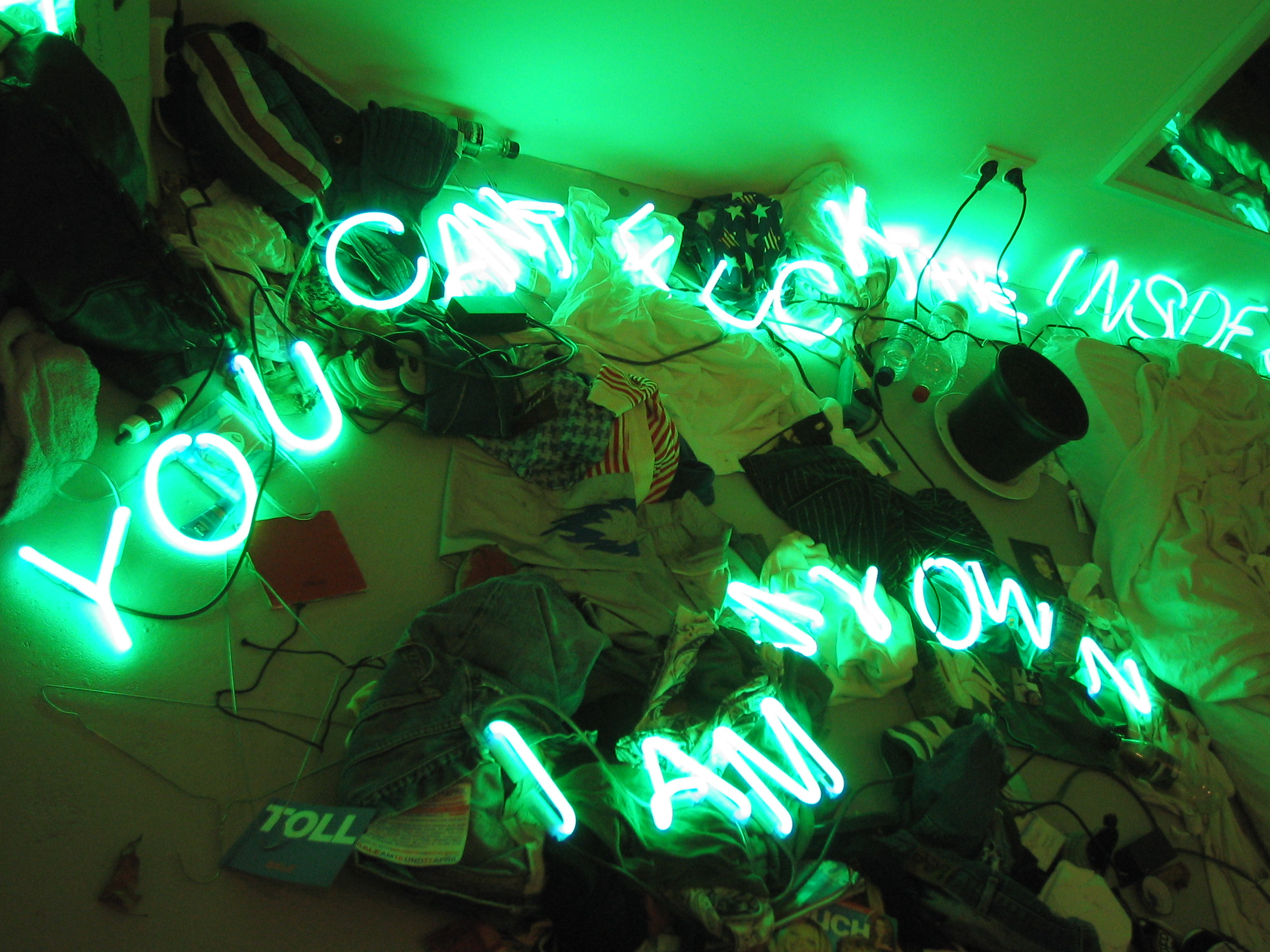 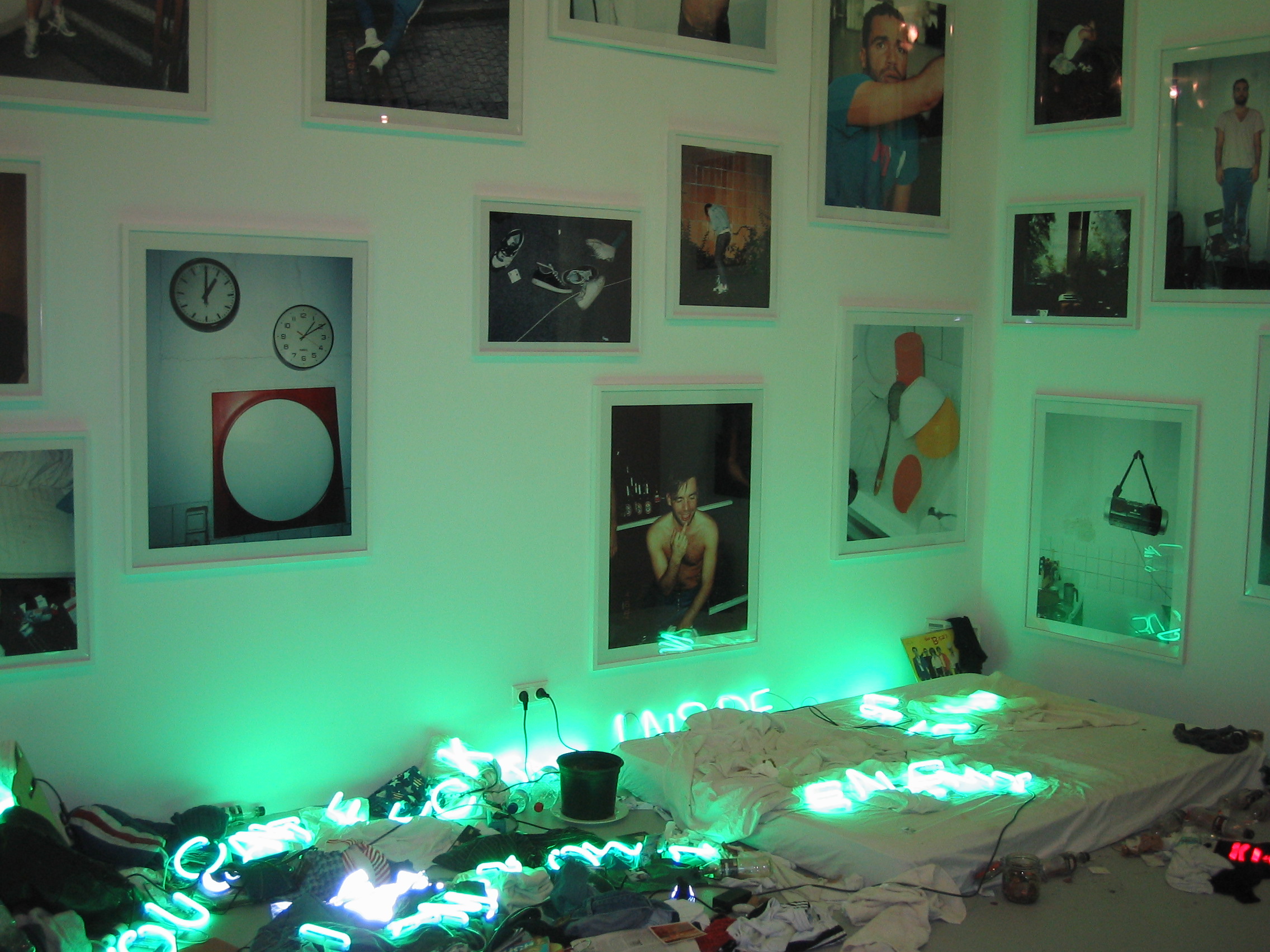 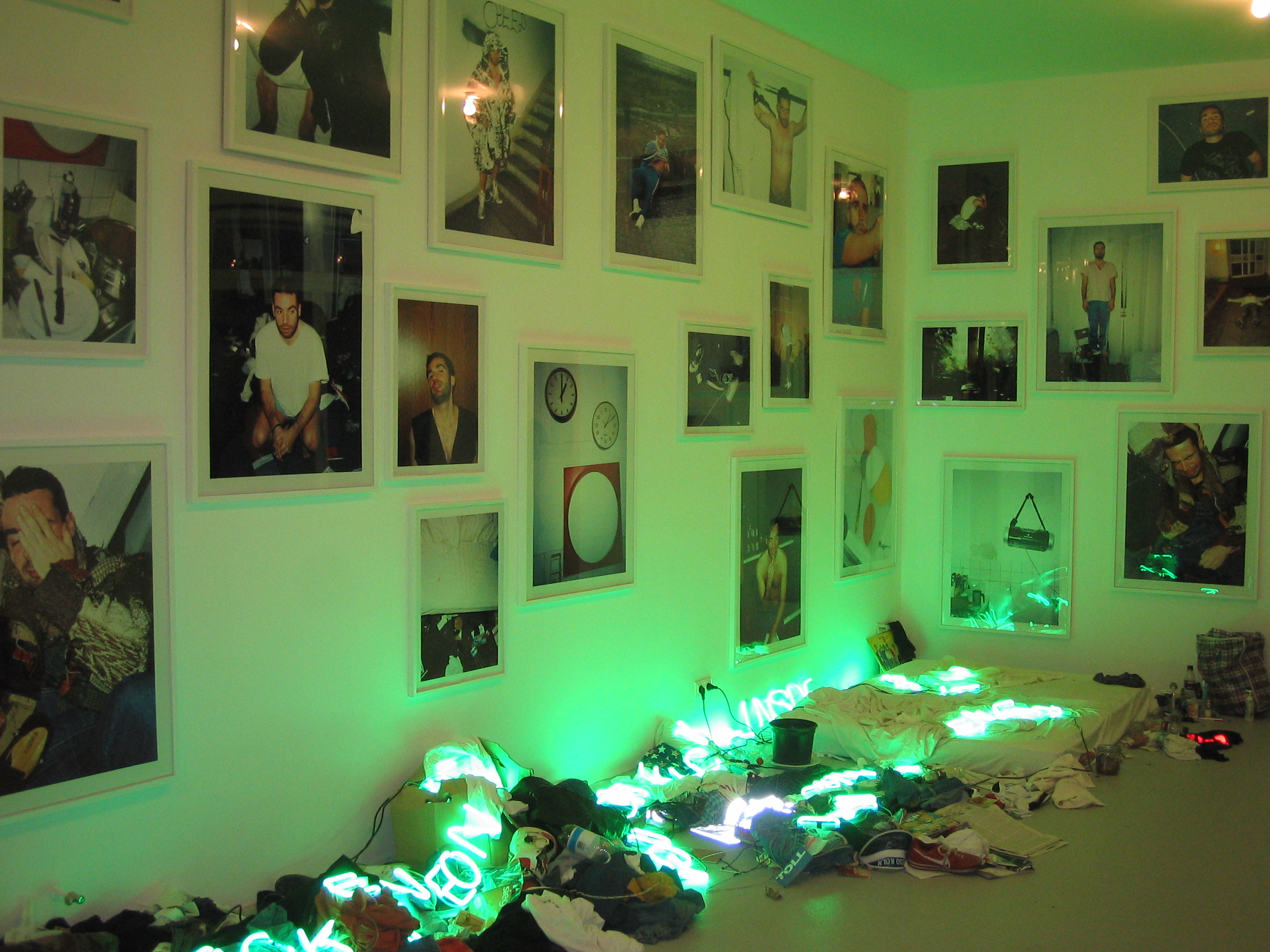 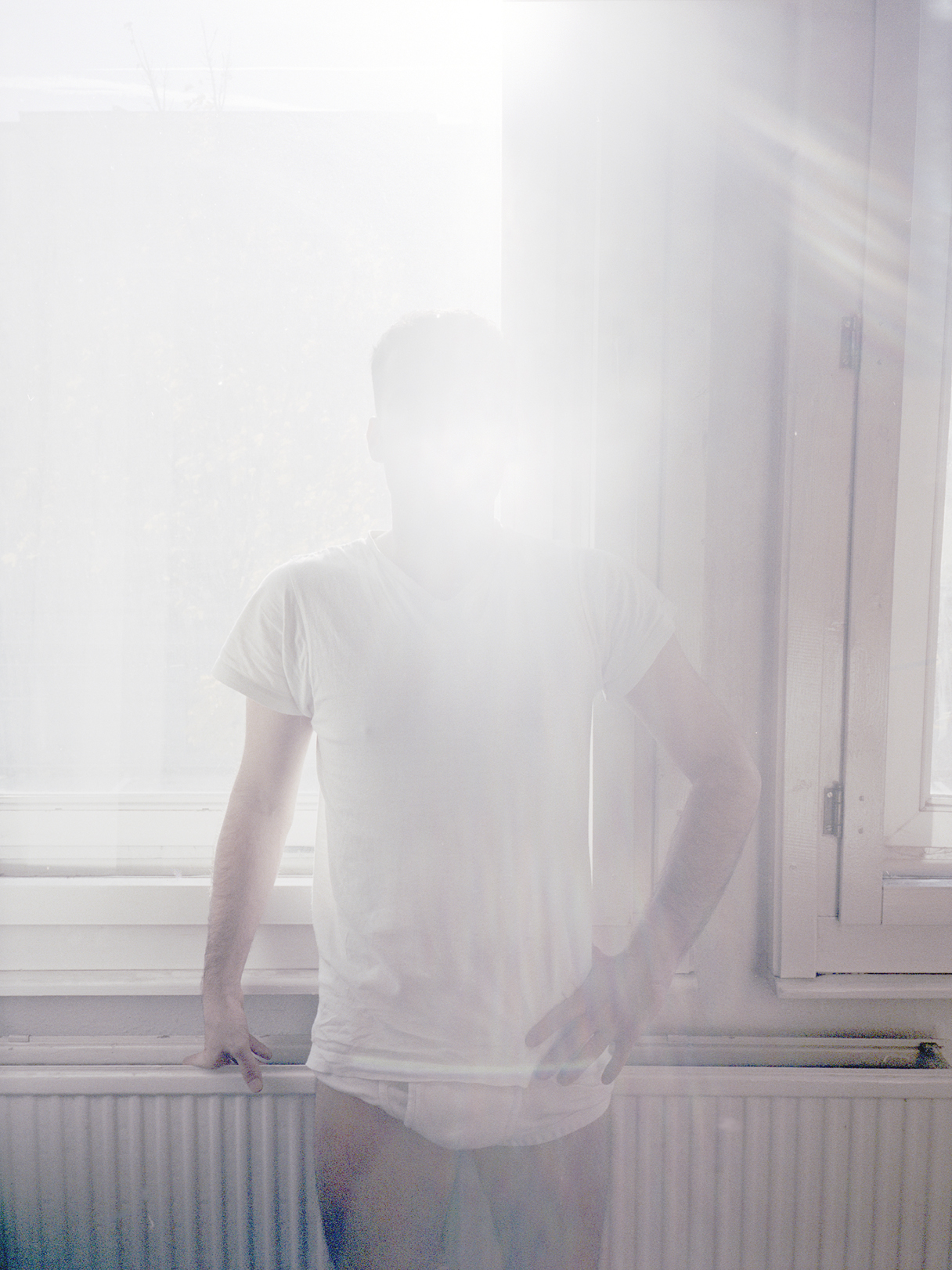 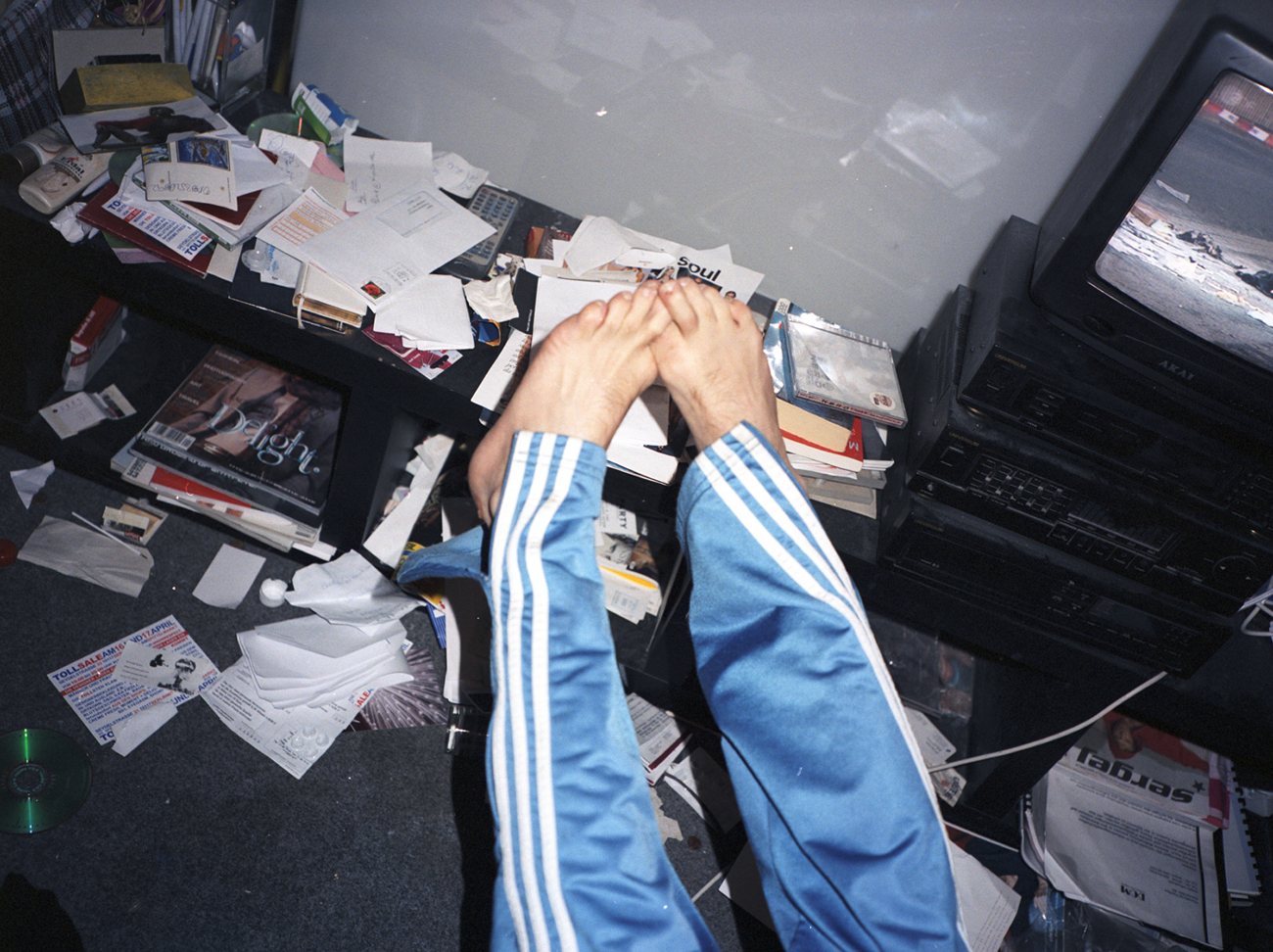 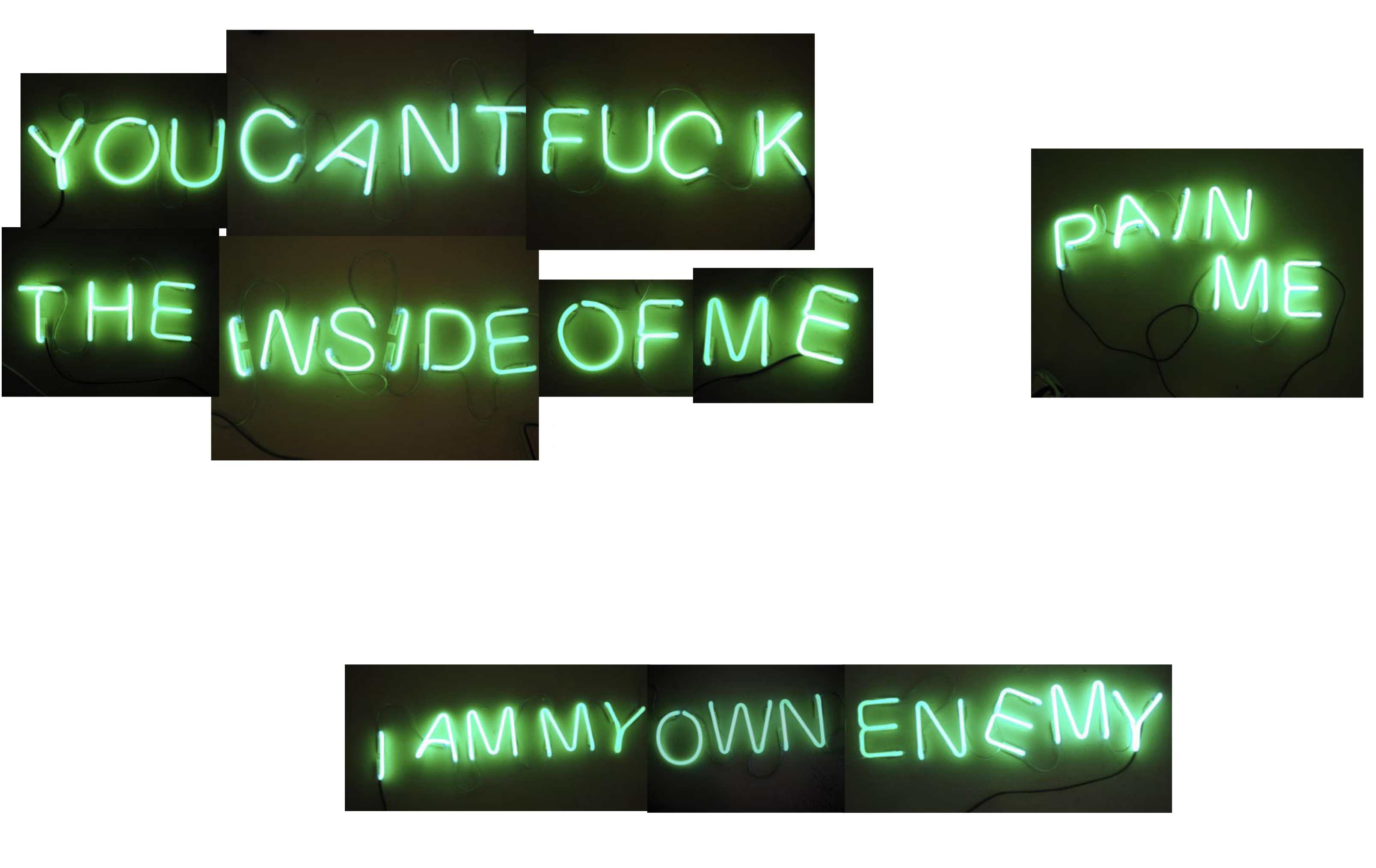 INFO
Ali Kepenek born in Sivas, Turkey in 1968, lives and works in London and Berlin.
The exhibition *ALI KEPNEKEK: THEO – LEIPZIGERSTR – BERLIN* at duvekleemann gallery in Berlin is Kepenek’s first solo show after various participations in museum exhibitions such as „Fisherspooner“ at KW Kunstwerke Berlin, „Urbane Realitaeten“ at the Martin Gropius Bau, „Signs&Surfaces“ in the Kuenstlerhaus Bethanien Berlin and last but not least „Constructing New Berlin“ at the Phoenix Museum of Art und BASS Miami, USA.
Kepenek who is investigating the aesthetics and ethics of street culture, and amazingly finds ways of getting fully accepted in those often very discriminating contexts, has already made a name for himself in Europe in the discourse of public and private representation of subcultures.
At the centre of his works one finds topics of love, damage, lonesomeness and self-dramatization that mostly emerge through the portrait of individuals that have consciously aligned themselves within distinctive minority groups.
This chosen theme reappears as a kind of leitmotive throughout Kepenek’s works. Examples of this can be found in earlier projects, for example, his snapshots of tattooed people, his portraits of transsexuals in Istanbul, or his Hells-Angels series
Ali Kepenek selected various scenes from his photo series that developed over the years from his deep friendship with Theo in order to introduce this person to us in the form of an installation. Kepenek integrates certain parts of Theo’s life into his installation in order to produce a life-like portrait of him. He manages this by using specific elements drawn out of Theo’s environment: objects, dramaturgy and words he uses in his daily life.
For Ali Kepenek, Theo stands as an allegory for Berlin, and its inimitable party life. Theo also conjures up, in Kepenek’s world, ideas of self-portrayal and personal failure, as well as freedom and loneliness.
Therefore, especially in the quiet photo shots one can get a vague idea of the downside aspects of the sapping life in the Berlin club-scene, a phenomenon that can only be approached through the distanciation process that Kepenek provides us with, via his camera lens.
The life of Kepenek’s model and friend, precarious, and frail (Theo is HIV positive) leads us, through the mediation of Kepenek’s lens, to identify with him, by forcing us to turn on ourselves and confront us in those quiet, and powerful moments when, feeling lost, we are in search of any possible new directives.
The way Kepenek approaches his motif, is made alive through the simplicity and distinctiveness of the captured moment and especially through the mix up of every day life and staging. His personal relation to his model, Theo, offers a strong contrast to the neutral view from the outside that only indirectly captures Theo by the documentation of his flat.
Despite the fact that open references to the history of contemporary art are not consciously exploited by Kepenek, his powerful imagery can readily evoke the combined 'Lebenswelten' of such diverse artists as Gonzales-Torres (Perfect Lovers), Nan Goldin (her vivid exploration of sex and drug cultures), and Dieter Roth (and his monumental project to construct a visual diary of his path to death).
None the less, these references say little about Kepenek’s simple insistence on developing an intimate and unique portray of an individual, a close friend of his, who, through the artist’s gentle and moving touch, becomes almost part of our own existence.
...YOU CAN`T FUCKTHE INSIDE OF ME. I CAN DO IT. I AM MY OWN ENEMY. I AM BURNING. I HAVE ACOCK IN MY HAND-EVERYTHING IS BLACK. SIT, WANK AT THE TABLE. U ARE A BADFUCK. LET ME GO. I HOLD U. ICH LIEBE MICH NICHT. DENN ICH LIEBE DICH NICHT. I HURT MYSELF. CAN`T GET ENOUGH PAIN. I AM WEARING DIOR BUT I LOVE SLINGES-WHITEASSPAINBOY. OVER MY BODY AND MY FACE. I HATE MY MEMORIES. DAN`T HANDLE MY MEMORIES. DON`T MEMORIZE ME. CAN I FINISH. E. G. COKE. SPEED. CRACK. SEX. SLING. WATERSPORT. HURT ME MORE THAN I HURT ME. CAN`T GET ENOUGH PAIN. FUCKME HARDER. IT DO NOT HURT ENOUGHT. I MISS U. STAY WITH ME. LIVE ME UP. ICH HAB ANGST.ICH VERLIERE MICH. VERLETZ MICH. SWAT ALL-LIEBE. L . TERROR MICH. SEX ME. GREATFUCK. MIRROR ME. TAKE A LINE. MORE THAN I CAN ASK FOR. I WILL. NEXT LIFE. PROTOTYP VON WAHNSINN. TELL ME. SCHLAG MICH. STILLE. DIE SCHOENHEIT DES LEIDENS. DIE SCHOENHEIT DER KRANKHEIT. VERLIERER. HIV NEG. HIV POS. POSEN. SPRITZ MIR INS GESICHT. UEBERTRAGE MICH. SAG NEIN. BERLIN. WAHRE LIEBE. ICH VERLIER MICH. KINDERSPIELE. VERSAGER. VERLIEREN MACHT NIX. TAKE MORE. WAHRER WAHNSINN. G. COKE. K. MADAME K. SPRITZEN SIE. SOGENANNTE FREUNDE. LEIDEN. NEONSEX. DEEP. CLOSE. ICH WERD VERRUCKT. PAIN ME. PAIN U. WHERE CAN I GET DRUGS. ICH BIN EIN LUEGNER. I AM BURNING. MY LIFE IN K-HOLES. DA WO DU JETZT BIST LASS ICH DICH ALLEIN. TERROR ME. GE ME...
“ALI KEPENEK: THEO – LEIPZIGERSTR – BERLIN“ is the premiere exhibition at duvekleemann gallery, which plans to display existing, unusual, international new artist positions, of direct, or indirect relevance to the Berlin scene. Equally, the gallery plans to offer artists a platform that will facilitate dialogues between all kinds of art forms as well as lectures, performance and other projects. The cross-linking of strong individual artistic positions with other diverse forms of expression, and discourse is, we feel, a distinct component of the Berlin art scene, which we feel committed to foster and encourage.
Ali Kepenek’s works also on display at the Kunsthalle Mannheim in the scope of the series of the “2nd photo festival in Mannheim/Ludwigsburg/Heidelberg” running from September 21st through October 20th 2007.