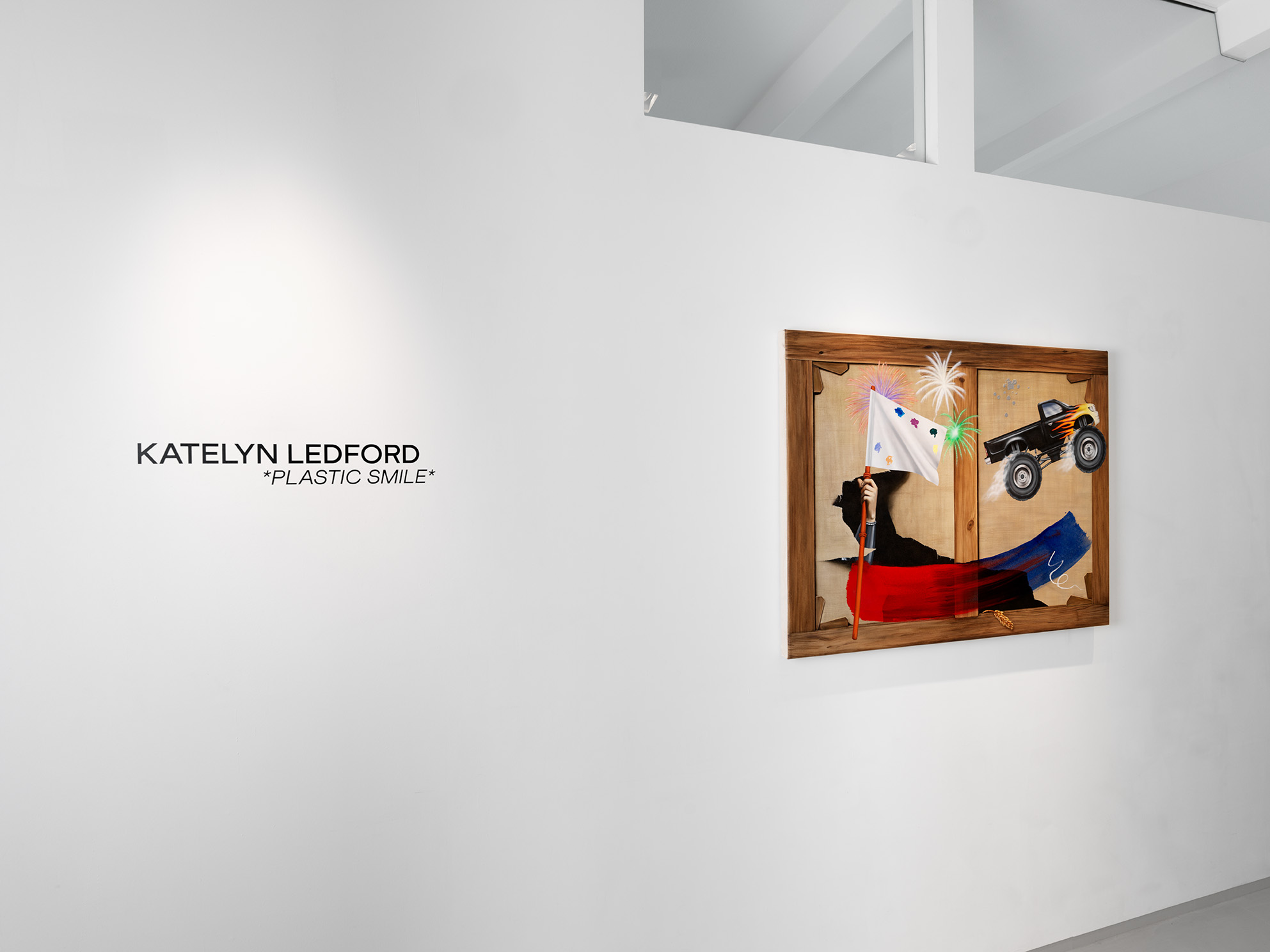 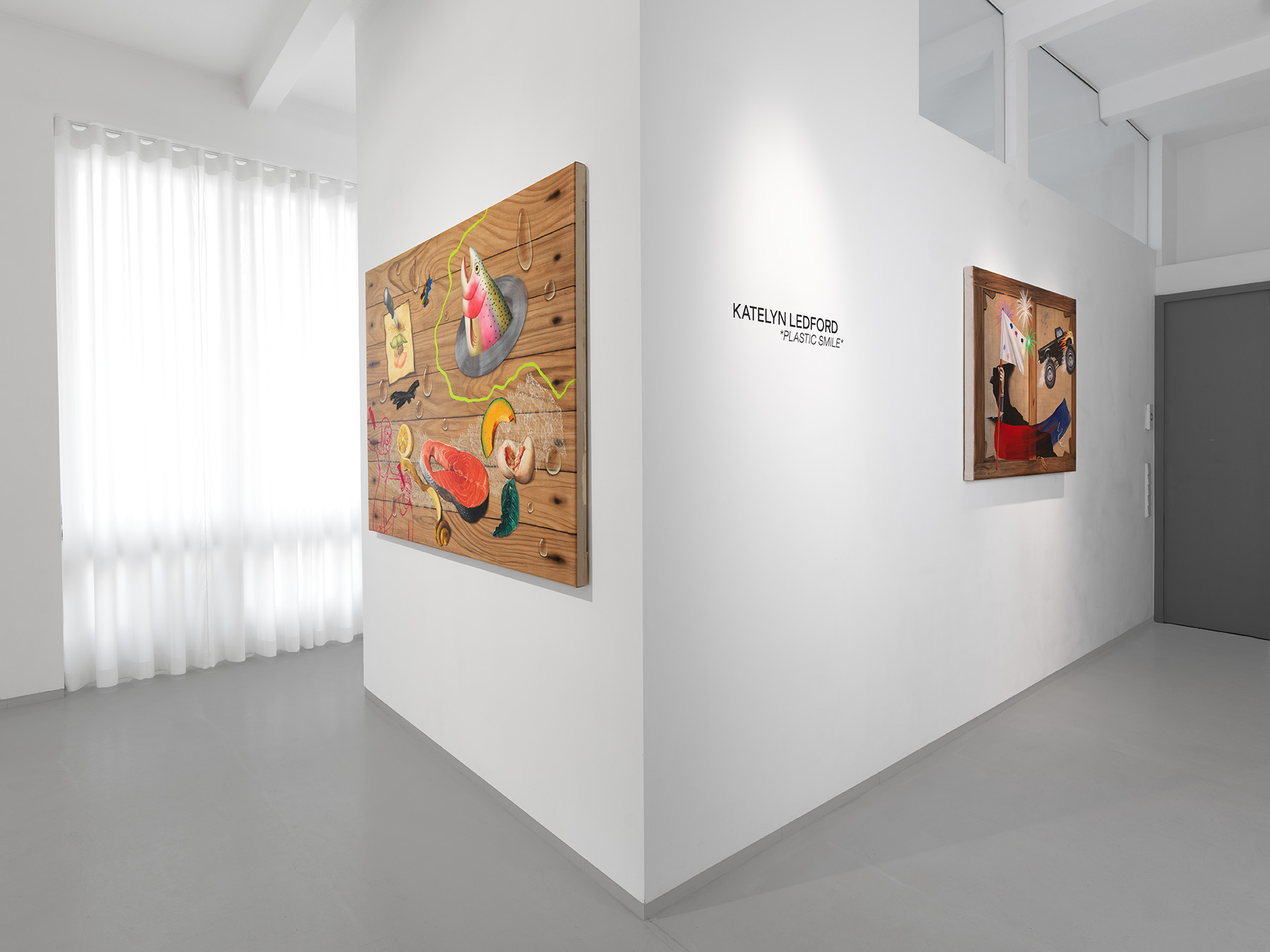 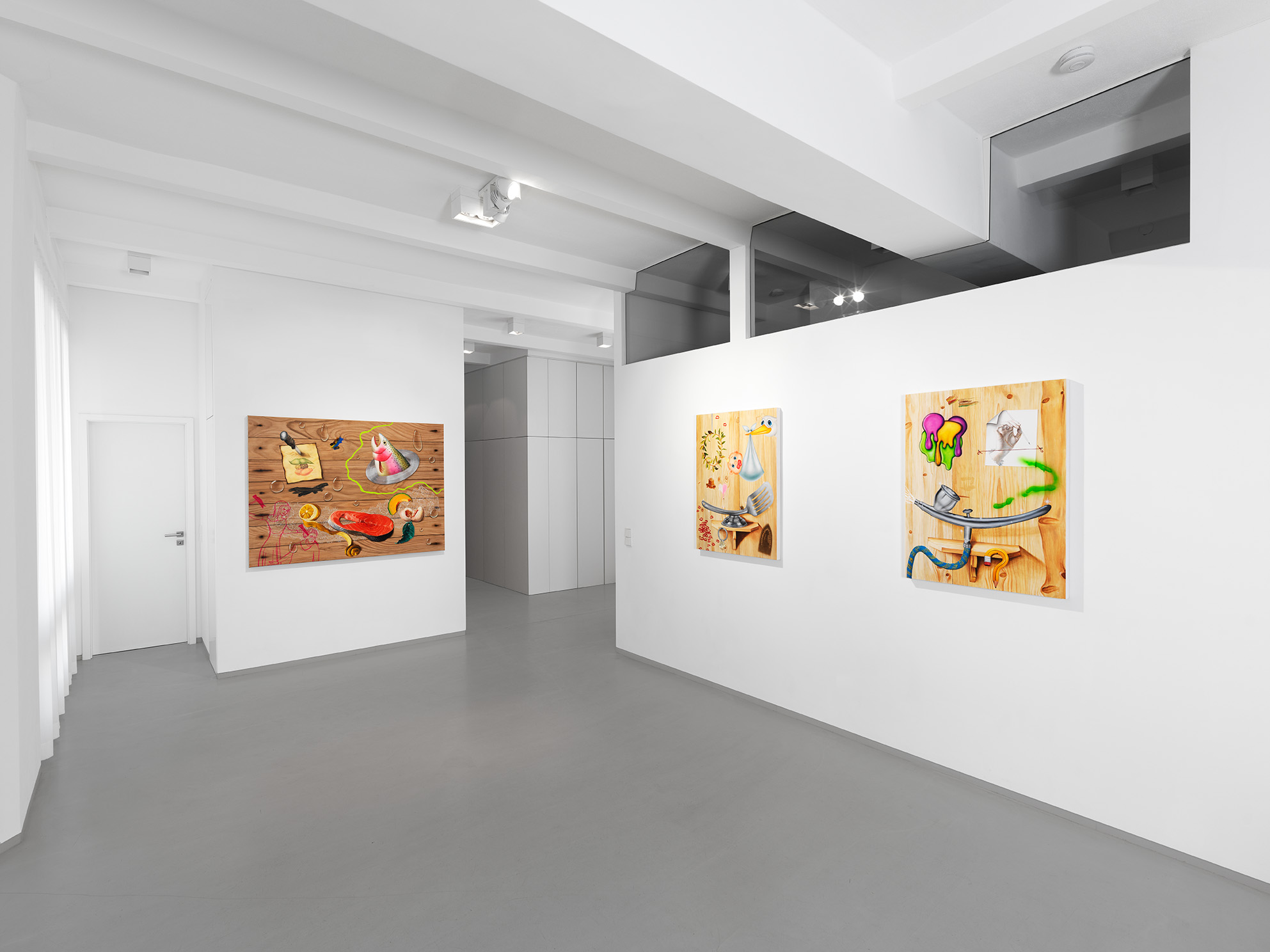 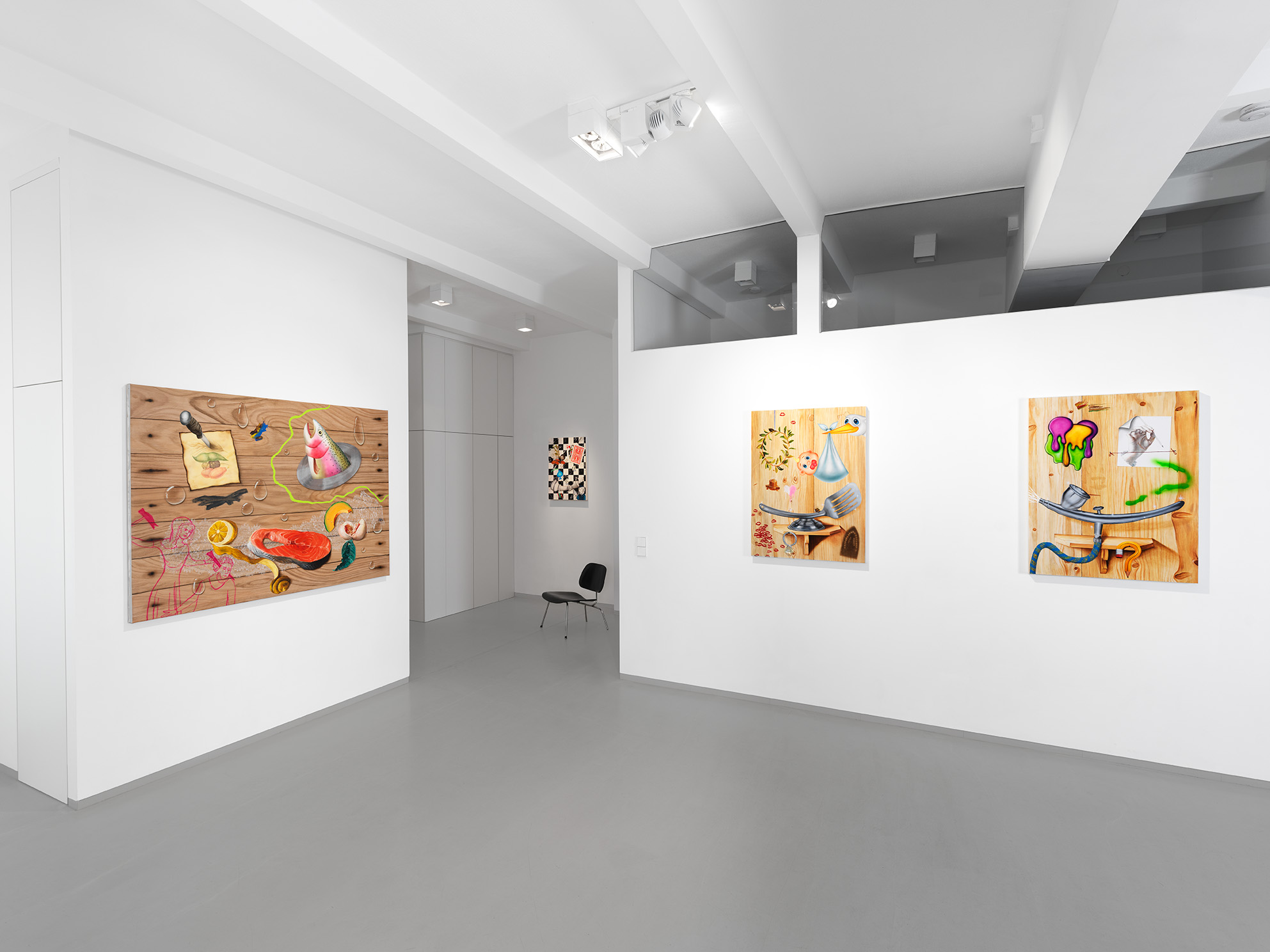 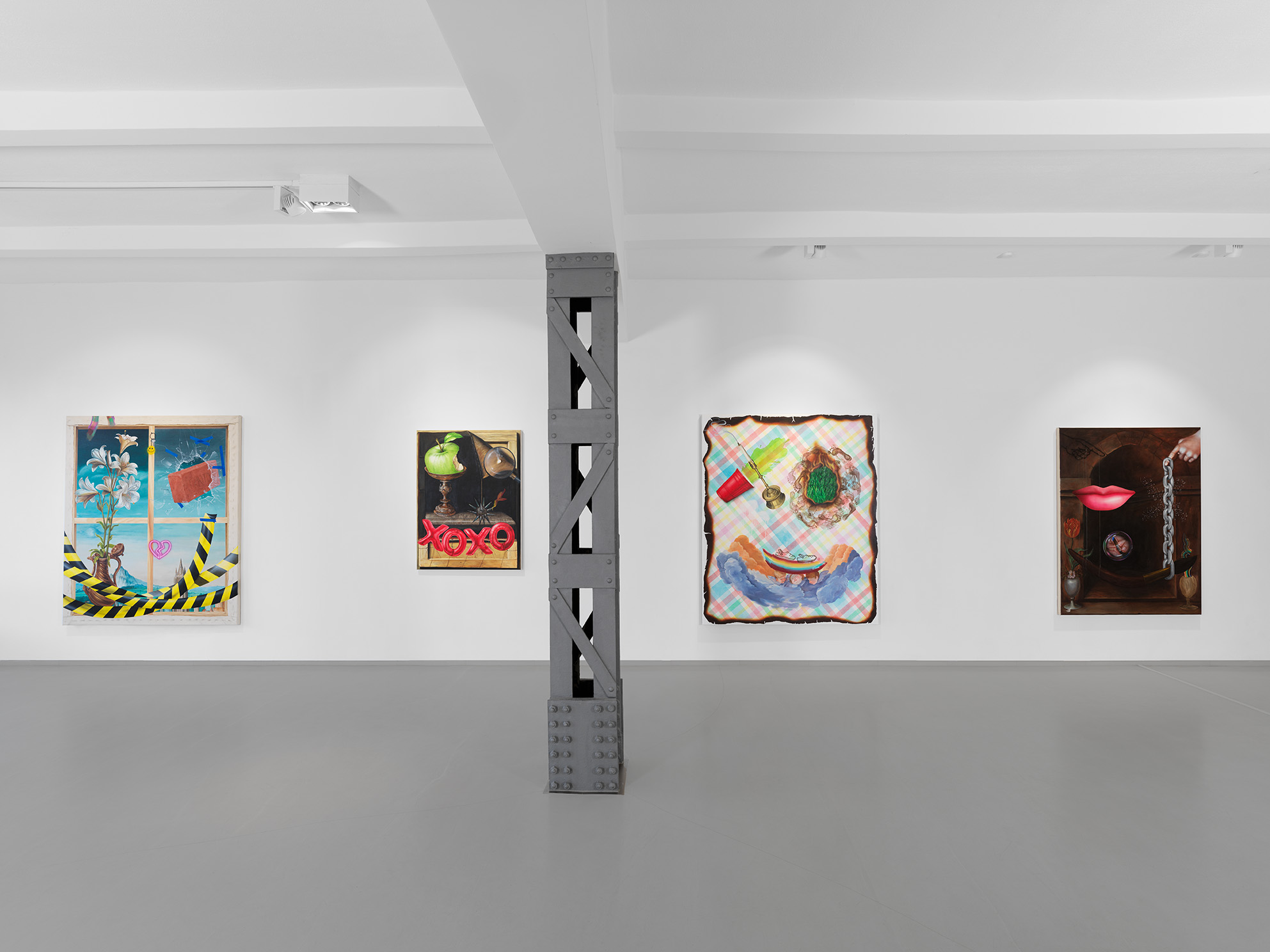 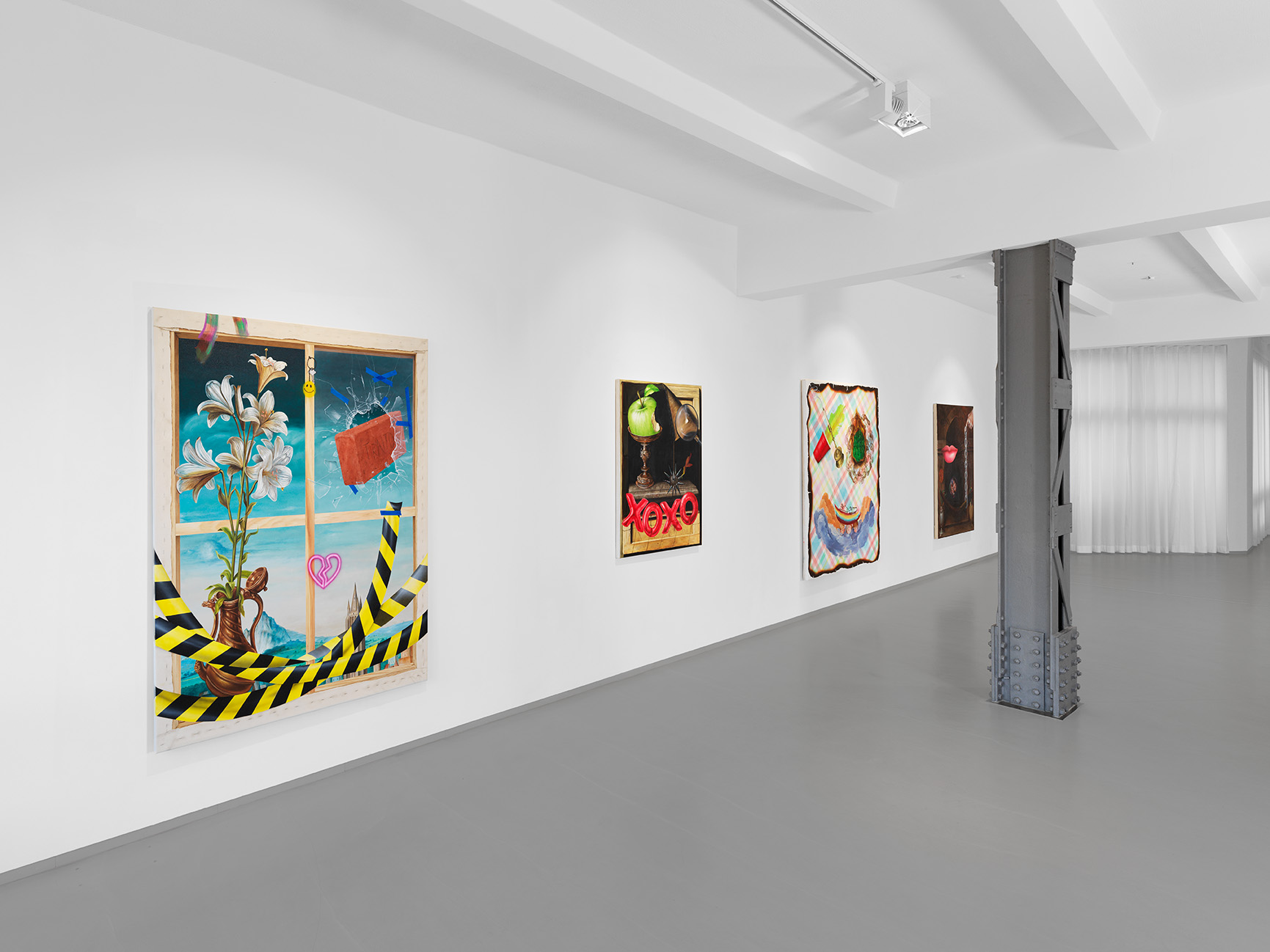 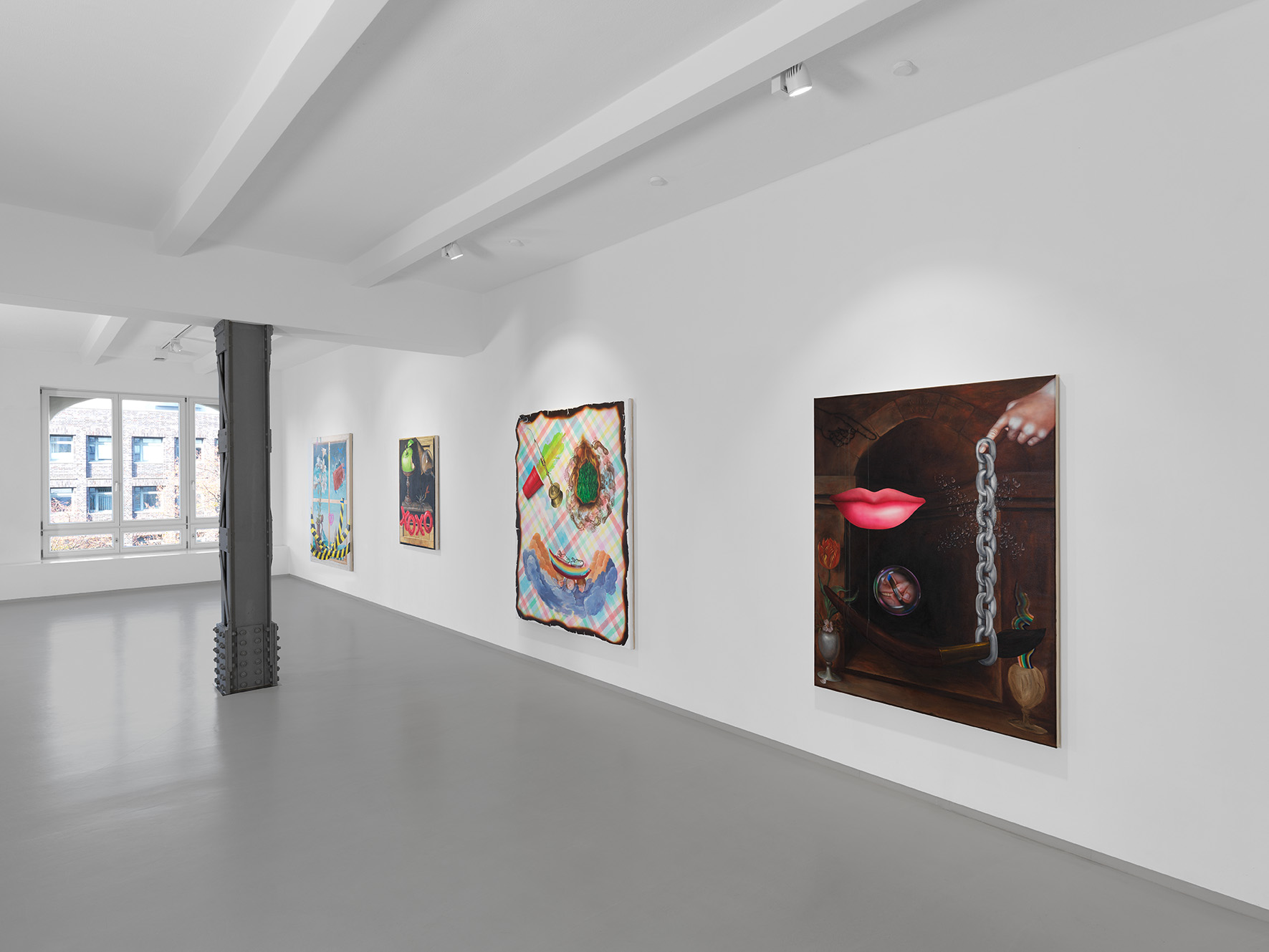 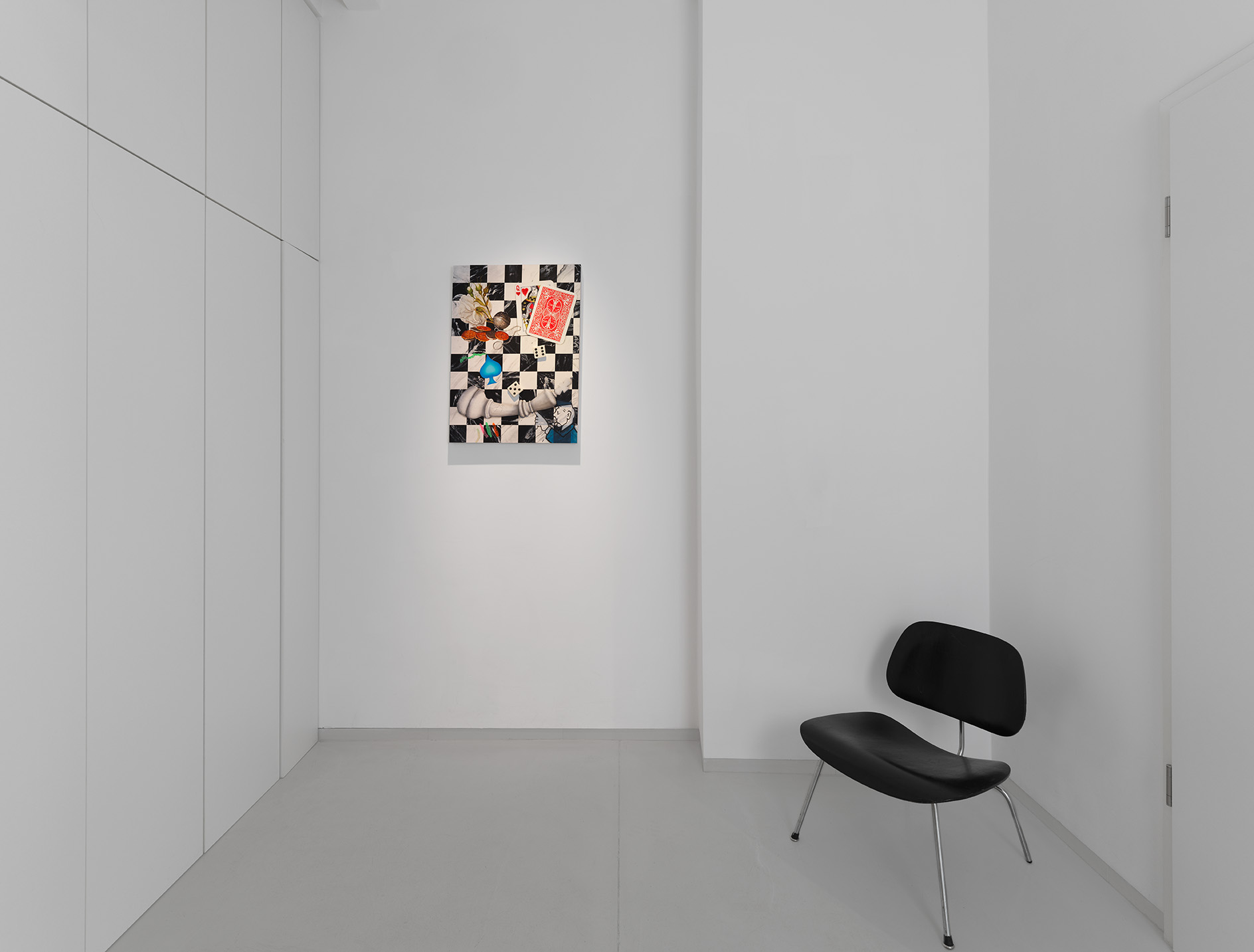 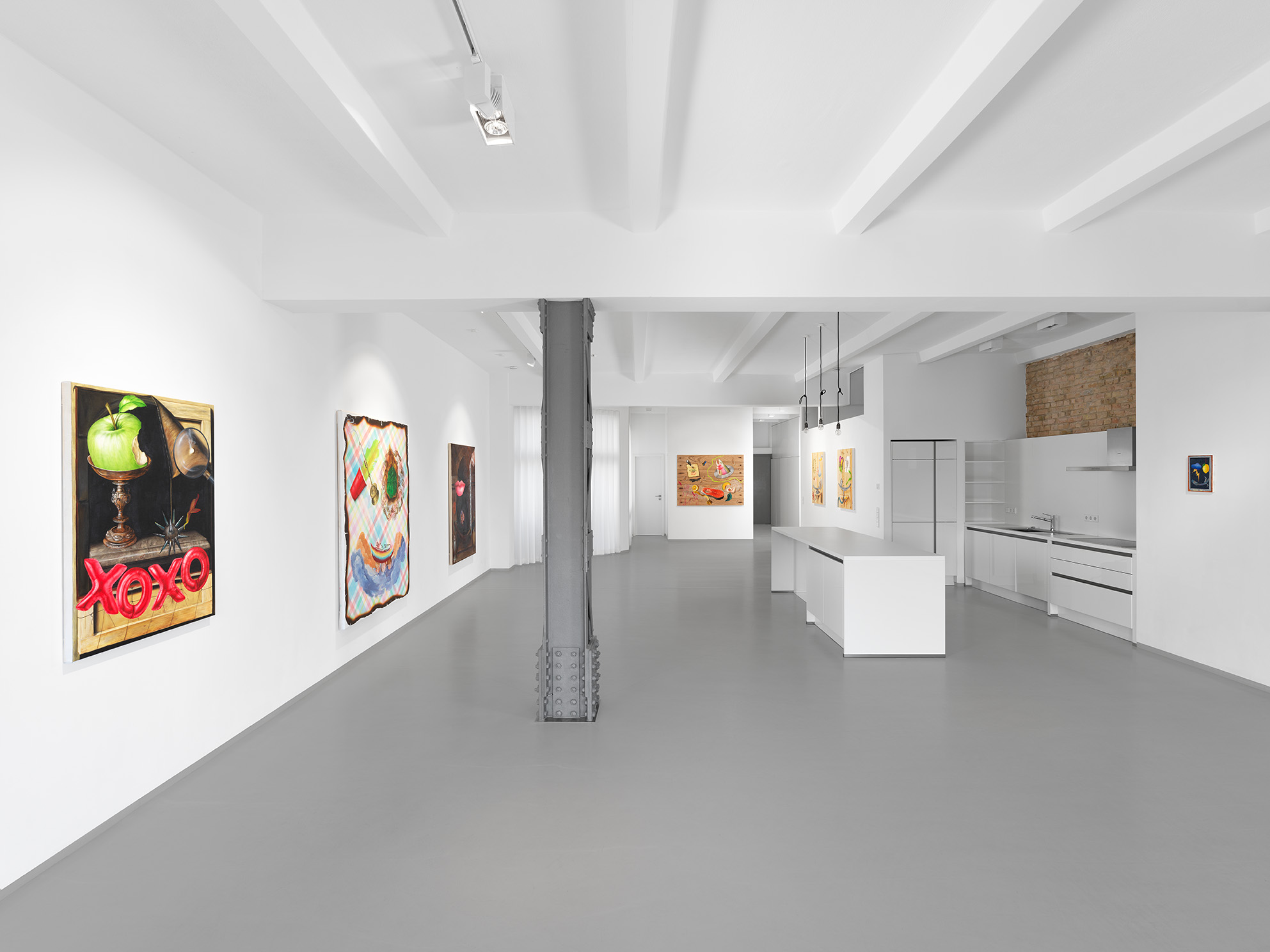 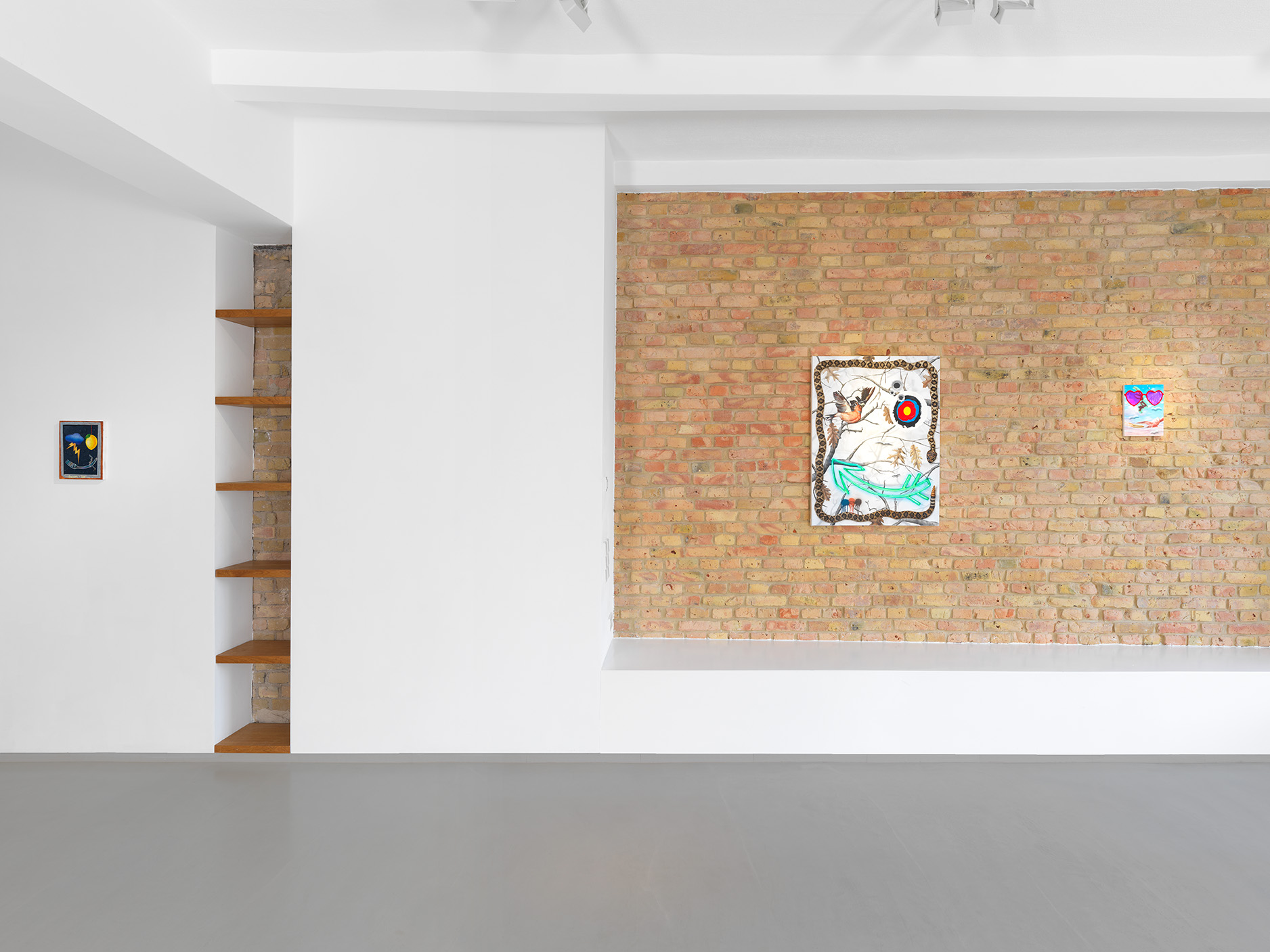 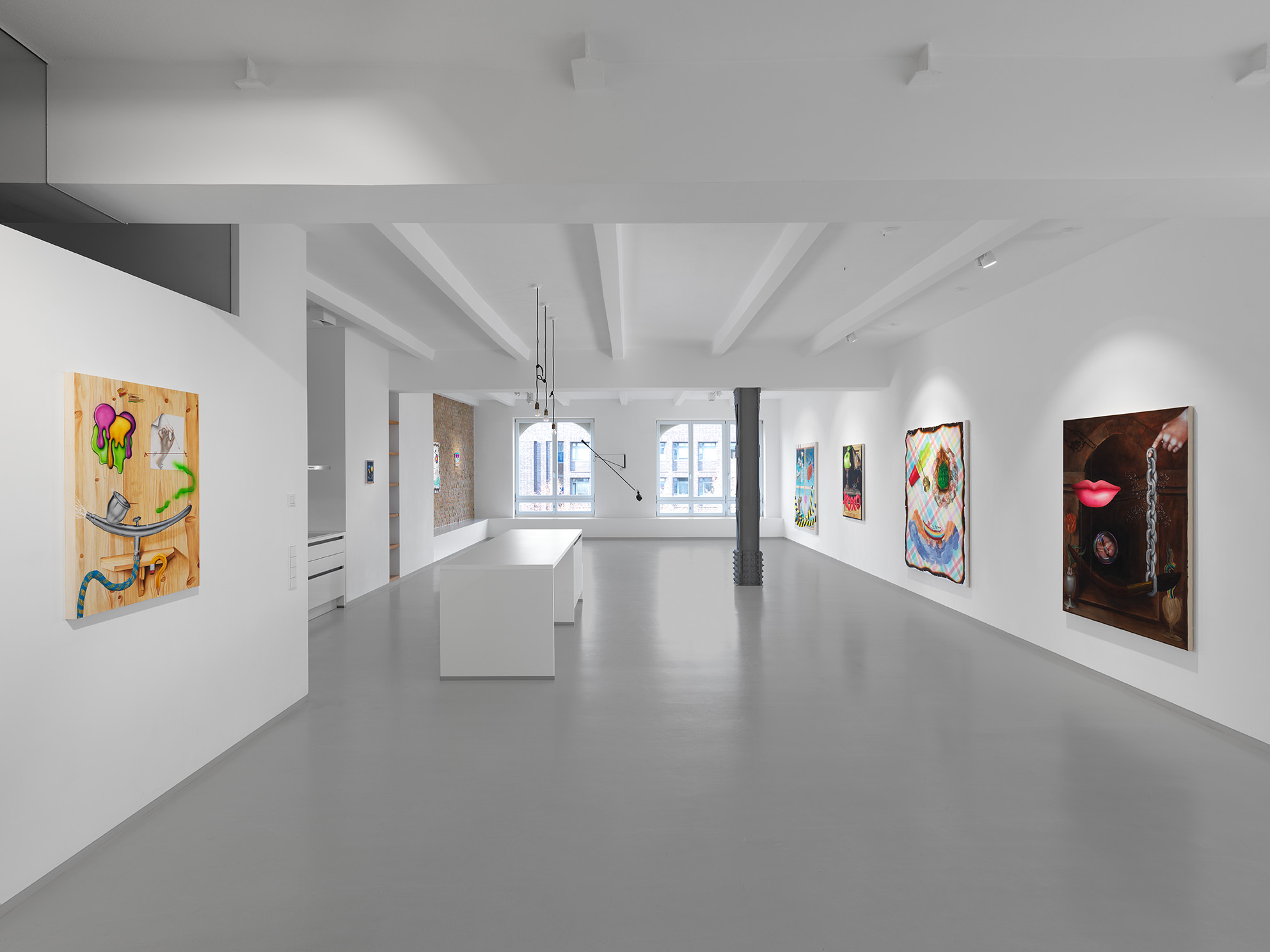 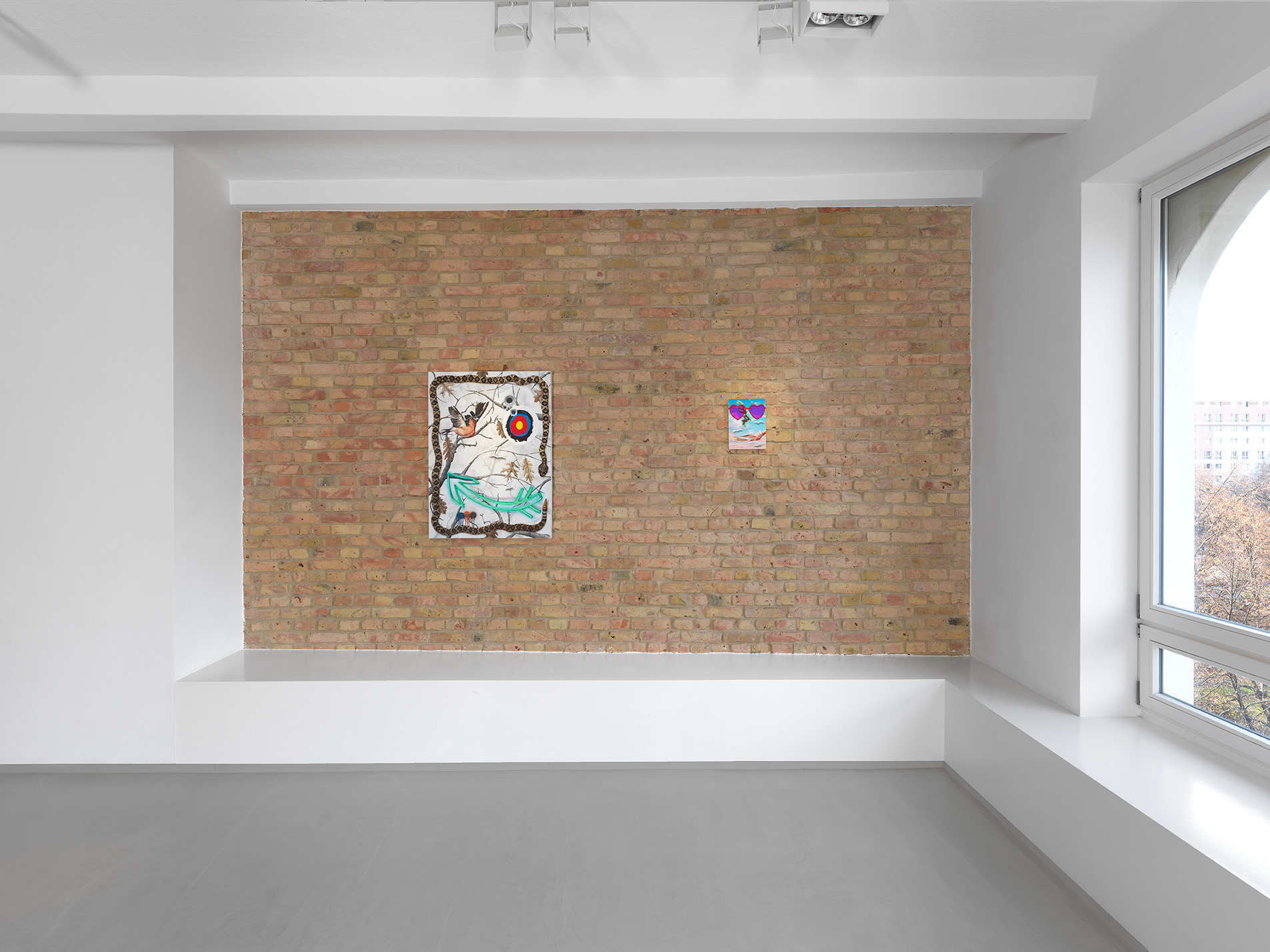 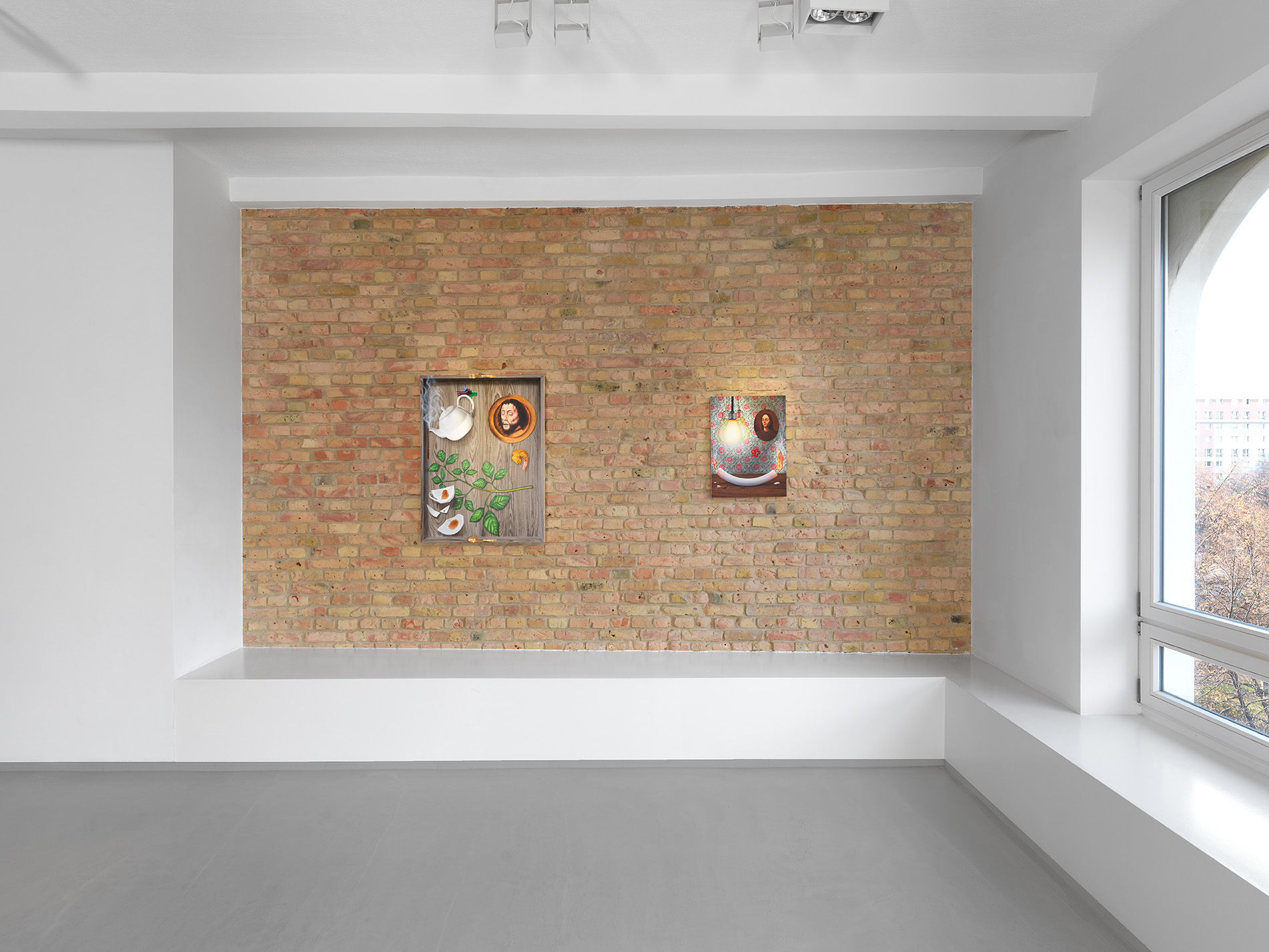 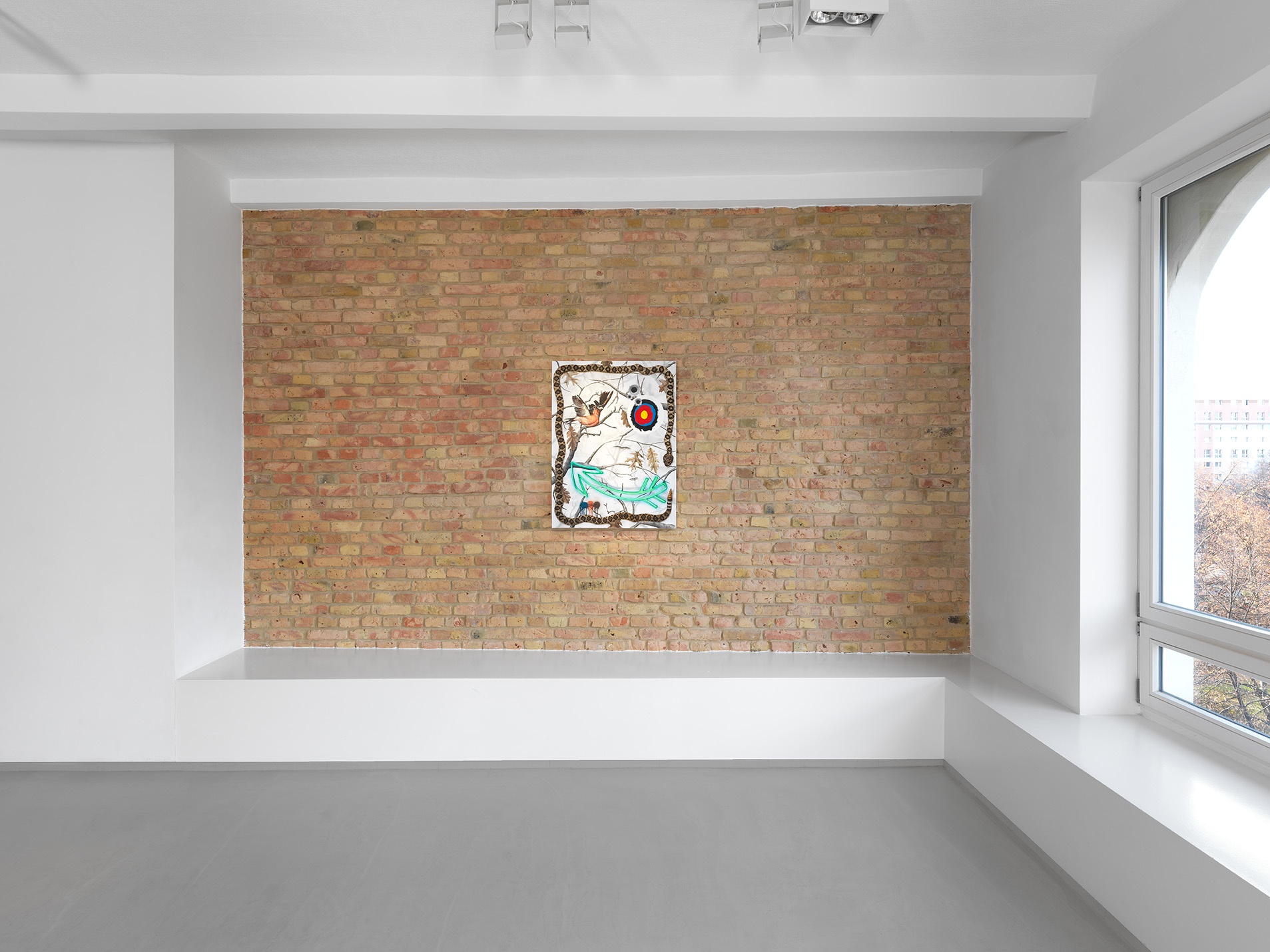 INFO
Katelyn Ledford is an artist living and working in Boston, Massachusetts, but born and bred in the American South. She received her MFA in Painting at the Rhode Island School of Design in 2019. She has been featured in exhibitions internationally with select group exhibitions at Monya Rowe Gallery, New York, NY; Unit London, London, UK; WOAW Gallery, Wan Chai, HK; and Plan X Art Gallery, Milan, IT. Her solo show *Underbelly* is currently up at Aishonanzuka in Hong Kong and she currently participates in her first museum group show *In Crystalized Time* at the Museum of Museums, Seattle. Her solo show *Plastic Smile* at DUVE Berlin opens Nov 12th.

There are extremely thin and inexplicable analogies and relationships between the sophisticated cultural tradition and everyday life in the American South. Katelyn Ledford used precisely those as a starting point for her big European solo debut with DUVE Berlin in Berlin. Raised surrounded by the kitsch Alabama decor instead of art history museums yet growing up deeply connected and appreciative of European painting history, she created a body of work that is unapologetically busting through the door of traditional conventions with a visual Jambalaya of sorts.

*PLASTIC SMILE* comprises a suite of new mixed media paintings in which Ledford uses the highly recognizable smile shape to lure the viewer’s attention into reading their complex content. Employing the literal assemblages of elements that vaguely reminiscence of the eyes and the mouth, the Boston-based artist is appropriating the human face format as a slaphappy template within which she discusses subjects of her interest. Utilizing the humor as a hard-to-resist bait, she’s repurposing the generally negative perception of the term “plastic” and takes the control back as she speaks about truthfulness, superficiality, or cynicism. At the same time, this body of work is a nod to the rare, awkward smile grimaces in old portraits. This ambiguous duality between the humorous and serious appoints the viewer with the role of a decision-maker in terms of which way to view and read these paintings.

As a member of Gen Y/millenial, Ledford grew up unaware of technology’s ubiquity and hyper- connectedness, a setting that abruptly changed later on in her youth. Such circumstances informed her multifarious blend of analog and digital worlds, which led to her tapping into classical vanitas with her current work. Using this established format to express her concerns on a picture plane, she eventually started outlining ideograms of modern-day mortality and pretension. On top of the destined interest in our positioning between authenticity and superficiality under the pressure of social media, the focus of these new paintings is on the demise of domesticity, and the experience of being an American female artist showing in Europe. Or simply, being a woman.


And in order to do so, Ledford is insisting on constructing the work that encapsulates her own experiences while referencing the visual exposure to the omnipresent media and technology. Commenting on the unspoken rule that motherhood ruins an artist’s career, *Trophy Wife*, 2021, and *Trophy Artist*, 2021, compares the two disparate trompe l’oeil shelves - the one filled with elements evoking childbearing or domesticity and the one reminiscent of an artist’s studio. The ambiance of absurdity, evoked by the eclectic mix of utterly mismatched and jarring elements, is informed by the digital technology- imposed saturation of visuals and the chronic lack of hierarchy between them. Such seriously conceptualized paintings are repurposing the polished photorealistic painting skill to create amalgamations of symbols, visual triggers, and an endless range of references, from the history of art to the emoji language. In Ex, 2021, specifically, the demise of domesticity is portrayed by a brick flying through the window of an already damaged household, with such disparate elements as barricade tape or the Nederlandish vase adding cosmical tension to the scene.

Varying in techniques used, from believable trompe l’oeil deceptions to applying the paint straight out of the tube, slapping up ready-made objects, or literally kissing the canvas, Ledford is confidently teetering on kitsch only to cleverly subvert it into a meaningful metaphor (*Game On*, 2021). By destroying and bastardizing appropriated imagery from historical works, she is constructing a lie or a joke that the viewer is invited in on. Armed with humor, subtlety, irony, sour and sweet, a touch of scorned woman anger, and never EVER taking herself too seriously, Ledford is wickering the South’s Gingham pattern into European painterly tradition while busting through the door of traditional conventions and unreservedly announcing, “Hey, what’s up! I’m here y’all!!”
Press Text