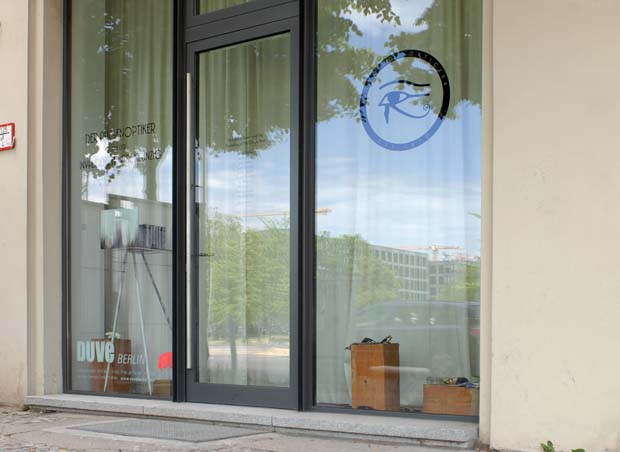 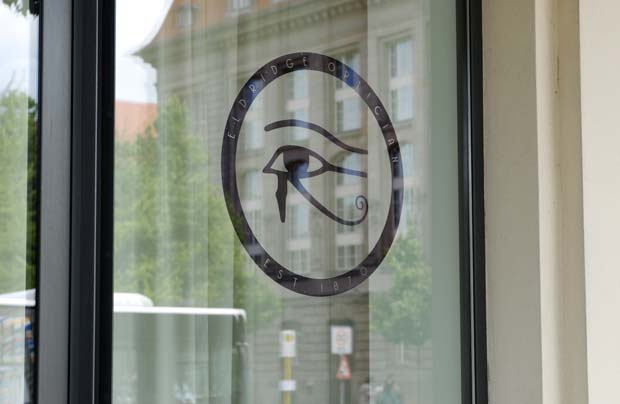 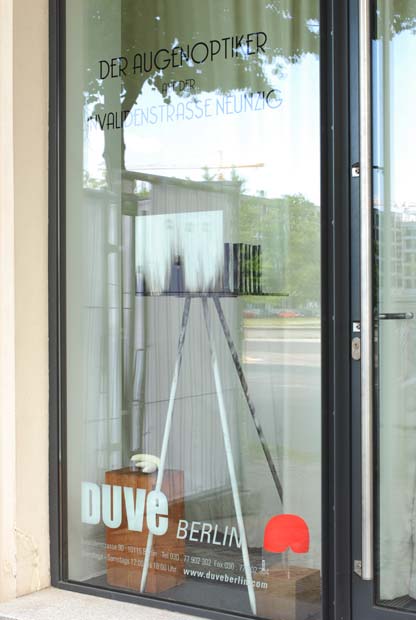 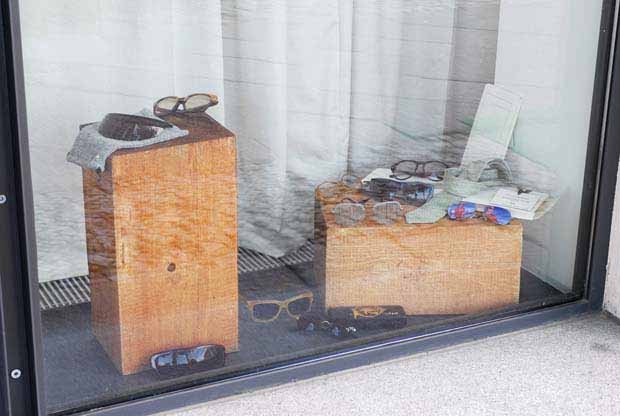 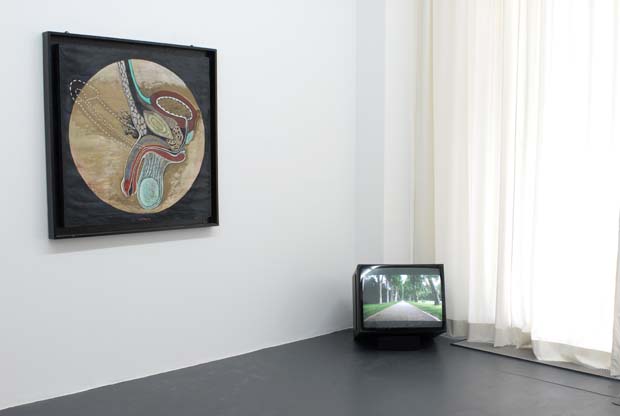 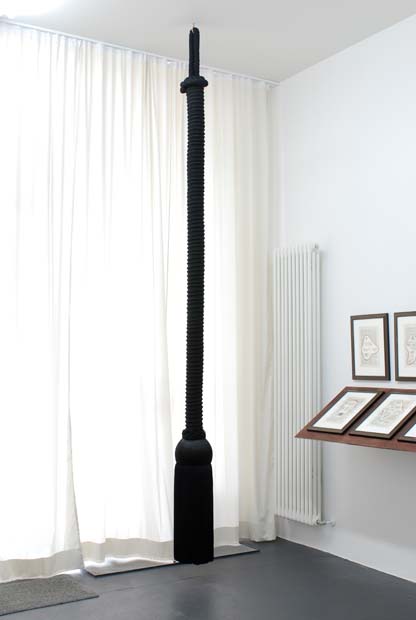 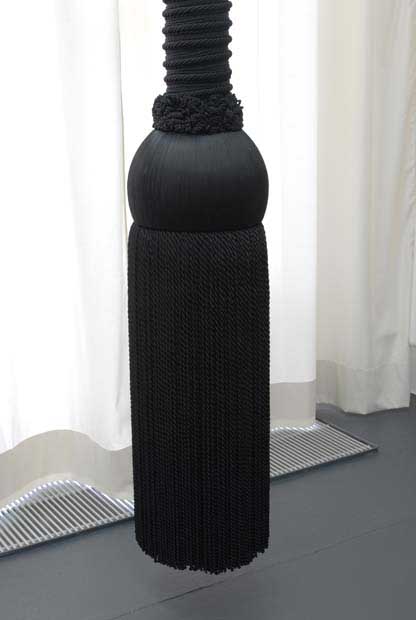 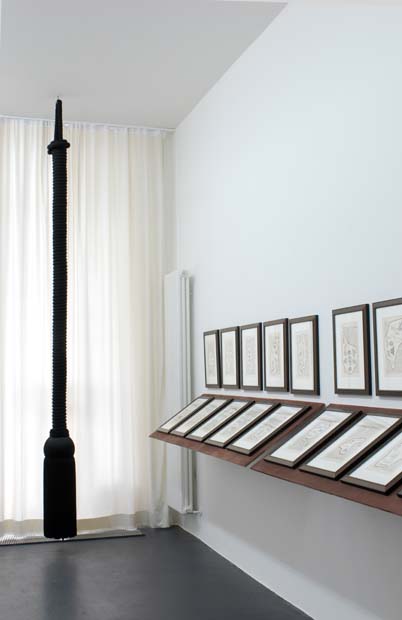 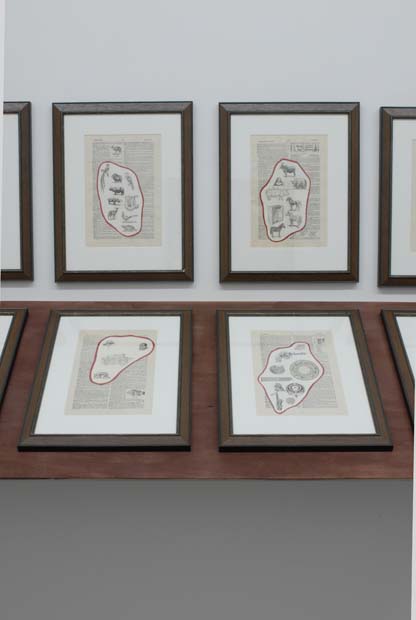 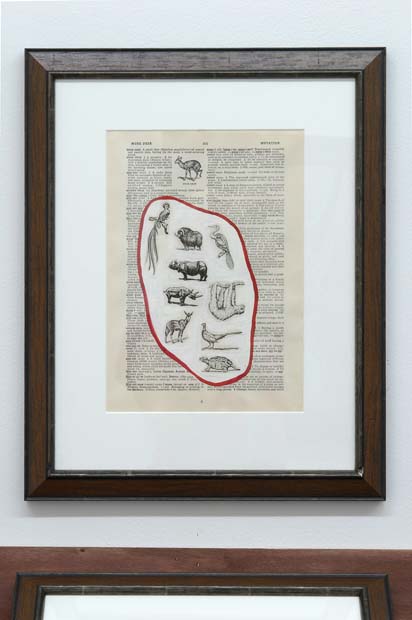 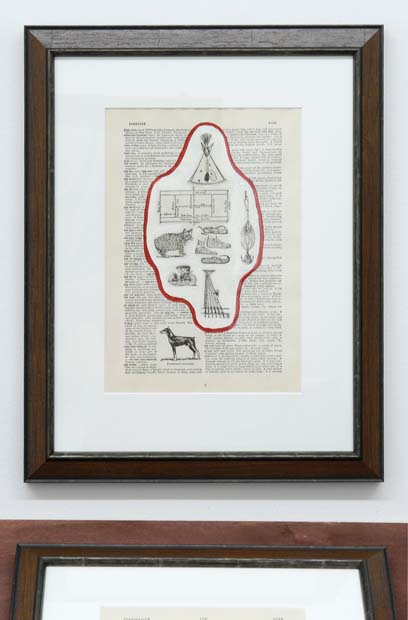 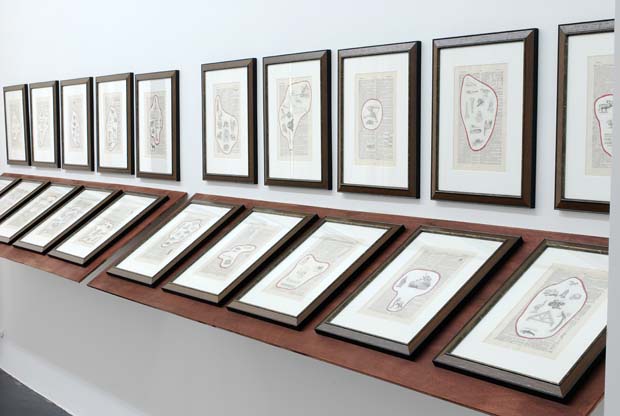 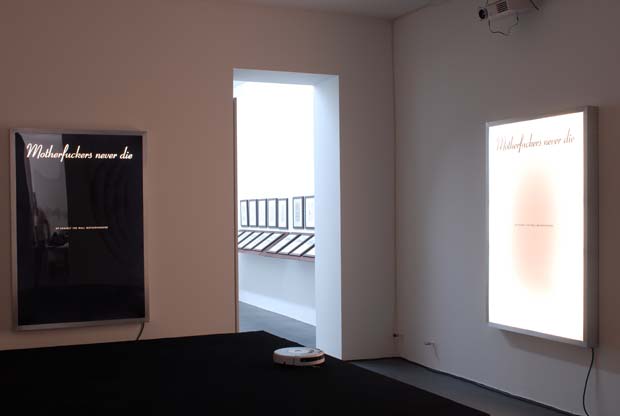 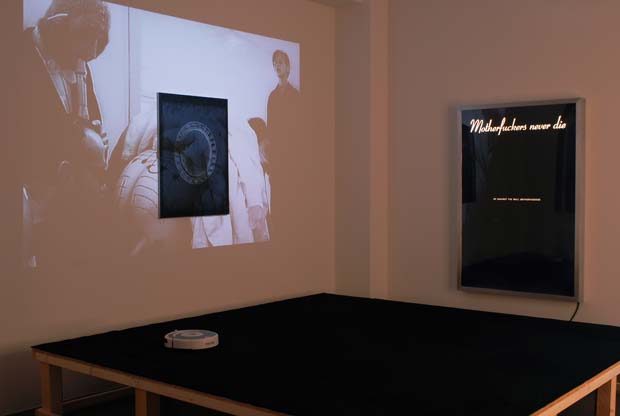 INFO
DUVE Berlin: Hi Rodrigo, this is to talk a little about the exhibition *Der Augenoptiker in der Invalidenstrasse Neunzig* a retrospective show with artists of your own gallery (which has repeatedly been referred to as an anti-gallery) Fruit and Flower Deli (FFD) in New York. FFD has chosen to come in disguise of Eldridge Optician - to add yet another layer of complexity - an optician re-established by Orlando Marina Young on Eldridge Street in New York this year. So, maybe we should start to talk about this kinda intricate entanglement...

Rodrigo Maria Lira: I think this is a perfect start for a conversation around Fruit and Flower Deli and the show we're putting at DUVE Berlin. Starting with the optician is appropriate also, because it's where and what FFD is at the present. The issue of disguises, is important, and has I suppose also to do with being an anti-gallery (a term that Martha Schwendener used to describe FFD, see the correspondence in The Oracle News). When the gallery moved location in NY, it couldn’t 'just be the same old FFD on a new address. The transformation into an optician followed its own logic, and to complicate things more it had to be a real optician in some respect, and that is why we started working with Oscar Magnuson. And it was also partly because of Oscar Magnuson that the idea of the optician developed, first though after some Oracular events that took place on Hydra.

DB: So, you just mentioned the notion of disguise running through this show on various levels.

RML: Well yes, disguises became important, because paradoxically Fruit and Flower Deli became a phenomenon as soon as it opened. It was recognized instantly, which was never the intention.
There were a number of regulations or restrains that the Oracleput upon us, one was no press-releases, another no mailing lists, and the opening hours where Never Open Always Welcome, and we didn't have invites or cards. (This is a press release, so one could claim that we are breaking the rules of the Oracle... but it doesn't work that way, there is no such logic). But the gallery became a projection surface nonetheless and recognizable despite its peculiarities. That, together with other issues of more personal character, was why the gallery not only had to move into a new location but also adapt a new identity/disguise, and eventually it was the one of an optician. One should add that this followed also its own pattern that applied in way conceptually to the idea of the disguise. What better than an optician, for something that is trying to hide? And within its own logic, we also started to collaborate with an eye wear designer, and this have given at hand the next development of FFD. That is why we at DUVE Berlin re-apply the idea of the optician. In NY it is Eldridge Optician, since we are on 237 Eldridge Street, and in Berlin it is Der Augenoptiker auf der Invalidenstrasse.
But the notions of disguise are only running through the outer framework, the gallery disguised to an optician, and this is in a way also a way to deal with the idea of the retrospective, which for the show it self is more relevant, and the works in the show deal with this differently.

DB: So, yeah, the gallery will be transformed into an optician with a collection of Oscar Magnuson spectacles - what else will there be on display?

RML: Well, in the window, there is the logo of the Eldridge Optician, which now is also the Eldridge Optician Group, and the name of its German equivalent. Behind the glass there is a curtain creating a space, that could be seen as the space of the illusion, where displayed are the glasses by Oscars Magnuson, together with a series of white porcelain dick-sculptures with silver glans by Rainer Ganahl, called *I Wanna Be Alfred Jarry*, and a peephole installation by Ylva Ogland called *Xenia Dieci Giorni* showing a series or vaginal masturbation paintings depicting also nature mort with sea shells, and other creatures form the sea, and candles, and then a giant black silk tassel by Hans Isaksson, called "Le charme discret de la bourgeoisie" that has also some kind of erotic connotation. The window display, is the front of the optician, and the false front of Fruit and Flower, and the double false front of DUVE Berlin. The optical, and the glasses, relate to the voyeurism of the art pieces on display, and open up for the understanding of seeing, of another seeing, and also another aspect of the retrospective, meaning not only looking back, but also re-looking, re-considering what has been seen, or not seen. And that is the real context of the show, well inside the show there is an encyclopedic installation by Jan Håftsröm, called *Incidents of Grandma’s Travel in America*, which again is about seeing, scrutinizing, and of a journey. The façade, the front opens up for something, and this is where it leads. Further in there are Jota Castro’s light boxes, one black and the other white, with the text and title’s *Mother Fuckers Never Die*, this a political statement, and echoes in many of the other pieces, as well as in the history of the gallery it self and of the Lower East Side. At the back in the gallery, in the second room, in a corner there is a large symmetrical wall drawing by Judith Braun, which literally is about visual perception, and bringing the visual tactile. In the same room there is a screening of Mai Zetterlings film Nattlek (Night Game), a black and white film, about class conditioned perceptive distortions. At the very end of the show there is a frame with Nicolas Guagnini’s dollar green silk ties, with the word capitalism nicely printed on, as a pattern over the ties, a piece called *Money is no Object*. Maybe this is what one needs the glasses to in the end… but in the real end, there is of course The Oracle, the ruler of the gallery made by Ylva Ogland. It is a painting of an empty mirror and this is perhaps the end of the restrospective.

DB. The exhibition will be accompanied by a newspaper -*The Oracle News*. Interestingly, one of the texts - the one by Marcel Janco discusses a shift of traditional relations between artists, dealers, collectors and critics, which is actually also mirrored in this exhibition itself: By setting itself up in another gallery your project comes into focus as a experimental, artistic endeavor. And, besides that, the logic of this show is one of what Janco calls co-habitation.

RML: Well, yes your are right, I asked Marcel to write a back drop to this show, and Fruit and Flower Deli, for this Newspaper, since he is a writer and has been co-editor of UOVO, and before that, has written about Fruit and Flower Deli, in particular the presentation we did at Artissima 2007. I think there is a long line of dealers throughout the 70's till now that carry on challenging positions and that act in diverse ways, that are not the ones of the traditional art handler. Aesthetically this often implies an expression in itself that also functions as a tool. Our tool has been the Oracle that rules the gallery, and draws us towards an unpredictability, that is how we for instance met Judith Braun, one of our artists. During the short span of our history, we have also had different kinds of venues, sometimes simultaneously, sometimes none. And now we are hosted by another gallery, as a back-back-drop, or a false-false front...

DB: Rodrigo, thank you very much for this introduction. The exhibition will open on June 11, 2010 at DUVE Berlin from 6 to 10. So, we will hang out there, have some beers together and continue our conversation and then hopefully more people will join in.