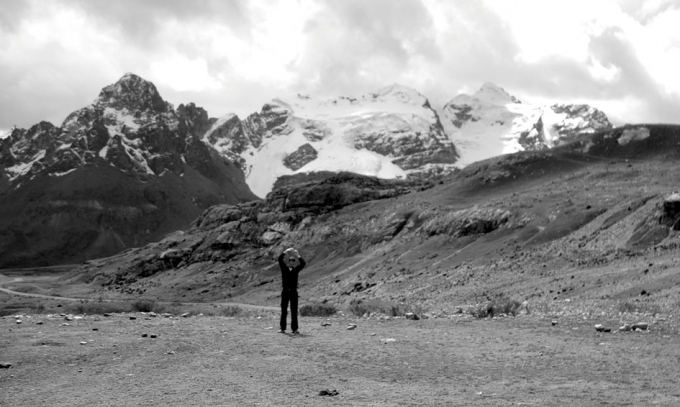 INFO
"Allow me to explain. I agree that man is primarily a creative animal, destined to strive consciously toward a goal and to engage in the art of engineering, that is, externally and incessantly building new roads for himself wherever they lead. But sometimes he may want to swerve aside precisely because he's compelled to build these roads, and perhaps also because, no matter how stupid the spontaneous man of action may generally be, nevertheless it sometimes occurs to him that the road, as it turns out, almost always leads somewhere or other, and that the main thing isn't so much where it goes, but the fact that it does, and that the well-behaved child, disregarding the art of engineering, shouldn't yield to pernicious idleness which, as is well known, constitutes the mother of all vices. Man loves to create and build road; that's indisputable. Buy why is he also so passionately fond of destruction and chaos?" - Fjodor Dostoevsky's "Notes from the Underground", 1864

*The Man of Action (Returns)* by Gabriel Lester is a work that somehow tries to visualize the theory that Dostoevsky deposits in "Notes from the Underground" - that of the 'man of action', being a person who has to act, who feels the pressure to act, also without a necessary benefit and who is not hindered doing this, by too much knowledge or too much awareness of his own actions
In fact what *The Man of Action* does, is performing magic tricks in mime. The action of *The Man of Action* is much like a ritual: a narrative gesture without explicit narrative. By fusing two illusion based actions (magic and mime) the action becomes meaningless - thus reduced to mere action. The presented composition of magic and mime reduces the presentation into pure action, devoid of any meaning.
Here film does not serve as a basic material or means of transportation of a history, but as a visual medium in its purest form. The reduction and disentanglement of an essential part of what we understand as „film", namely the sending of a message, is quoted by Dostoevsky's question: „ But why does he (mankind) love, up to passion, also the destruction and the chaos?" Because here, film without action turns into the very own form of chaos, the dissolving of any order.
Gabriel Lester has performed this conceptual work of video art twice. First he performed it in Iceland in 1997 as *A Man of Action*, and again in 2007 as *A Man of Action Returns* in the Peruan Andes. The idea of repetition was already there, before travelling to Peru and without this work being a rehearsed performance, Lester's unconsciously performed movements, in front of those spiritual landscapes, are very similar to each other in both films.
Therefore *A Man of Action (Returns)"* can be understood as a gestured action that can be indefinitely re-executed and - in contrast to a repeated rehearsed performance - it is based on the subconscious choice of representation possibilities of the artist's magic. Lester presents this re-enactment that can also be understood as a mirror of time, as the magic performer and by this presents the artist as an artist in its original sense.